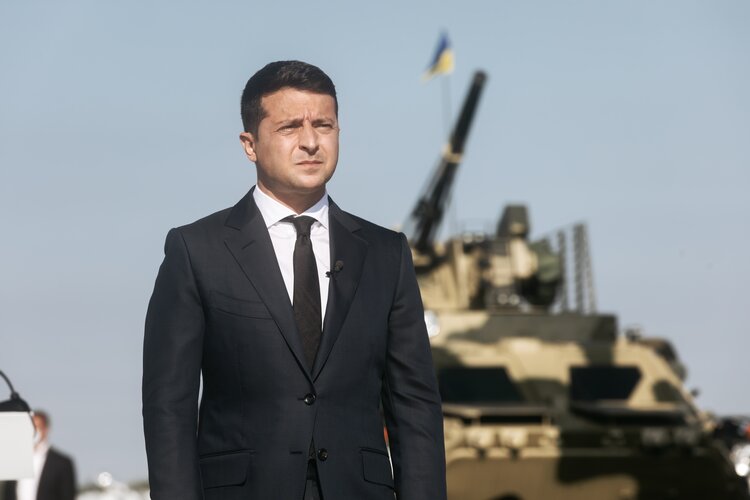 CNN’s Andrew Carey and Yulia Kesaieva in Lviv have been reporting on the Russian invasion of Ukraine and wrote in an update that Ukraine’s military intelligence head said that Russian President Vladimir Putin could be looking to carve Ukraine in two – like North and South Korea.

”Brig. Gen. Kyrylo Budanov, the head of Ukraine’s Defense Intelligence Agency, said Russia’s operations around Kyiv had failed and it was now impossible for the Russian army to overthrow the Ukrainian government. Putin’s war was now focused on the south and the east of the country, he said.”

“There is reason to believe that he is considering a ‘Korean’ scenario for Ukraine. That is, [Russian forces] will try to impose a dividing line between the unoccupied and occupied regions of our country. In fact, it is an attempt to create North and South Korea in Ukraine.”

“We are already seeing attempts to create “parallel” authorities in the occupied territories and to force people to give up [the Ukrainian] currency.”

The update comes on the weekend that US President, Joe Boden, has returned to the White House early Sunday after a three-day trip to Europe.

At the end of his address from Warsaw, the US president made a major declaration saying, “for God’s sake, this man cannot remain in power.”

The Kremlin reacted quickly to the President’s remarks with Putin’s spokesman Dmitry Peskov saying, “This is not to be decided by Mr. Biden. It should only be a choice of the people of the Russian Federation.”

“The President’s point was that Putin cannot be allowed to exercise power over his neighbors or the region. He was not discussing Putin’s power in Russia, or regime change,” a White House official said.