Activision (ATVI) shares surged to $90 early yesterday as news broke of a deal with Microsoft (MSFT). The Wall Street Journal appears to have first broken the story, which saw ATVI stock surge straight to $90 or up nearly 40% on the previous close. The story was soon confirmed as Microsoft released a press statement.

Microsoft would pay $95 a share, which puts the deal down at $68.7 billion. The deal is all cash and is due to close in 2023. Activision CEO Bobby Kotick is likely to leave the company in 2023 once the deal closes, according to reports. Activision has been under intense scrutiny after accusations of sexual harassment surfaced. The company has reportedly confirmed the exit of 37 employees since the news broke back in July, and Activision has taken action against 44 other employees, according to the WSJ.

The situation with regard to Sony gets interesting as Sony shares dropped sharply yesterday once the rumour was confirmed. Sony was Activision’s’s largest customer in 2020, accounting for nearly 20% of its revenue. Sony Playstation boss Jim Ryan had expressed “deep concern” at the harrassment allegations and said, “We do not believe their statements of response properly address the situation.” Sony now finds itself staring down the possibility that some major Activision titles such as Call of Duty and Candy Crush will no longer be available on the Sony Playstation platform.

It appears from the latest reports that Microsoft took advantage of the timing to negotiate the deal. According to Bloomberg, Microsoft senior executives suggested that PlayStation head Phil Spencer contact Activision and make it clear that Microsoft had concerns. Microsoft also wanted to keep an eye on the fallout and see if a potential deal could be done.  The company had been on the lookout for acquisitions in the gaming space.

The deal is set at $95 and given that Microsoft has agreed to pay $3 billion if the deal falls through it must be fairly confident of getting it completed. Currently, ATVI shares are trading at $82.53 in Wednesday’s premarket. As is usually the case in a merger, the shares of the target company usually trade at a lower price than the takeover price due to risk premium. Occasionally, they can trade above the takeover price if investors believe the offer is too low or they anticipate a bidding war from another pursuer. In this case, there cannot be too many companies with $69 billion in cash waiting in the wings. 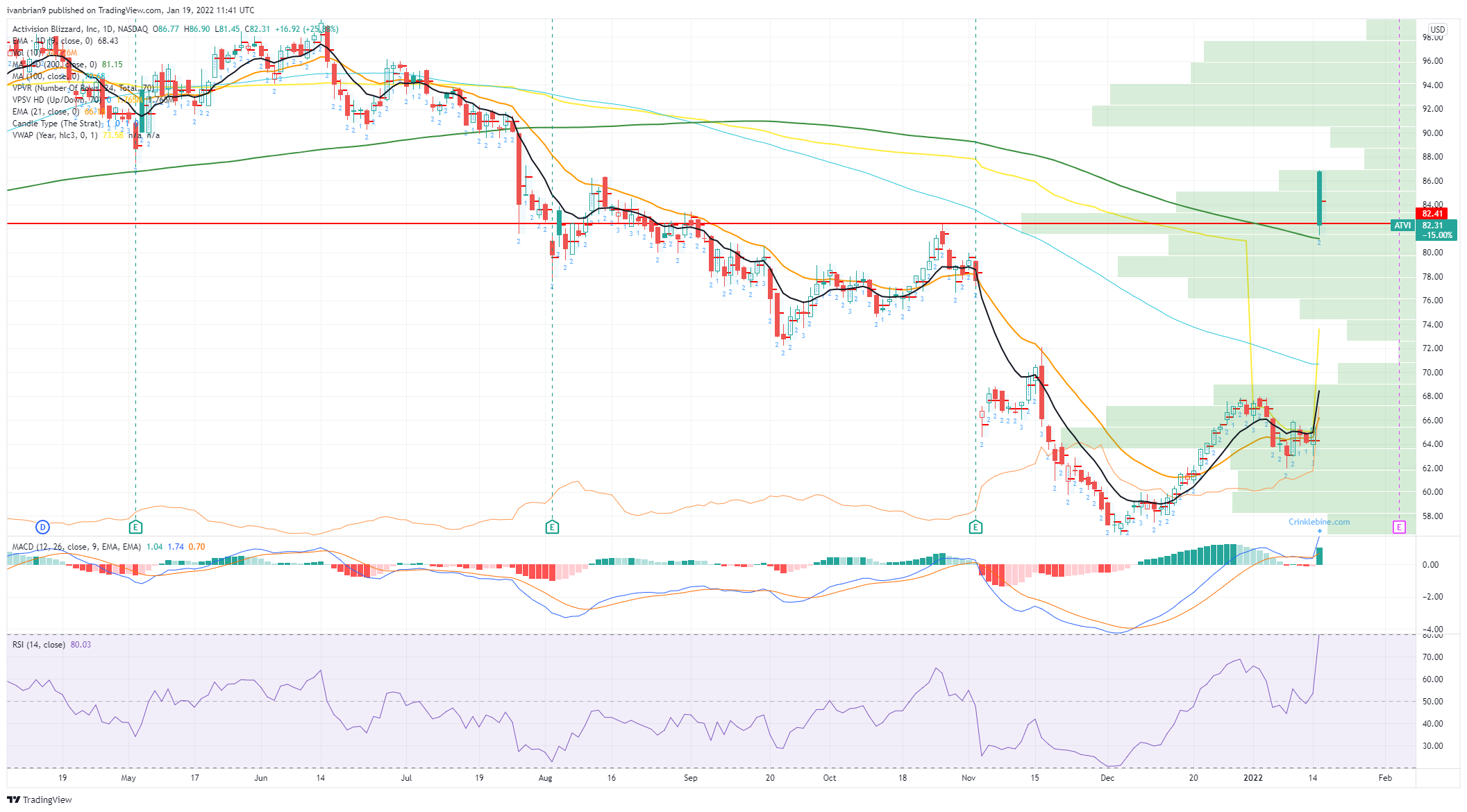 By comparison Microsoft stock fell on the news. The deal will immediately be accretive to earnigs on completion. MSFT shares closed just over 2% lower on Tuesday after the announcement. Technically, the stock looks to be under pressure with $318.23 the bullish pivot and the next key support coming from the 200-day moving average at $292. 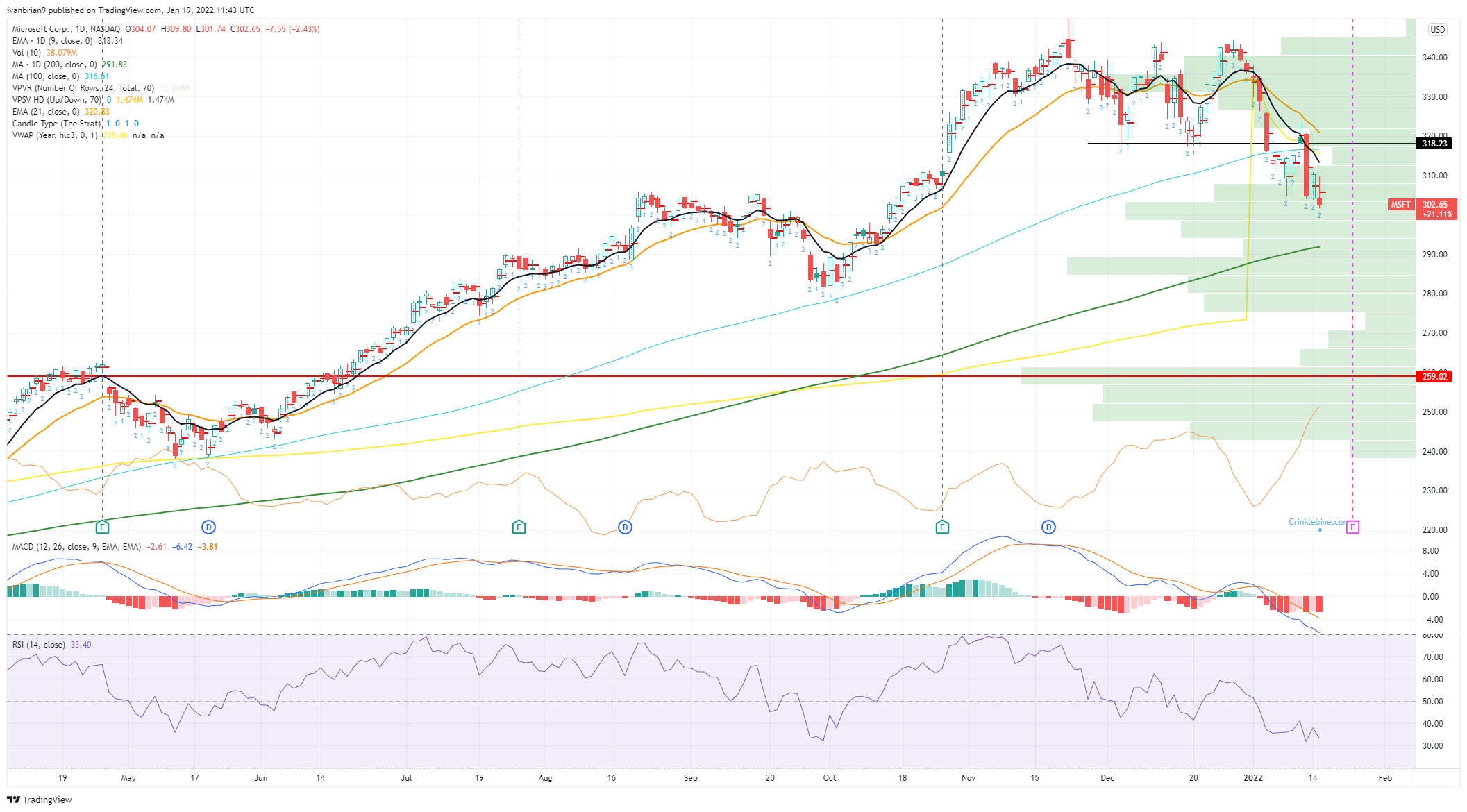