Affirm (AFRM) stock is back on the charge after a strong set of earnings sees it ramp up over 30% in Friday’s premarket. At the time of writing, AFRM stock is trading at $24.72 for a gain of 37%. However, when taken in the context of the last six months, it is not so pretty. AFRM stock is down from a high of $176 in November and has fallen close to 90% year to date. That is an incredible fall, so today’s rally needs to be put in that context.

Now let’s try and look at the positives here. AFRM reported earnings per share of $-0.19 versus the $-0.54 estimate. Revenue was $355 million versus the $344 million estimates. The stock immediately shot up 20% in afterhours trading on Thursday, once the results came out. The gains were then added to when Affirm gave more details on the conference call. Management extended its partnership with Shopify (SHOP) and also predicted sustained profitability in 2023.

Revenue guidance was increased from $1.3 billion to $1.335 billion. It expects to lose 6-7% of revenue compared with 13% previously estimated. This is where our problem arises. AFRM loses money, and stocks that lose money will be severely punished in this environment. This is exactly what happened in the post-2008 crisis. If you carry debt, you will be punished. AFRM has a lot of debt, billions worth. Interest rates are rising, so the cost of debt increases. Debt is fine so long as it can be invested for greater than the cost to service it. Affirm operates in the Buy Now Pay Later category. Consumer credit will tighten as inflation bites. This is why stocks are in a bear market. This is a clear bear market rally and not surprising when you consider the stock is down 90%.

Below $50 the stock remains bearish. That is some way off, but it is the last significant high in the current cycle. This rally will play out as both the Relative Strength Index (RSI) and Money Flow Index (MFI) were oversold, but it will eventually stop. 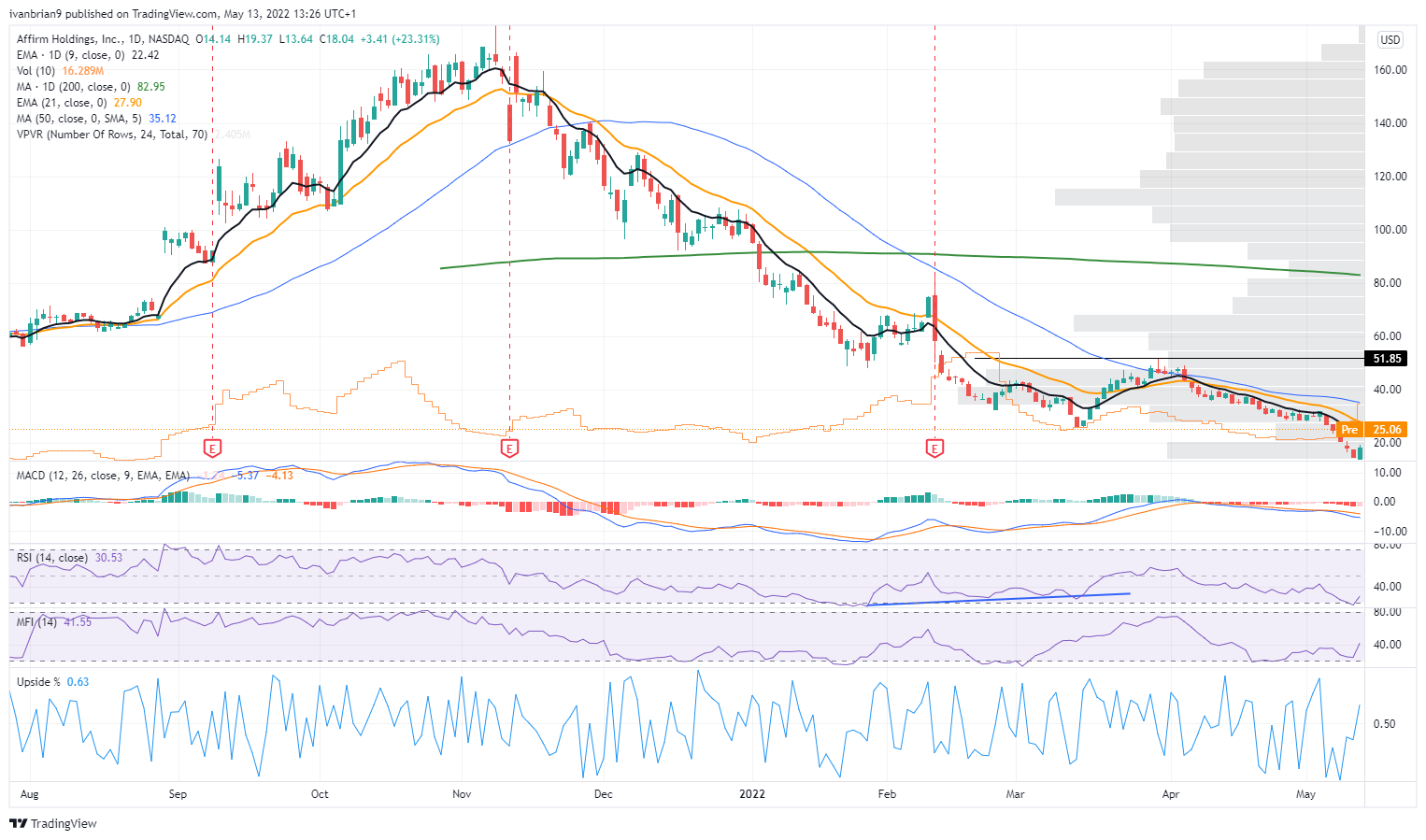