AMC is set to release earnings on Monday, November 1. Given the huge retail interest in AMC, those results will be closely watched. It should be noted that the AMC results are still estimated and not confirmed as being released today. Reuters carries them as being estimated for today, so FXStreet is not sure if they are due before the market opens or after the close.

Growth figures will obviously be huge given the comparison versus last year’s pandemic numbers. Revenue for the quarter is expected to hit $717.05 million versus $119.5 million last year. Earnings per share (EPS) is expected to come in at -$0.53, compared to a loss of -$8.41 for the same quarter last year. Investors will be focusing on attendance numbers and releases lined up for the holiday period, as well as any ancillary business models, since CEO Adam Aron has hinted at some new developments recently.

Separately, AMC did announce October admission data this morning, and the continued bounce in cinema attendances continues. AMC confirmed admissions revenue for October was the highest since February 2020 for the US box office and also the highest internationally since the pandemic began.

Now it is starting to get a bit interesting here with the release imminent. Volume and price action have been flatlining, and a catalyst is needed to break AMC out. This is also a high volume zone, so hence the relative stabilization of the stock price. We can see some support around $34.60 with repeated testing and a bounce from here. Breaking that would lead AMC toward $29.82 and more likely the 200-day moving average at $27.47. The yearly Volume Weighted Average Price (VWAP) is at $26.82, so this zone around $27 would be our target on a break of $34.60 and a chance to buy a dip. 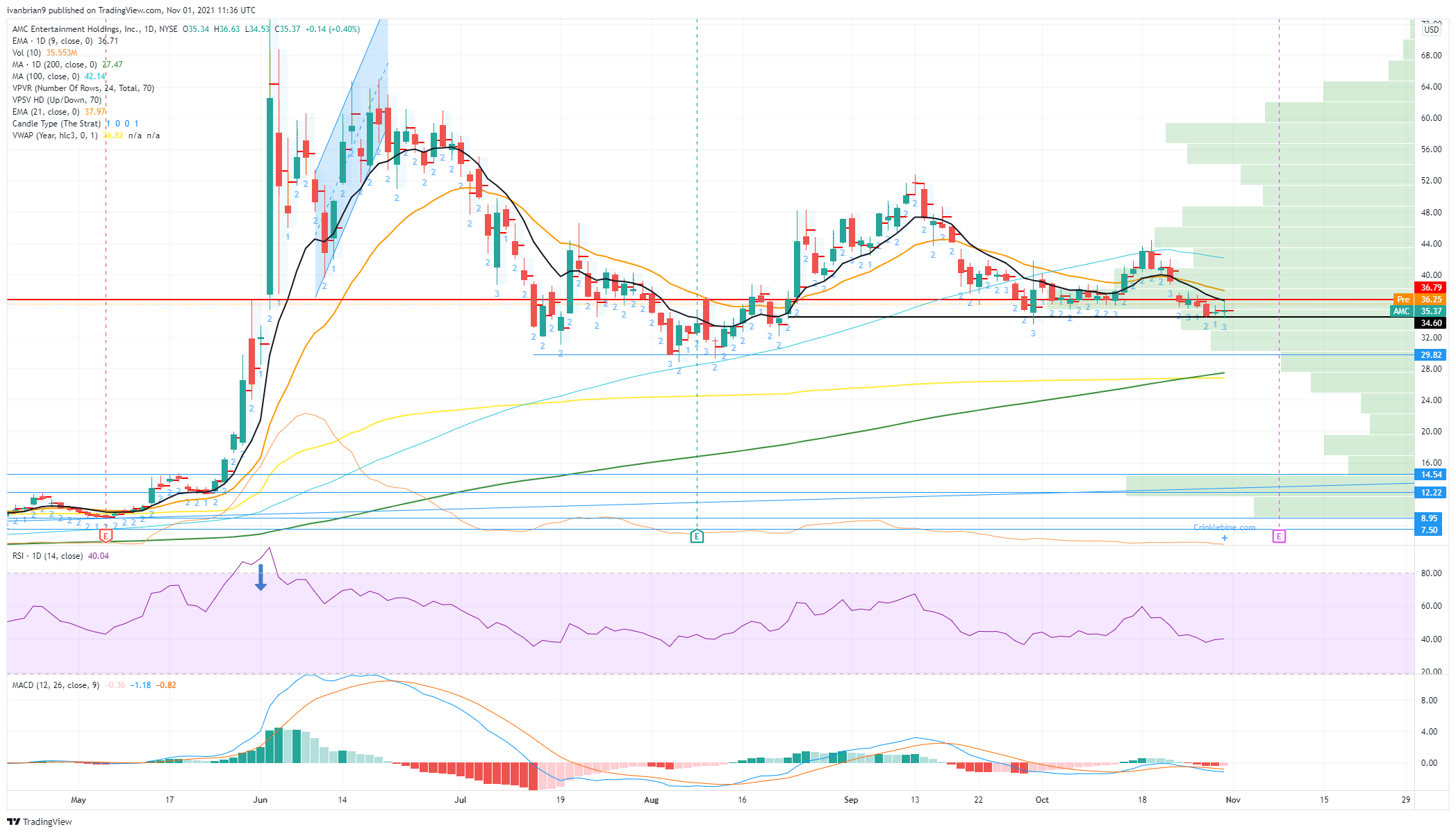