AMC popped a bit on Thursday, outperforming the general equity performance. While most stocks would be happy with a gain of over 3% it is small change for a meme stock name like AMC. However, it is still not to be sniffed at in a market where volatility and volumes have been steadily declining this week.

The stock appears to have popped on the back of talk of another attempt at a short squeeze. Twitter saw various screenshots being circulated that the short interest was at 40% and meme traders tried to rouse the troops for another squeeze attempt. The #AMCSI40 began to circulate on Twitter, AMCShortInterest 40%. We cannot find any indication that the short interest is this high with various sites reporting it being around 18%.

Despite Thursday’s pop the stock definitely remains bearish in long-term and medium-term time horizons. Short term we do have a bottom in place from Dec 14 which is so far being confirmed by the rising RSI. The RSI is weak and below 50 though. MACD has also crossed into a bullish signal. So far AMC has struggled to gain traction above $30 and that remains the case. While we have a bottom in place we also have had a series of lower highs since November meaning the trend is not strong. The last high was $32.23 from last week. This would need to be broken to confirm the short-term bottom and a short-term uptrend. After that $34.60 is a big level. Support is at $26.92 is holding for now but a break will see a retest of the Dec 14 low of $20.80. 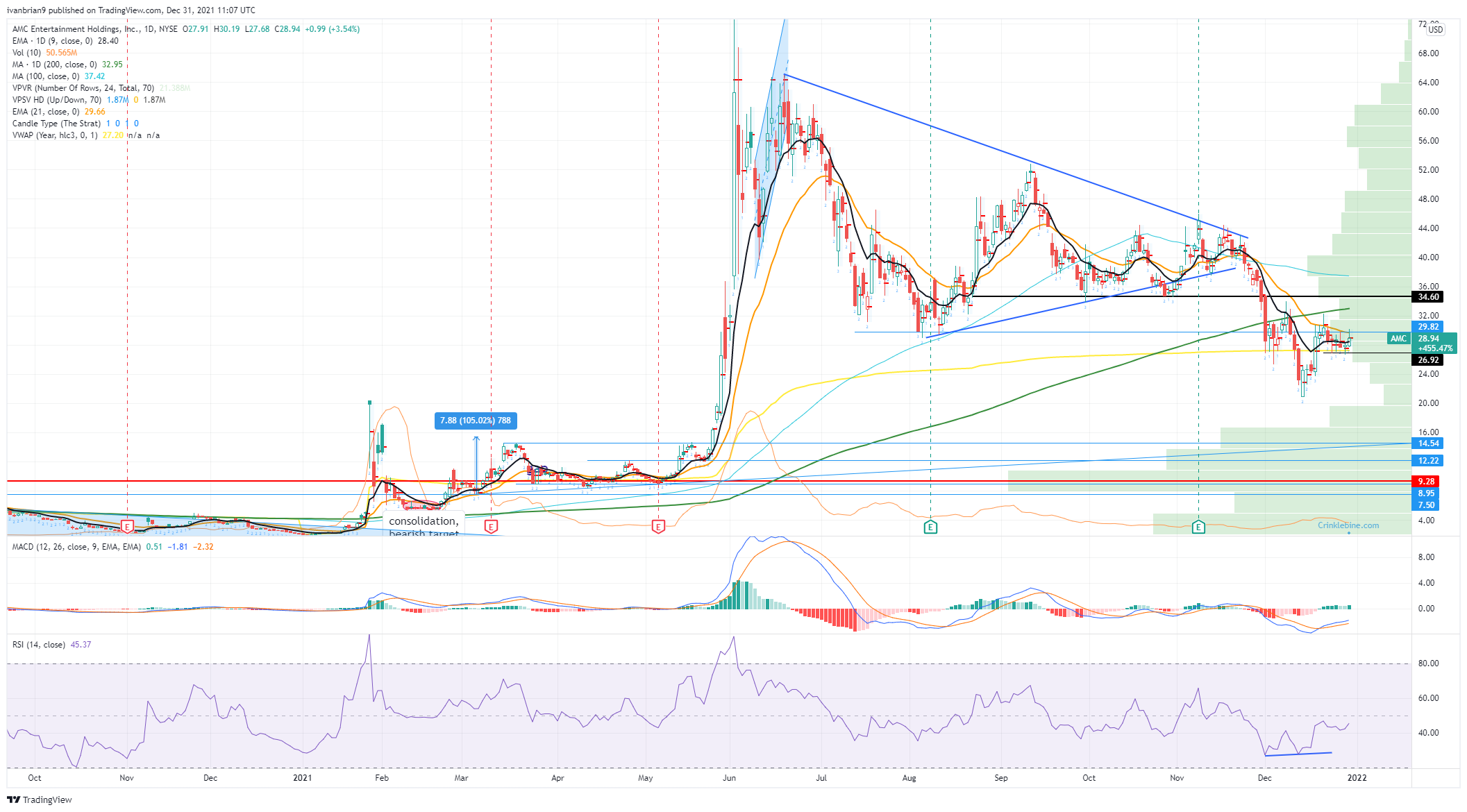