Apple (AAPL) stock did not do much on Thursday as the markets continue to see out the year in a calm fashion. Volatilities and daily ranges are falling as investors increasingly look to exit not only positions but the market in general. Today is the last chance for some year-end position squaring so there may be a bit more volatility than previous sessions but overall the tone is one of ambivalence.

Apple had some problems with a Foxconn factory in India and now appleinsider.com reports that Apple has been shifting more and more of its business from Foxconn to Chinese Luxshare. Nikkei first reported back in August that Apple had tapped Luxshare to assemble  3% of iPhone 13 models. Apple reportedly conducted a secret deal with China worth $275 billion and part of that deal is to invest in local companies.

We wrote recently that a potential double top was forming in Apple and this is still paying out. But the formation is beginning to gain more credence the longer Apple shares stay rangebound. To recap a double top is a bearish formation with the target being the length of the peak to valley range. In this case, the two tops are the record high at $182.13 from December 13 and last Tuesday’s high of $181.33. The trigger will be if Apple closes below $177 in our view. The size of the peak to valley floor is $15 from $182 to $167 so the target would be $152 if the double top does trigger. We can see clearly the diminishing volume this past week and the declining RSI. The MACD is flatlining so not giving us many clues. 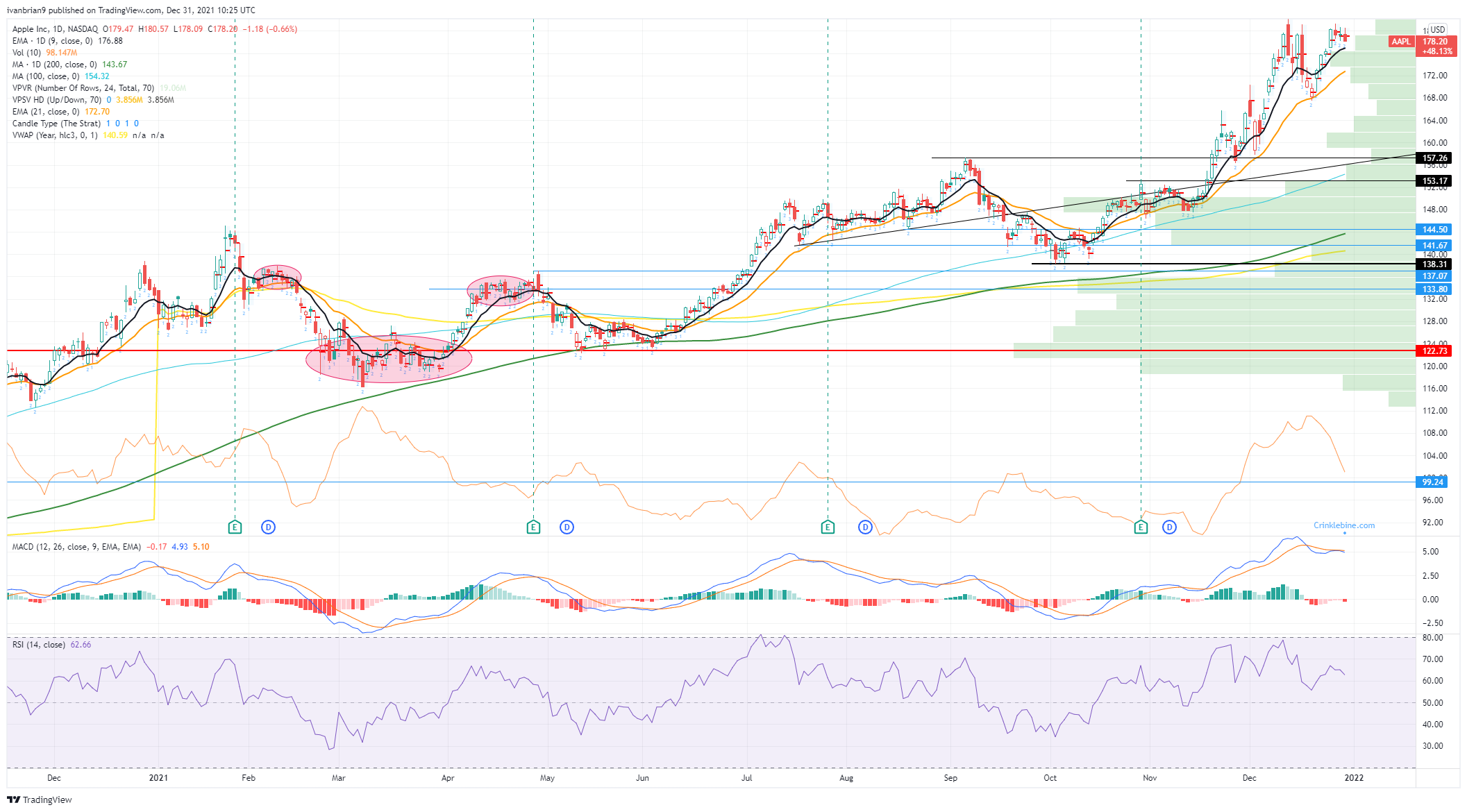