Apple rebounded sharply on Tuesday to add to the modest gain on Monday. Modest might be an understatement though. Apple closed up 0.01% on Monday, so let us call that flat and not engage in sensationalism.

Yields rose as Fed Chair Jerome Powell maintained the recent more hawkish pivot, but yet again the US central bank has calmed markets by outlining its plans well in advance. March is now looking likely for the first Fed hike lift-off.

Apple is apparently seriously looking into streaming live baseball as streaming companies increasingly target sports fans as a means of revenue and subscriber growth. Amazon has entered the sphere with broadcast rights from US Open tennis and some international rugby matches in Europe. More significantly, this year marks Amazon’s first foray into broadcasting the Premier League in the UK, which is a prized possession and long-time bastion of Sky.

The good news for AMC fans and meme stockholders is news that AMC Theatres on demand has just been launched on Apple TV. Probably not too significant for Apple but sure to grab some social media attention for AMC fans.

The double bottom is the most obvious and powerful pattern in the Apple chart below. Double bottoms are significant reversal patterns and should push Apple to make another move for fresh all-time highs. $167.63 is then the short-term support and pivot. The target is $197 if this pattern holds. Breaking $167 will see a move to test the $153 support. While the double bottom is a powerful indicator, others remain negative or rangebound. The Relative Strength Index (RSI) is stuck at a neutral 50, and the Moving Average Convergence Divergence (MACD) has crossed into a bearish pattern. 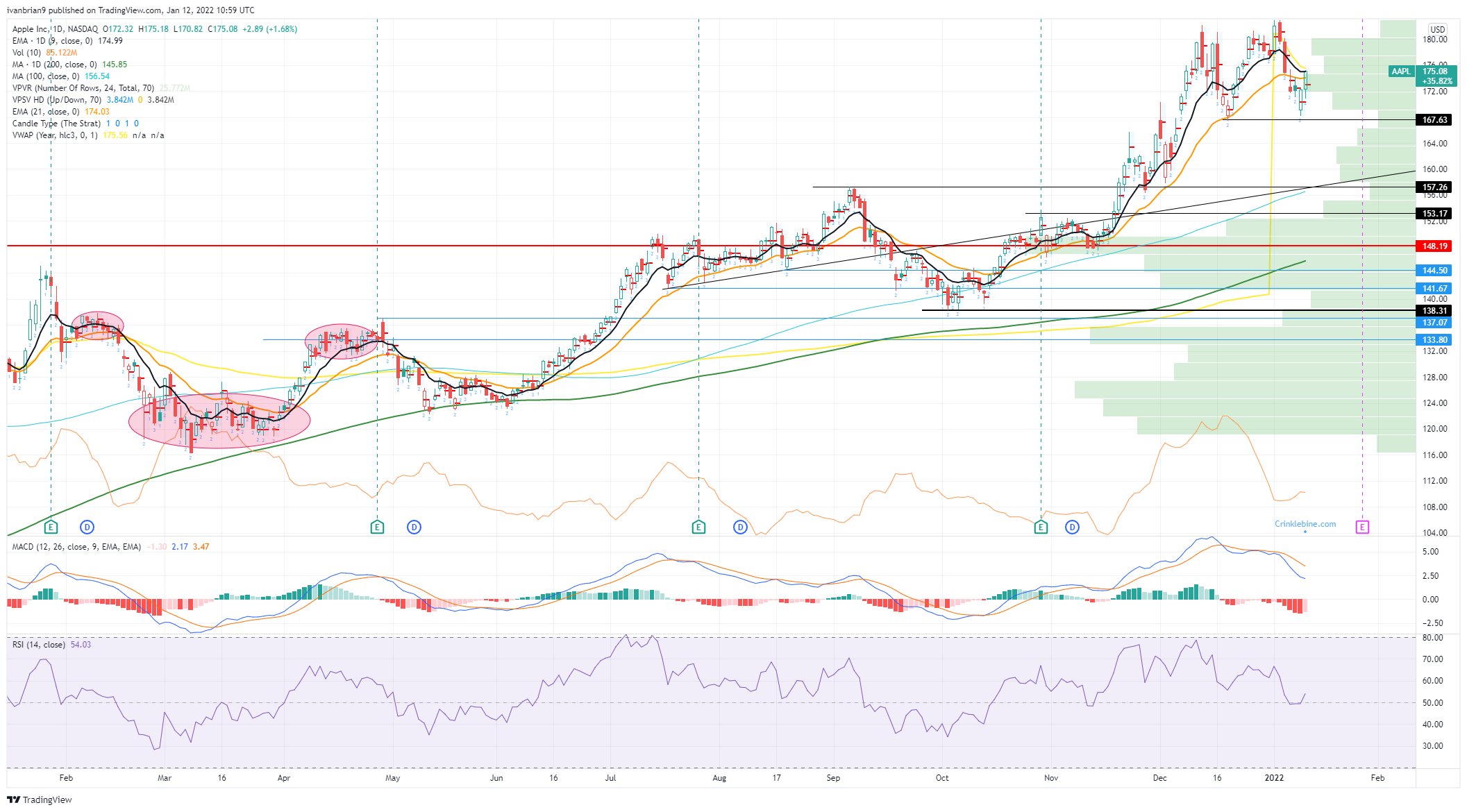