Apple (AAPL) is an interesting one to keep an eye on right now as a sign of the overall bullish sentiment that just cannot be tamed. Despite Apple producing a decidedly average set of results last week, the share price has held up remarkably well after an initial move lower. The overall market remains very strong with a series of record highs last week for the major indices and some stunning moves by big tech names, especially Tesla (TSLA). Apple has held above $150, making a move to fresh record highs above $157.26 very achievable. That would be some achievement for bulls after a disappointing earnings release.

Apple releases earnings on October 28. As ever they were highly anticipated, but this time they let investors down. Earnings per share (EPS) came bang in line with expectations at $1.24, while revenue slightly missed analyst expectations at $83.36 billion versus expectations for $85.05 billion. The tone of commentary with regards to outlook was not exactly reassuring with problems over supply chain issues and semiconductor chips hitting outlook. The next session Apple was down nearly 2% as investors digested the news.

Now we mention Tesla above as a strong contrast to Apple over the last few weeks. While Apple stock has been struggling Tesla’s has been truly going to the moon. Bloomberg reported over the weekend that Apple has hired a former Tesla software director for its own car development. Rumours have been circulating for some time about Apple’s pivot toward an electric car.

Just as an aside, Apple is now trading ex-dividend as of Friday. The dividend is $0.22 and will be paid on November 11.

Apple in our view reaches a key juncture after results. The stock has retraced most of the losses after earnings and sits virtually unchanged now from just before earnings. Clearly then this is the pivot. Earnings were poor or at least disappointing. Breaking the high at $153.17 put Apple stock firmly on course to break all-time highs in our view. If the stock does not break above, then it proves this was a perfect retracement failure and should set AAPL a target of $138.31 in the short term. This is key support as it was a double bottom. The 200-day moving average also sits close by, making it even stronger support. 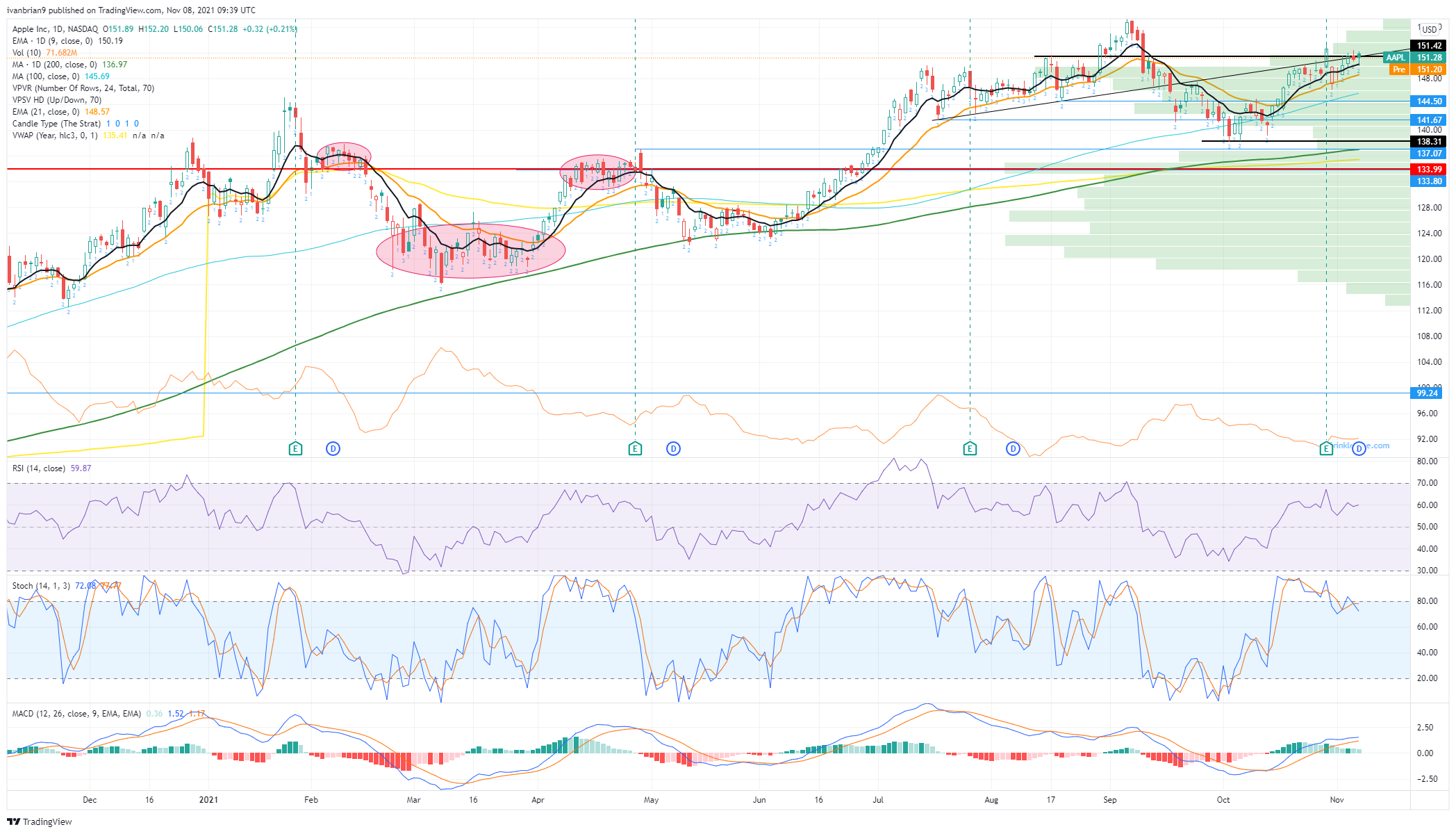