The AUD/JPY begins the Asian Pacific session barely up after Thursday’s price action, which portrayed an extension of a three-day fall in the cross-currency pair, courtesy of a downbeat market mood as Russia-Ukraine failed to find common ground that could put an end to the conflict, as Vladimir Putin plans said that Russia will fulfill their gas contracts, but in exchange have to be paid in roubles. At 91.22, the AUD/JPY reflects a risk-off sentiment.

Wall Street’s last trading day ended on the wrong foot for US equities, which recorded losses. Meanwhile, Asian stock futures are pointing to a lower open, meaning that safe-haven peers might find a bid on April’s first trading day in the FX space.

Overnight, the AUD/JPY opened near the 92.00 mark, the Thursday high. However, it was followed by a dip below the 200-hour simple moving average (SMA), extending its losses to 90.76 before resuming the uptrend and reclaiming 91.00.

Despite that, the AUD/JPY bias is upwards. However, it’s worth noting that the price action in the previous three days recorded subsequent lower highs and lower lows, meaning that a possible consolidation lies ahead.

On the flip side, the AUD/JPY first support would be 91.00. A breach of the latter would expose Pitchrofk’s central-parallel line around the 90.20-30 area, followed by the 90.00 mark. 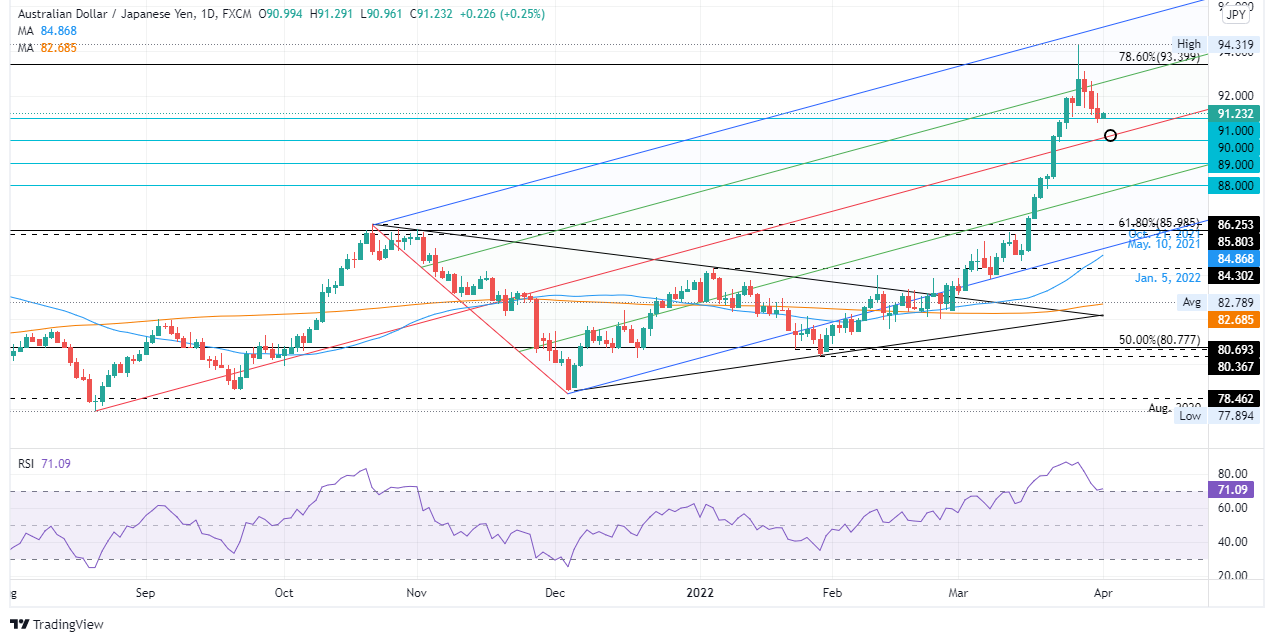