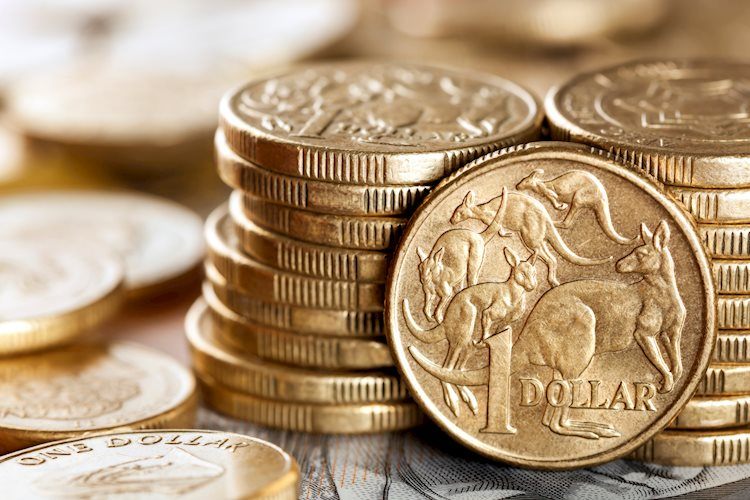 AUD/USD reverses the pullback from the weekly top, after posting the biggest daily fall in a week, as traders prepare for the all-important Australia employment report for April. Even so, the broad risk-off mood probe the recovery moves near 0.6975-80 amid the early Thursday morning in Asia.

Market sentiment soured the previous day with the usual catalysts, namely inflation and growth, weighing down the risk appetite. Higher inflation numbers from the UK, Eurozone and Canada appear to be fueling the fears of slowing growth moving forward. The same could be witnessed in the recently watered-down US Gross Domestic Product (GDP) forecasts from the leading banks.

Elsewhere, Shanghai’s refrain from total unlocks and an increase in covid cases in mainland China joined fresh virus-led activity restrictions in Tianjin, the port city near Beijing, also contributing to the risk-aversion and weighing on AUD/USD prices.

Additionally, downbeat prints of Australia’s Westpac Leading Index for April, Q1 2022 Wage Price Index and China’s housing numbers were also responsible for the AUD/USD pair’s downside. It’s worth noting that the US housing data for April gained little importance as the flight to safety underpinned the US Dollar Index (DXY) to post the biggest daily gains of a week, not to forget snapping the previous three-day downtrend.

Amid these plays, Wall Street benchmarks saw the red while the US 10-year Treasury yields dropped 11 basis points (bps) to 2.88% by the end of Wednesday’s North American trading session.

Looking forward, Australia is up for publishing April month employment data that bears upbeat forecasts with the headline Employment Change likely rising to 30.0K from 17.9K previous readout whereas the Unemployment Rate is expected to ease to 3.9% versus 4.0% prior.

“Given that weekly payrolls suggest weather and holiday events dampened jobs growth in April, Westpac anticipates employment to lift by 20k for the month. The participation rate holding flat at 66.4% should see the unemployment rate move downwards (Westpac f/c: 3.9%),” said Westpac ahead of the release.

AUD/USD reverses from 100-SMA on 4H, around 0.7035 by the press time, for the third time in a month as MACD teases bears, suggesting further downside towards the weekly bottom surrounding 0.6870.