The Australian dollar slides below 0.7400 amidst a slow trading session as financial markets remain shut due to the observance of Easter Friday. At the time of writing, the AUD/USD is trading at 0.7392.

The AUD/USD extended its fall on mixed US economic data featured on Thursday. However, the dovish stance adopted by the Reserve Bank of Australia (RBA), pushing back hiking rates, favors the greenback. In the meantime, despite a dull session, the US Dollar Index, a measurement of the buck’s value against its peers, is up 0.69%, sitting at 100.525.

Data wise in the week, the Australian docket witnessed some mixed results, led by the disappointment in the Employment Change report. Even though it showed the creation of 17K new jobs in the economy, it was lower than the  40K estimated. At the same time, the Unemployment Rate uptick to 4%, though in line with RBA’s target. On the positive side, NAB Business Confidence March’s survey came at 16 higher than the previous month, while Consumer Confidence for April fell to 95.7 from 96.6 in March.

Meanwhile, the US economic docket revealed that consumer inflation in March rose above the 8% threshold, at 8.5% y/y, the highest since 1981, while excluding volatile items, the so-called core, increased 6.5%, lower than the 6.7%, a signal that inflation was about to peak. Nevertheless, on Thursday, the Producer Price Index (PPI) sent the “positive” expectations of consumer inflation over the board, showing that prices paid by producers rose by 11.2% vs. 10.6% estimations, while core PPI increased by 9.2%, higher than the 8.4%.

Now that data is in the rearview mirror, it’s worth noting what the next week would bring for AUD/USD traders. The Australian docket will feature RBA Minutes and the Consumer Price Index. Across the pond, the US docket will reveal US Building Permits, Housing Starts, Existing Home Sales, and Flash PMIs. 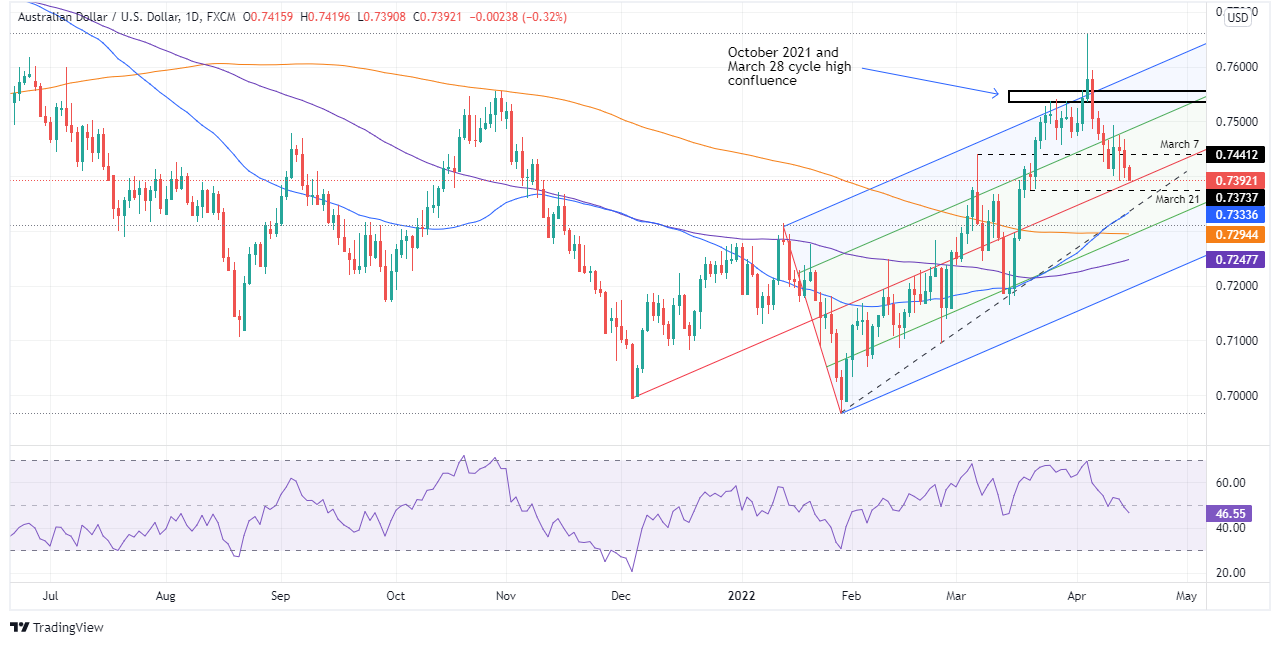