The AUD/USD extends Thursday’s losses and plummets 130-pips as market mood deteriorates. Fed policymakers continued telegraphing a 50-bps rate hike in the May meeting, while some investment banks expect even 75-bps increases. At the time of writing, the AUD/USD is trading at 0.7248

US equities reflect the abovementioned mood in the market, recording losses. The US 10-year Treasury yield records modest losses of one basis point, currently at 2.903%, while the greenback remains buoyant as shown by the US Dollar Index, gaining 0.55%, which was last seen at 101.180.

In the week, some Fed officials expressed that the US central bank needed to move “expeditiously” towards neutral and emphasized that 50-bps hikes to the Federal Funds Rates (FFR) might be required. Even St. Louis Fed President Bullard stated that a 75-bps rate hike had to be considered. However, the words that resounded were made by Fed Chair Powell, who commented that a 50-bps rate hike in the May meeting “is on the table,” spooking investors as bond yields rose while US equities tumbled on Friday, their worst loss in the week.

Meanwhile, Nomura was in the headlines with a prediction that after a 50 bps rate hike in May, the Fed would follow up with two 75 bps rate hikes in June and July.

That’s what happened on Friday. The AUD/USD is 20-pips below the 100-day moving average (DMA) after plummeting 130-pips and leaving the 50 and the 200-DMA above the exchange rate, meaning that the AUD/USD could shift bearish if certain conditions are met. 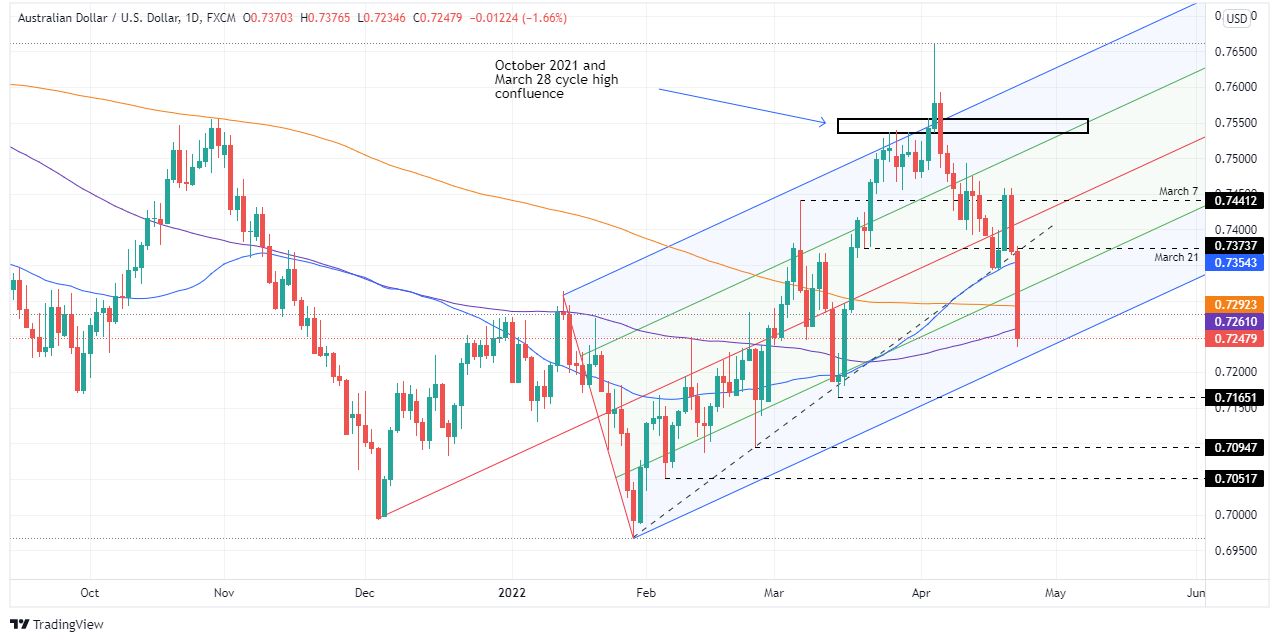