AUD/USD bears are moving in from a first resistance area for the session ahead, although the risks are skewed to the upside considering the hourly double bottom lows at a firm support area.

As per the prior analysis at the start of the week, AUD/USD Price Analysis: A countertrend trader’s set up in the making? the price has indeed made the forecasted correction as follows:

It was stated that the price ran into what would be expected to be a strong area of support and given the imbalance, a correction was the most probable next scenario.

”Looking back at the price action, it would appear that there is a huge imbalance all the way back to the 0.7450s. This also coincides with a 61.8% Fibonacci as well as a smoothed 200 hourly moving average.”

Following the analysis, the price indeed started to recover from the marked support area. It made a 38.2% Fibonacci retracement initially that pave the way for with potentially more on the way: 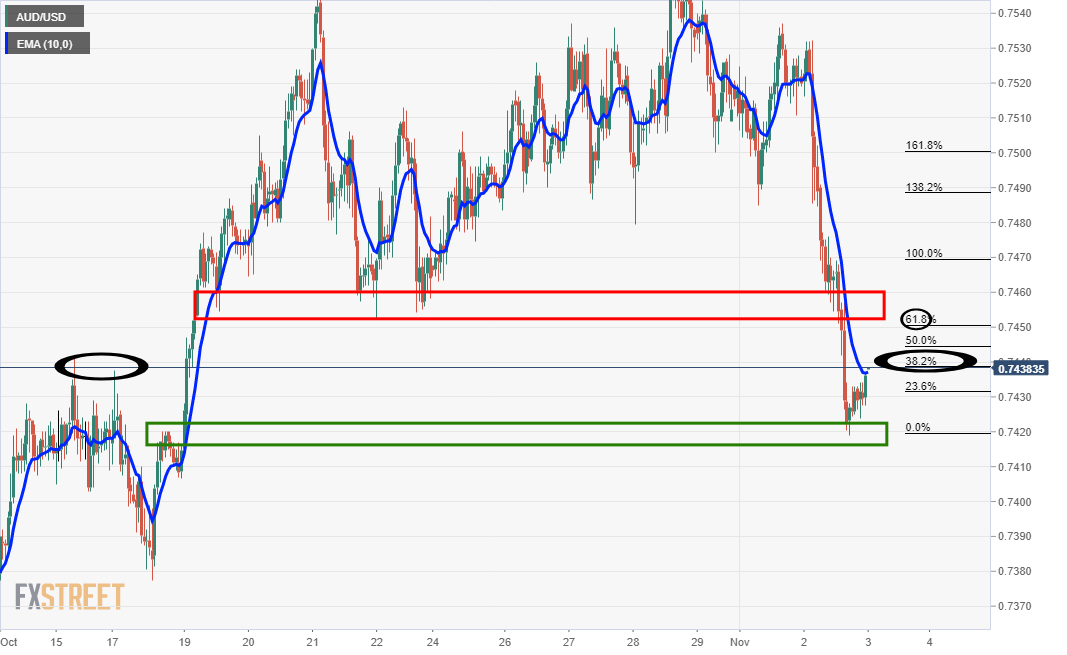 AUD/USD meets 61.8% before and after Fed volatility

Meanwhile, the price did meet the 61.8% ratio and offered an opportunity to short into deeper pools of liquidity until the Federal Reserve meeting. The subsequent price action has left a W-formation on the hourly chart which would likely see the price retest the neckline and the confluence of the 61.8% ratio in the forthcoming sessions as follows:

Given the double bottom and the lack of event risks between now and the Nonfarm Payrolls on Friday, there could be some further consolidation prior to a retest of the 0.7480 resistance and a run on the 0.7520 liquidity.