The CAD/JPY is barely down as the Asian session begins, but short of weekly highs reached on Thursday above the 100.00 mark, lastly tested on March 28. At the time of writing, the CAD/JPY is trading at 99.92.

On Thursday, the CAD/JPY seesawed in the 99.60-100.10 range throughout the day, while the Relative Strength Index (RSI) at 74.67 remained within the overbought area. It usually would mean that the CAD/JPY might be subject to a mean reversion move, but as its slope is almost horizontal, the pair is consolidating around current price levels.

The CAD/JPY daily chart shows that risk remains skewed to the upside, the same as the other JPY crosses. The pair keeps trading within the 98.00-100 range for the last ten days, unable to break above/below its boundaries.

Meanwhile, the CAD/JPY 1-hour chart is also upward biased and remains trading above the 50-hour simple moving average (SMA) for the last three days, meaning that each time prices went down, the 50-SMA acted as a dynamic support. That said, the CAD/JPY first resistance would be the confluence of the April 14 cycle high and the R1 daily pivot around 100.10. A breach of the latter would expose the R2 pivot at 100.36 and then the R3 pivot at 100.62. 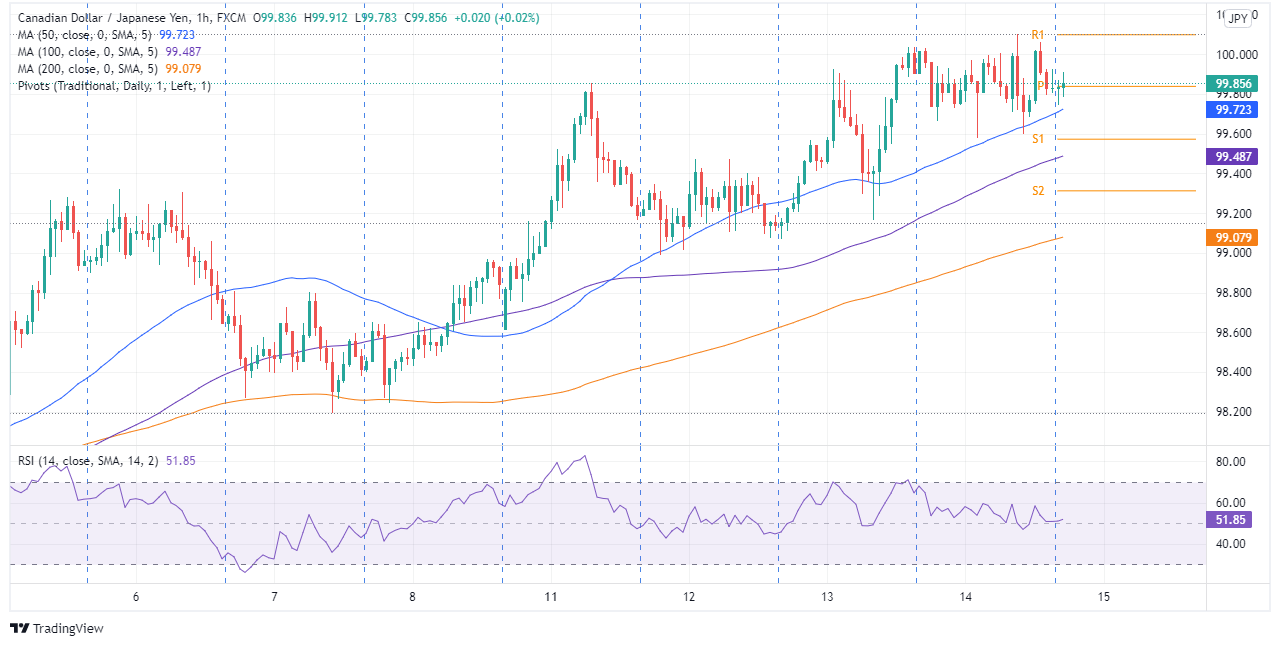