New analysis of Google search data shows online searches for the ‘Buy Twitter Stock’ surged by 1,147% worldwide on the 14th of April, following Elon Musk’s recent announcement of an offer to buy the social media platform, Twitter for more than $40 billion. 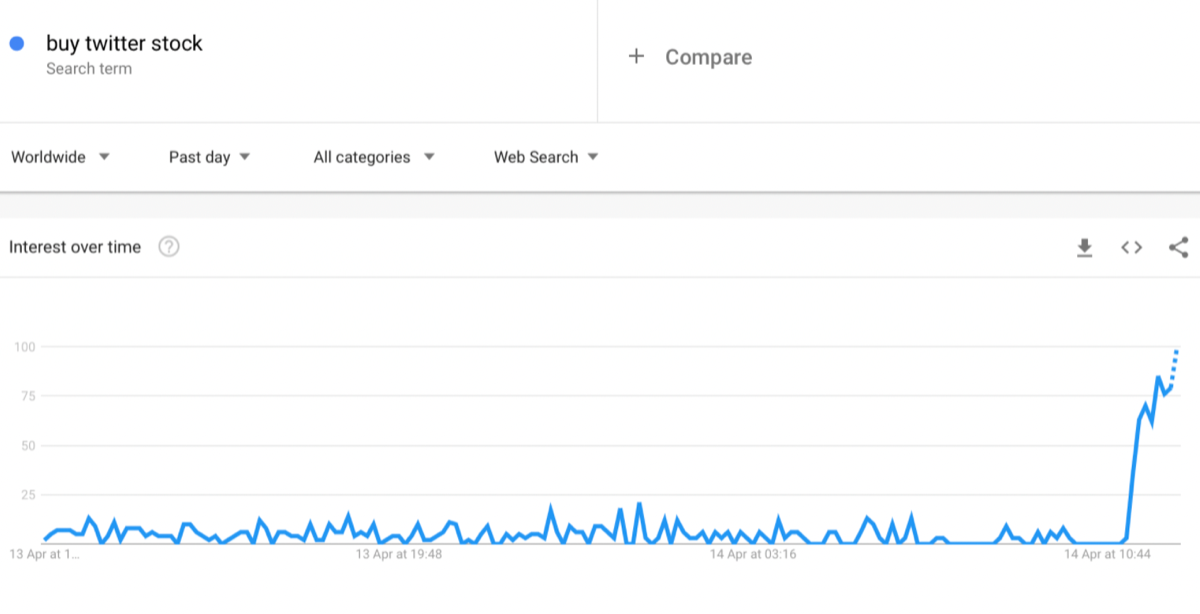 A spokesperson from JohnSlots said “Despite a deal not yet being made, and only an offer by Elon Musk being put forward, there has already been an astronomical rise in interest to buy stock in the social media platform. It’s fascinating to see the impact of only an offer, with the stock price of Twitter only being expected to skyrocket if a deal is in fact made. Interestingly, the document containing the offer stated that if the offer isn’t accepted, Musk will need to reconsider his existing position as a shareholder, meaning this story will be one for investors to follow closely as Twitter’s stock price may easily crash depending on the outcome of this deal.

These findings highlight how the CEO of Tesla Inc (NASDAQ:TSLA) and SpaceX continues to have an impact on the tech and media world with his high-power status. Not only does Musk continue to have incredible influence over major companies and corporations, but also on consumers and users alike.”

The research was conducted by JohnSlots, which is dedicated to slot games, and honest reviews of online games. Crafting a handpicked selection of online casino’s for of an enjoyable experience.