The EUR/USD losses its grip around the 20-day EMA and edges lower as the North American session progresses, amidst a firm US dollar, following the release of a US hot inflation report on Thursday, while mixed US economic data, and hawkish Fed commentary, bolstered the buck. At the time of writing, the EUR/USD is trading at 0.9724.

Friday’s price action witnessed the EUR/USD opening around the highs of the day of 0.9808, above the 20-day EMA, but buyers unable to hold the fort paved the way for further losses.

The US Commerce Department reported that Retail Sales stagnated in September, with figures coming at 0% MoM, below estimates of 0.2%, while on an annual based, decelerated even further, from 9,15% to 8.41%, reflecting the shock of Fed’s monetary policy.

Later, the University of Michigan Consumer Sentiment improved steadily in October, as the index jumped to 59.8 from 58.6., though inflation expectations were upward revised, with prices foreseen to rise 5.1% from 4.7%.

The data barely moved the EUR/USD, though Fed speaking, boosted the greenback. Fed’s Geroge, Daly, and Cook reiterated that inflation is too high and that monetary policy needs to be restrictive for longer to tackle inflation. Daly added that she estimates the Federal funds rate (FFR, peaking at 4.50-5.0%, while Lisa Cook expressed that the Fed should avoid a “stop and go” approach to raising interest rates.

Aside from this, the International Monetary Fund (IMF) predicted recessions in Italy and Germany in 2023. Therefore, if it looked gloomier, the Eurozone scenario now looks even worse. Eurozone data revealed in the European session saw Spain’s inflation heightening less than estimates, while France’s data followed suit.

Some ECB speakers crossed wires. ECB’s Vasle said 75 bps in October and December might be appropriate, while ECB’s Centeno added that the ECB must be “tough” on inflation while suggesting that QT discussions should be pushed to the following year. 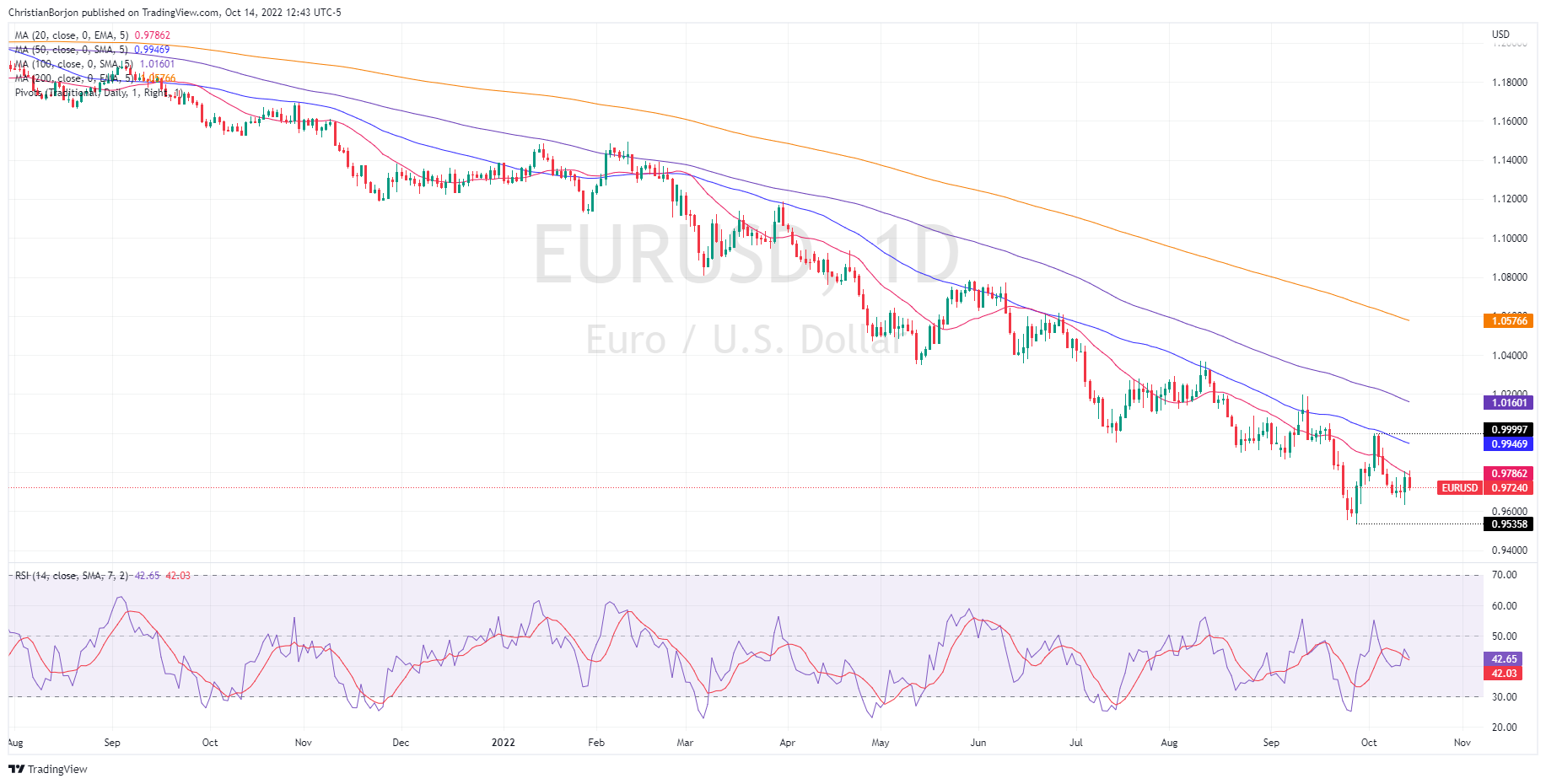