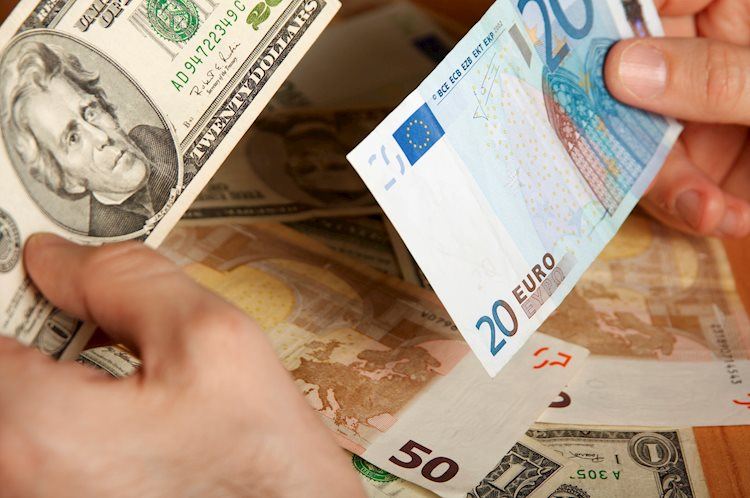 The EUR/USD pair has slipped to near 0.9700 after attempting to overstep the immediate hurdle of 0.9720 in the Tokyo session. The asset has sensed pressure as the US dollar index (DXY) has recovered its entire morning losses and is hovering around 113.30, at the press time. The risk-off impulse has regained traction as anxiety ahead of the US Consumer Price Index (CPI) data is accelerating dramatically.

Meanwhile, the 10-year US Treasury yields have rebounded after dropping to near 3.9%. Thursday’s Consumer Price Index (CPI) data is essential as August figures were better than projections.

September’s projections indicate a decline in the headline US CPI data to 8.1% while the core inflation rate could accelerate further to 6.5%. A higher-than-expected inflation report would bring extreme volatility in the risk-perceived currencies as it will bolster the chances of a hefty rate hike by the Federal Reserve (Fed).

Per the CME FedWatch tool, chances of a fourth consecutive 75 basis points (bps) rate hike by the Fed have scaled to 84%.

On Wednesday, the minutes of the Fed meeting was loud and clear that bringing price stability is the topmost priority even at the cost of a tight labor market.

Meanwhile, the shared currency bulls have failed to capitalize on hawkish commentary from European Central Bank (ECB) President Christine Lagarde. ECB policymaker stated that the Governing Council is having discussions on Quantitative Tightening (QE) and interest rate is the most appropriate tool in current circumstances.