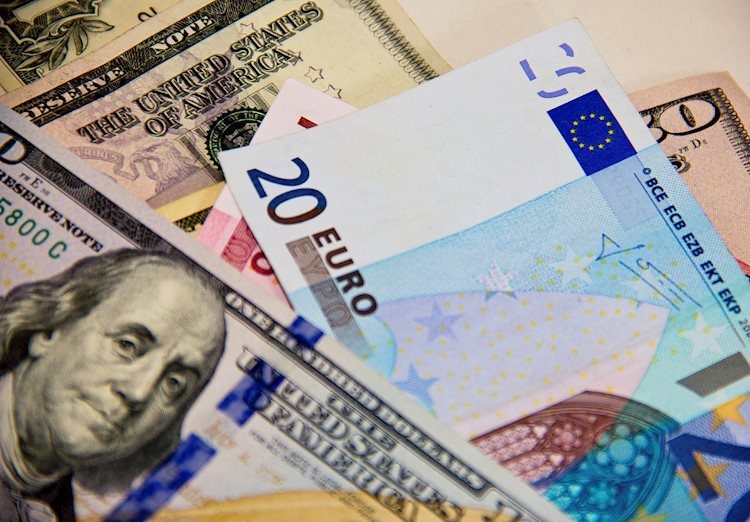 EUR/USD bears return to the table, following Friday’s failed attempt to rebound from the yearly low, as risk aversion joins the chatters surrounding monetary policy divergence between the European Central Bank (ECB) and the US Federal Reserve (Fed).

Even if Fed Chair Jerome Powel rejected the idea of 75 basis points (bps) of a rate hike, fears of inflation weighing on the economic growth and Friday’s upbeat US jobs report for April suggest that the Fed hawks aren’t off the table.

The US Nonfarm Payrolls (NFP) reprinted the 428K figures, if compared to the revised figures for March, by surpassing the 391K forecasts. On the same line, the Unemployment Rate also remained intact at 3.6%.

Following the data, Minneapolis Fed President and FOMC member Neel Kashkari said in a blog post on Medium, “Given that long-term real rates have the greatest influence on the demand for credit, financial conditions are already nearly back to neutral levels.”  The policymaker also said his assessment of the nominal neutral rate of interest is still that it is around 2.0%. It’s worth noting that the President of the Federal Reserve Bank of St. Louis James Bullard reiterated his bullish bias and pushed the Fed towards a 3.5% rate.

On the other hand, ECB Board Member Frank Elderson mentioned on Friday, “The ECB must ensure that high inflation doesn’t become entrenched in people’s expectations,” reported Reuters. Before him, German central bank head Joachim Nagel said that the window for the ECB to take monetary policy measures was slowly closing. However, French central bank head Francois Villeroy de Gala stated that it is “reasonable to raise rates into positive territory by the year-end.”

Hence, the policy haws are flexing muscles at both ends but the bloc’s economics aren’t as strong as for the US, which in turn keeps the Fed to have an upper hand and cheers the bets for faster rate hikes. The same propels the US Treasury yields to the fresh high since late 2018, up two basis points (bps) near 3.15% by the press time, while also fueling the US Dollar Index (DXY) to poke the 20-year high around 104.00 at the latest.

Elsewhere, the worsening covid conditions and the resulting strict activity restrictions, recently in Shanghai pushed Chinese Premier Li Keqiang to warn of a “complicated and grave” employment situation as the country imposed sweeping lockdowns to contain Covid-19 outbreaks,” per Bloomberg.

Also challenging the mood is the global pressure on Russia, as it escalates fighting in Eastern Ukraine. During the weekend, the G7 nations held a virtual call with Ukrainian President Volodymyr Zelensky and said, per Reuters, “They would cut off key services on which Russia depends, reinforcing the isolation of Russia “across all sectors of its economy.”

Looking forward, a light calendar for the day may restrict short-term moves of the EUR/USD prices, keeping them southwards. However, Wednesday’s US Consumer Price Index (CPI) and ECB President Christine Lagarde’s speech will be crucial for the near-term direction.

Unless providing a daily close beyond a downward sloping trend line from March 31, around 1.0600, EUR/USD remains vulnerable to visiting 2017’s yearly bottom surrounding 1.0340.