On Friday, the EUR/USD slides amidst a dull trading session due to Easter Friday. The common currency is trading at 1.0808, down some 0.18%, at the time of writing.

The euro fall continues after the European Central Bank (ECB) failed to deliver a hawkish tilt on Thursday’s monetary policy decision, which could have lifted the shared currency against its counterparts. Meanwhile, the US Dollar Index, a gauge of the greenback’s value vs. a basket of six currencies, is almost flat, though up 0.03%, at 100.507.

On Thursday, the ECB unveiled its monetary policy decision, keeping rates intact, and announced the last three bond purchases of the Asset Purchasing Program (APP). The ECB said that the monthly net purchases under the APP would amount to €40 billion in April, €30 billion in May, and €20 billion in June.

EUR/USD traders perceived the monetary policy statement as dovish amid the lack of commitment towards a future tightening. The pair dipped towards 1.0757, a new YTD low, last seen in April 2020.

Mrs. Lagarde’s press conference did not give any hints regarding raising rates, though she emphasized that finishing the bond-buying program is required before rate increases. Christine Lagarde stated that risks to the inflation outlook are tilted to the upside in the near term and added that the APP is very “likely” to end in Q3. The ECB’s President stated that inflation is being driven by energy prices and has intensified across many sectors. She foresees that growth would have remained weak in Q1 2022.

The Eurozone economic docket featured France and Italy’s inflationary figures for March. French inflation was aligned with the consensus, while Italy’s one showed that prices increased less than expected. Across the pond, US Industrial Production for March rose by 0.9%, higher than the 0.4%, while the New York Empire State Manufacturing Index jumped sharply to 24.6, smashing the 0.5 estimations. 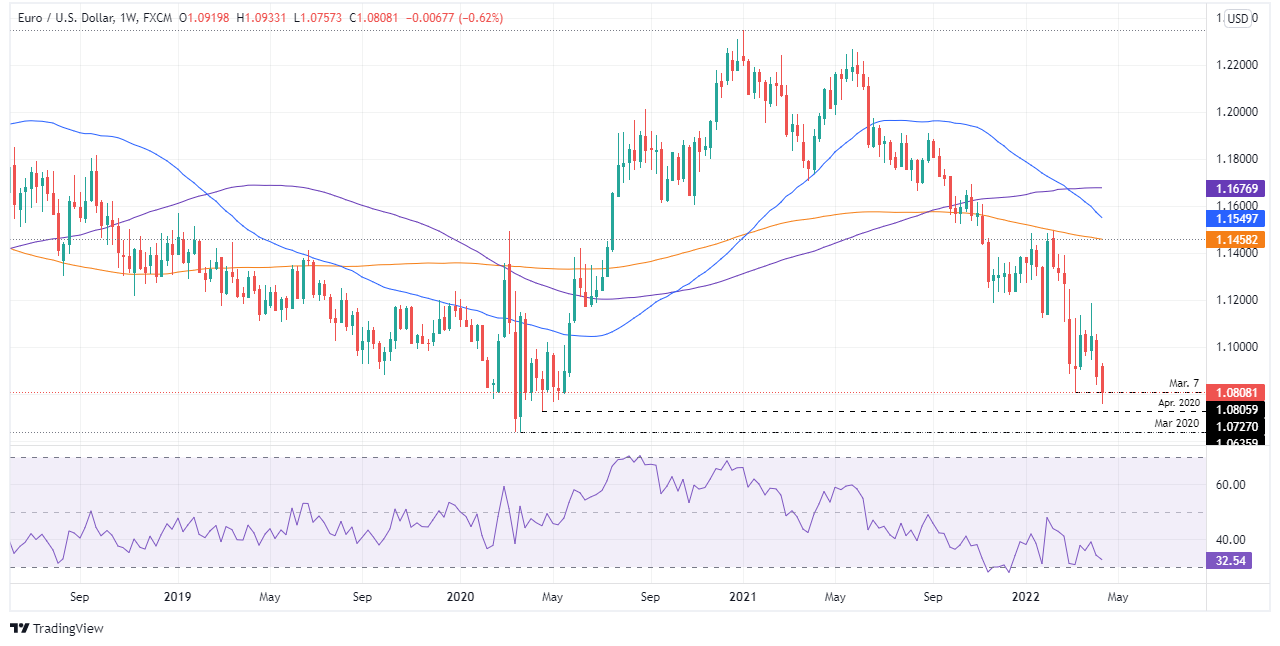