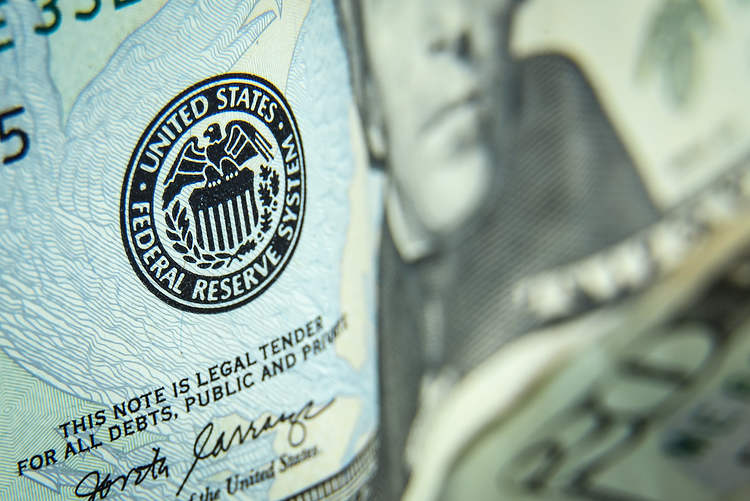 The US Federal Reserve will announce its monetary policy decisions on Wednesday, May 4 at 18:00 GMT and as we get closer to the release time, here are the expectations as forecast by analysts and researchers of 18 major banks.

The FOMC is widely expected to hike its policy rate by 50 basis points (bps) following the May policy meeting. The Fed is also expected to start shrinking its balance sheet by USD95 billion per month from June.

“We expect the Federal Reserve to hike the target range by 50bp. We expect the Fed to signal that more 50bp rate hikes are likely in coming months in order to get quicker back to neutral. We expect the Fed to announce the balance sheet runoff to start in mid-May. We expect the cap to be set at USD95bn as outlined in the minutes. Our current Fed call is that the Fed will hike by 50bp in May, June and July and 25bp in September, November and December (a total of 225bp). We still see risks skewed towards faster rate hikes, as monetary policy remains too accommodative.”

“We expect the Fed to raise rates by 50bp and simultaneously announce quantitative tightening, which will result in an asset reduction of around USD95bn per month. Based on current levels of excess demand evident across many sectors of the economy, we expect a period of restrictive interest rates will be necessary. We have raised our fed funds path by 50bp, including back-to-back 50bp hikes in June and July, and now expect the top end of the fed funds target range to hit 2.75% by year-end, in line with our estimate of neutral. We also expect a terminal rate of 3.75% to be reached by June 2023, which is 50bp higher than our previous forecast.”

“Because of high inflation, the Fed is now resorting to more drastic measures. The key interest rate will probably be raised by half a percentage point, and further steps are likely to follow.”

“Heading into the May meeting, members of the FOMC are singularly focused on the historic pace of inflation and associated risks. A 50bp hike in the fed funds rate at this meeting is therefore anticipated along with a clear signal that the rapid tightening of rates will continue in June and be paired with a quick ramping up of quantitative tightening through mid-year. While unlikely at the May meeting, from June/July the FOMC’s view on risks will again broaden to include activity. Assuming inflation pressures are by then showing signs of easing, the July meeting is likely to see a return to 25bp increases in the fed funds rate, taking the policy rate to a peak of 2.375% at year-end.”

“We to expect 50bp rate hikes in May and June, with the Fed to continue hiking in 25bp steps thereafter. This would take the target range for the fed funds rate to 2.5-2.75% by early 2023. Thereafter, we expect the Fed to pause, with inflation likely to be materially lower by that point, and pipeline pressures such as wage growth also likely to have eased.”

“The Fed is widely expected to raise its policy rate by 50 basis points 8%+ inflation and a tight labour market trump the surprise 1Q GDP contraction attributed to temporary trade and inventory challenges. That said, the weakness in GDP makes it less likely that we will hear the Fed explicitly making the case for a more aggressive 75bp hike at the June or July FOMC meetings. We are open to the possibility, but that would probably require a decent set of consumer spending numbers over the coming months and some very solid jobs gains that contribute to further wage pressures. Our base case remains that the Fed will follow up next week’s 50bp hike with 50bp increases in June and July before switching to 25bp as quantitative tightening gets up to speed. We see the Fed funds rate peaking at 3% in early 2023.”

“We believe the Fed will kick tightening up a notch, lifting the fed funds target range by +50bps. The market agrees, and then some, with +51.8bps of tightening priced for the meeting, suggesting some market participants believe there’s still some risk of an even larger hike. We believe the Chair will signal this is but the first of a series of potential +50bp hikes, as the Fed tries to get policy to neutral as quickly as possible in light of historic inflation. With the question of how fast the Fed needs to raise rates generally understood (answer: very), focus will shift to how far they need to hike rates to tighten financial conditions adequately. That task will be augmented by balance sheet rundown, as the Fed has also signaled they will announce the beginning of QT, with the first assets likely rolling off the Fed’s portfolio in June. Our estimates are that QT will proceed through next year, adding around three additional +25bp hikes of tightening, only to stop once the economy careens into recession at the end of 2023.”

“We expect the Fed to hike interest rates by 50bp and to launch its quantitative tightening, with the cap on maturing principal allowed to roll off each month quickly rising to USD95bn.”

“The Fed is not going to be deterred by the unexpected decline of GDP in Q1, because consumption and investment remained solid. Instead, the focus is on fighting inflation, which is well above target. We expect a 50 bps rate hike and the launch of balance sheet reduction. Further ahead, we expect the Fed to slow down its hiking cycle to 25 bps per meeting as soon as consumption and investment slow down. However, as the wage-price spiral has already started, the Fed will have to continue hiking well into restrictive territory. This will most likely lead to a recession in the second half of next year. This also means that the Fed will have to cut rates again before the end of 2023.”

“A likely 50bp hike in the Funds rate at the May FOMC meeting has been widely telegraphed by a number of Fed officials, including Chair Powell. We believe the focus for markets will lie elsewhere, particularly on any guidance regarding the Fed’s policy path in the near term. Balance-sheet runoff plans will also be in the spotlight. We now expect the Fed to deliver 3 consecutive 50bp hikes (in May, June, and July) and subsequently hike rates by 25bp per meeting until they reach a terminal funds rate of 3.25% by March 2023.”

“We look for a 50bp hike in the fed funds target range to 0.75-1.00% and a faster move to neutral, which Fed officials see at 2.40%. The Fed is likely to consider 25bp or 50bp increases at future meetings, depending on the data, with the goal of reaching the neutral level even earlier than guidance from March. We expect the Fed to announce the run-off of its balance-sheet holdings of Treasury and mortgage-backed securities.”

“The Fed is expected to accelerate the withdrawal of monetary policy stimulus. A 50 basis point increase in the fed funds target range is expected following this week’s FOMC meeting, building on the 25 bp hike in March. We expect that to be followed by an additional 150 bp in rate hikes this year – with the risk that those hikes come sooner rather than later.”

“The Fed is poised to continue to withdraw the extraordinary monetary policy stimulus provided over the past two years. Following March’s 25 basis point rate increase, the Fed looks set to accelerate its pace of tightening; a 50-bp hike is now fully anticipated by the market. With this outcome all but guaranteed, we’ll be more focused on the tone of the statement and what it implies for the size of rate hikes going forward. We’ll be interested to see if Chairman Jerome Powell affirms the market’s hawkish outlook in his post-decision press conference. As a reminder, the Fed’s March dot plot signaled an end-of-year fed funds target of 1.75%-2.00% – well below current expectations. We should also get some details on quantitative tightening, a process which could begin as soon as mid-May.”

“A 50bp hike is all but a done deal, taking the Fed Funds rate to 0.75-1.00%. What will be more relevant to follow is guidance for future rate hikes, especially after the strong ECI print on Friday. The market is pricing a high probability of 50bp hikes in the next four meetings. Also important to follow will be the decision regarding balance sheet reduction with a likely announcement to start on May 10, with the caps starting at USD30bln/mth and ramping up to USD95bln/mth. A series of FOMC members including Williams, Bostic, Bullard and Waller are expected to speak on Friday as well. They may give a sense of how flexible balance sheet plans may be given that reduction will have been announced at the May 4 meeting.”

“While there are no sure things in economics or sports, a 50 basis point rate hike from the Fed seems to be a lock at this point, with the accompanying statement brushing aside the first quarter GDP decline.”

“Despite the 1.4% annualized rate of contraction in Q1 real GDP, we look for the Federal Open Market Committee to raise its target range for the federal funds rate by 50 bps. A 50 bps rate hike is completely priced into markets. We also look for the Committee to announce the commencement of balance sheet reduction, which would also act as a form of monetary tightening.”

“We expect the Fed to deliver a 50bp hike at the May meeting without making any technical adjustments to the Reverse Repo Rate (RRP) or Interest on Reserve Balances (IORB). We expect Chair Powell to bring home the message that the Committee is ready to deliver additional 50bp hikes over coming meetings in order to combat inflation. This will likely be enough to contain market pricing and keep the dollar bid. We also expect the Fed to officially announce Quantitative Tightening (QT), which will consist of a 3-month phase-in period and run-off caps of USD 60bn on US Treasuries (USTs) and USD35bn mortgage-backed securities (MBSs), effectively lowering the Fed’s balance sheet by 670bn this year.”

“We expect the Fed to lift the target range for the federal funds rate by 50bp to 0.75%-1.00%. Given the broad parameters for balance sheet normalization laid out in the March meeting minutes, we expect the monthly run-off caps to ramp up from USD35bn in June (USD20bn for treasuries, USD15bn for agency MBS), to USD65bn in July (USD40bn/USD25bn) and then to the maximum pace of USD95bn/month from August. In the press conference, we expect much of the discussion to revolve around the speed at which the committee is prepared to lift its policy rate to neutral, with markets now pricing in 50bp hikes in every meeting through September. We continue to expect 50bp hikes in May and June, with the committee slowing the pace to 25bp per meeting from July onward as it sees signs of slowing inflation.”