The Federal Open Market Committee has released a hawkish set of minutes of the June policy meeting.

Markets have nearly fully priced in another 75 basis points rate hike in July with which the minutes align with. Investors are paying closer attention to discussions around the September rate decision, however. 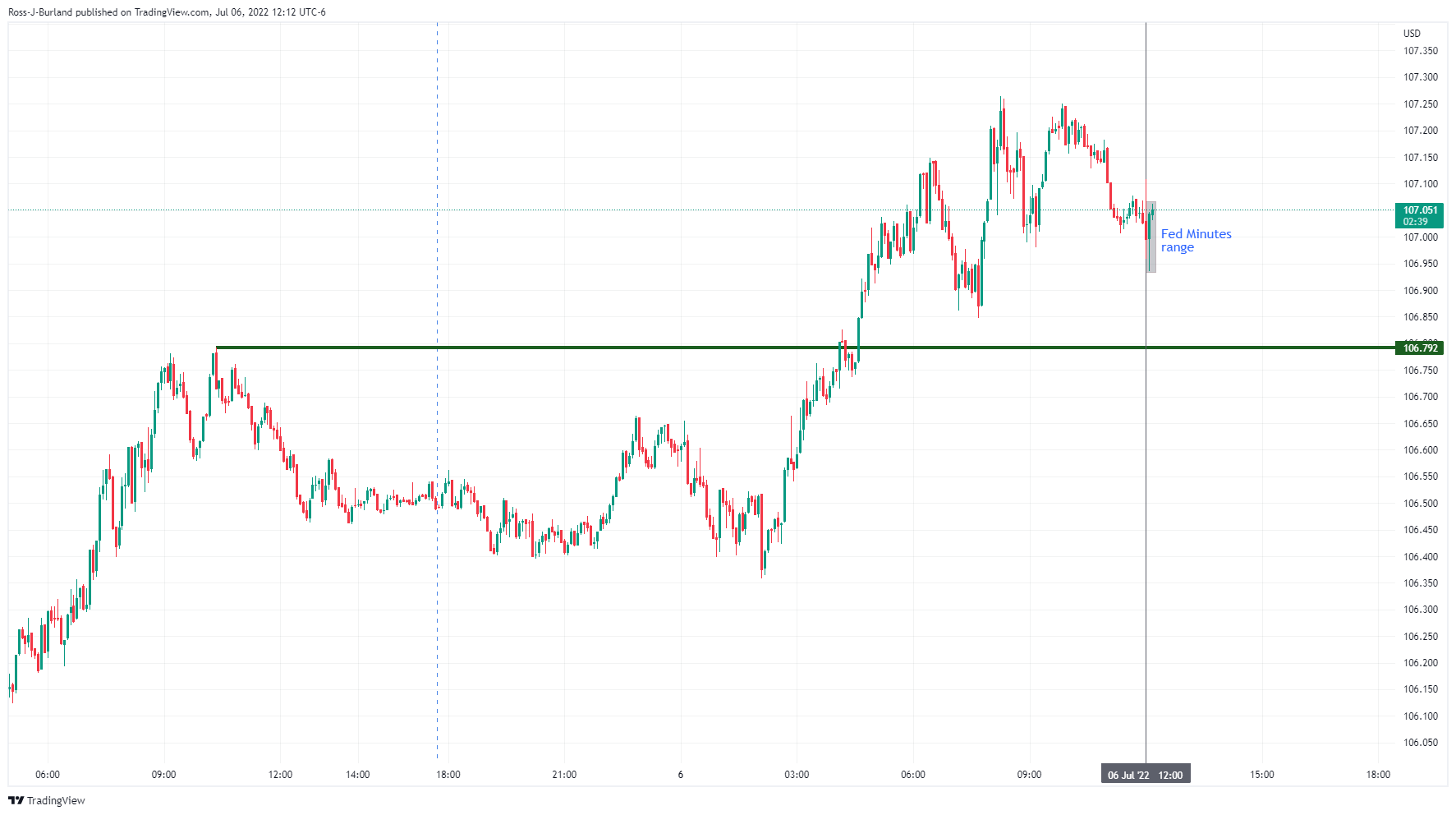 FOMC stands for The Federal Open Market Committee organizes 8 meetings in a year and reviews economic and financial conditions, determines the appropriate stance of monetary policy and assesses the risks to its long-run goals of price stability and sustainable economic growth. FOMC Minutes are released by the Board of Governors of the Federal Reserve and are a clear guide to the future US interest rate policy.