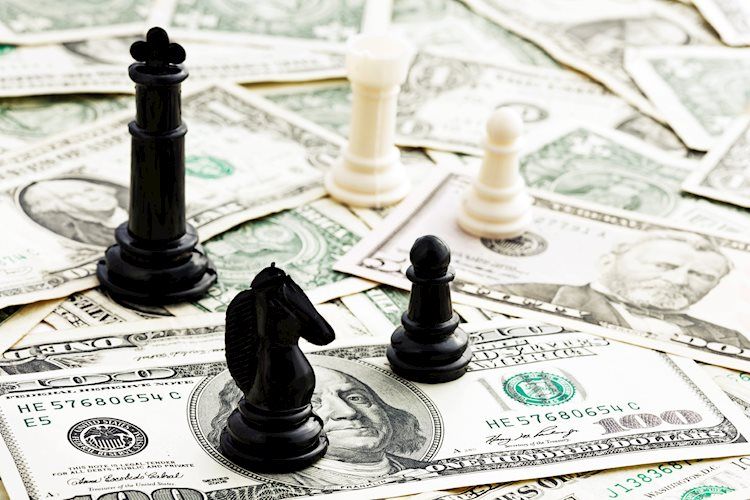 Here is what you need to know on Monday, January 9:

The US Dollar struggles to find demand at the beginning of the week with the US Dollar Index falling toward multi-month lows near 103.50 after having lost more than 1% on a daily basis on Friday. The market mood remains relatively upbeat after the risk rally witnessed ahead of the weekend and US stock index futures rise between 0.3% and 0.5% in the early European morning. Sentix Investor Confidence and November Unemployment Rate data will be featured in the European economic docket. Later in the session, November Consumer Credit Change from the US will be looked upon for fresh impetus.

The US Bureau of Labor Statistics reported on Friday that Nonfarm Payrolls rose by 223,000 in December. This reading came in much better than the market expectation of 200,000 but failed to provide a boost to the US Dollar. Underlying details of the jobs report revealed showed that the annual wage inflation, as measured by the Average Hourly Earnings, declined to 4.6% from 4.8%, compared to analysts’ forecast of 5%. Later in the American session, the ISM announced that the Services PMI dropped to 49.6 in December from 56.5 in November. The Employment Index declined to 49.8 in the same period and the Priced Paid Index dropped to 67.6 from 70.

Following these data releases, the 10-year US Treasury bond yield fell toward 3.5% and lost more than 4% on Friday. Wall Street’s three main indexes rose more than 2% and the US Dollar suffered heavy losses against its rivals. According to the CME Group FedWatch Tool, markets are currently pricing in a 75% probability of a 25 basis points Fed rate hike in February, up from 57% early Friday.

EUR/USD gained more than 100 pips on Friday and continued to stretch higher toward 1.0700 early Monday. The data from Germany revealed on Monday that Industrial Production expanded by 0.2% on a monthly basis in November following October’s 0.1% contraction.

GBP/USD rose sharply on Friday and ended up closing the week flat near 1.2100. With the US Dollar staying on the back foot in the early European session on Monday, the pair holds in positive territory at around 1.2150.

Gold price capitalized on falling US T-bond yields and registered impressive gains ahead of the weekend. XAU/USD preserves its bullish momentum early Monday and was last seen trading at its highest level sinc eearly May near $1,880.

Despite the selling pressure surrounding the US Dollar, USD/JPY stayed relatively quiet below 132.00 at the beginning of the week as Japanaese markets remained closed due to Coming-of-Age Day bank holiday.

Bitcoin managed to push higher over the weekend and rose nearly 3% on a weekly basis. BTC/USD was last seen trading at its highest level since mid-December at around $17,200. Ethereum gained more than 2% on Sunday and preserved its bullish momentum early Friday. At the time of press, ETH/USD was up 1.5% on the day at $1,310.