GameStop (GME) fell away in the afternoon on Tuesday as the recent rally in meme stocks finally looked to be fizzling out. This has been a feature of meme stock rallies – short and powerful but fleeting. Will it be any different this time?

The time may now be at hand to book some profits for those of you that have been on the train of some meme stock rallies over the past week. We have seen some incredible gains in that period, and the name of the game is banking profits now. We witnessed on Tuesday that early morning rallies were not sustained, and both AMC and GME fell away as the session progressed. This is indicative of the rally and momentum stalling. This is not a negative thing since nothing can keep going up forever. With the size of the moves, it was inevitable. The aim is to bank as much profit as possible when trading, so now may be the time to at least move up a tight trailing stop or cut two-thirds of the position and have a free shot at the last third.

The spikes always lead to pretty sharp pullbacks. We identified this in our note on Tuesday and brought attention to the large trend line in place from the recent spikes. This has again held and looks to have capped this rally at $200. GME stock closed about $20 lower than the intraday high for nearly a 10% pullback. That is pretty significant and tells us that the momentum is probably over for now. The Relative Strength Index (RSI) is also significantly overbought, having neared 80 on Tuesday. 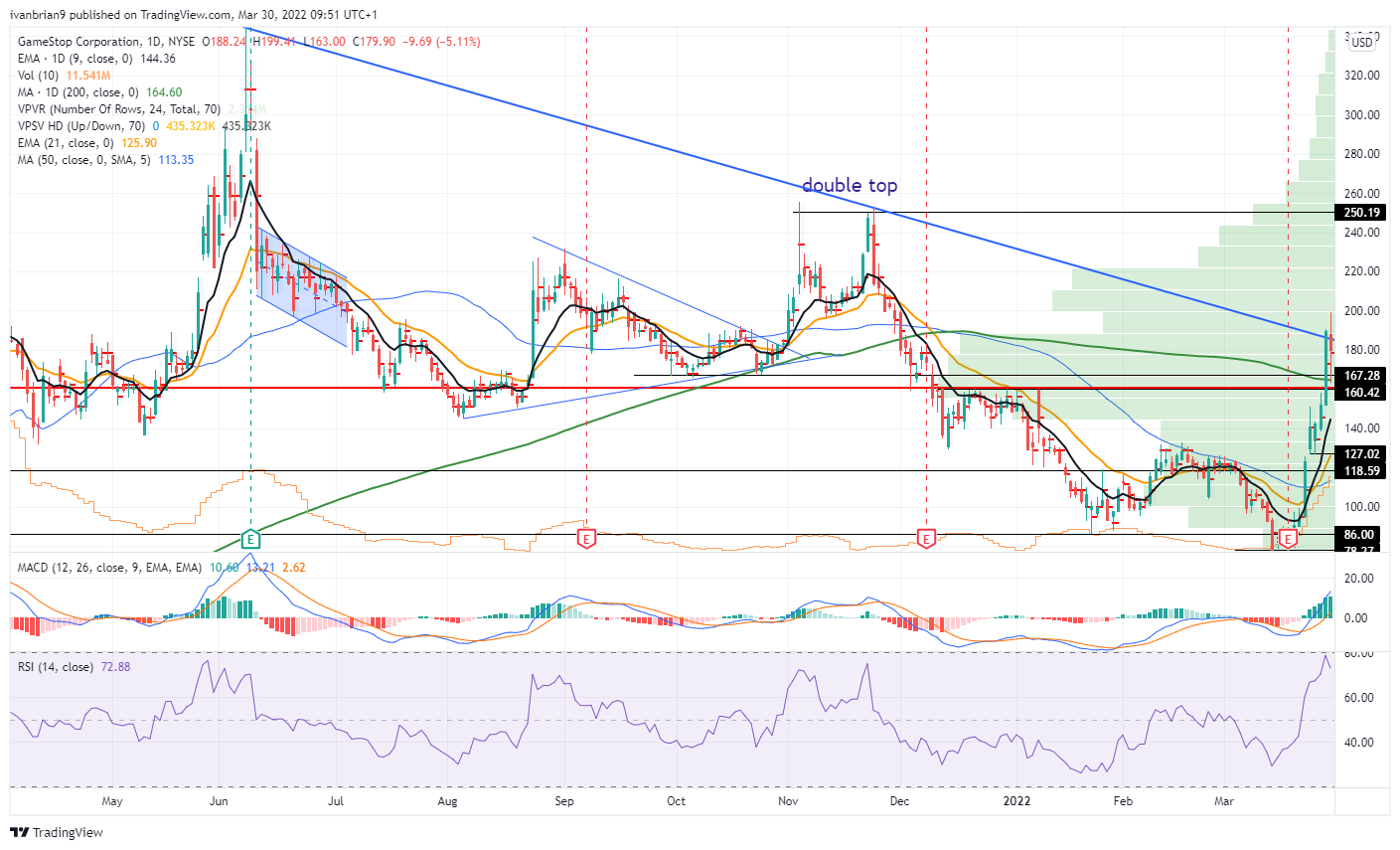 The 15-minute chart shows the lack of volume above $200 and the RSI spiking to overbought when GME was above or near $200. The late sell-off has created a sell signal crossover in the Moving Average Convergence Divergence (MACD). 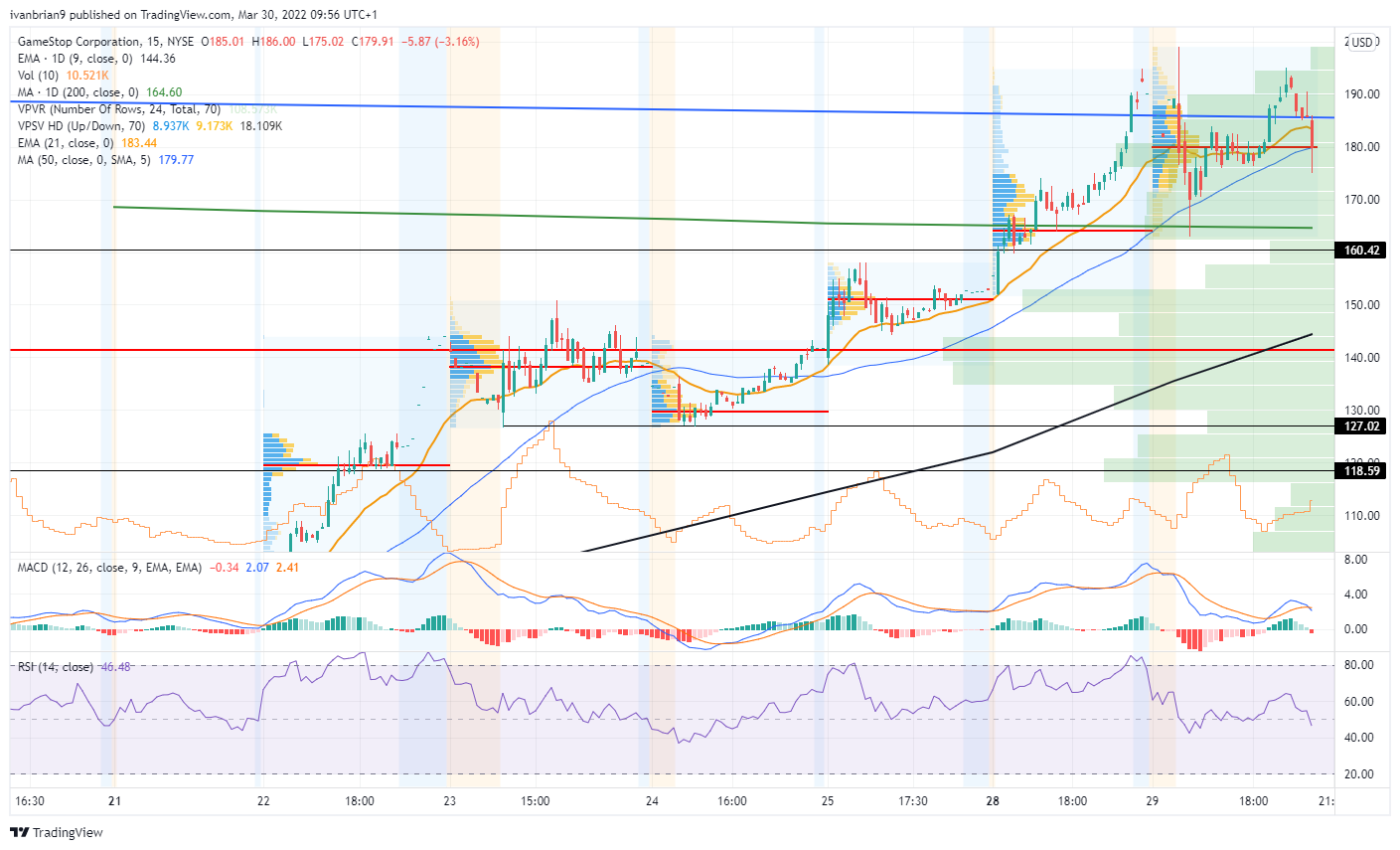