GBP/JPY slides for the third consecutive trading session amid a risk-off market sentiment, courtesy of the extension of the Russia-Ukraine conflict, now hitting five weeks of hostilities. At the same time, Russian President Vladimir Putin is likely to force Eurozone countries to pay for natural gas in roubles. At 159.84, the GBP/JPY portrays the appetite of safe-haven peers, particularly the Japanese yen.

What appears to be a market sentiment move could also be influenced by fiscal, quarter, and month-end flows towards the Japanese yen. However, the GBP/JPY posted its biggest monthly gain since October 2021, with the pair up near 3.7%.

The GBP/JPY is in an uptrend, and Thursday’s price action is forming a “quasi” gravestone doji, which means indecision amongst traders after Wednesday’s 200-pip average daily range (ADR). Also, the combination of both days’ candlestick’s formed a bullish harami, also known as an inside bar, meaning that the GBP/JPY would resume its uptrend.

Additionally, the Relative Strength Index (RSI) is at 61.12; although aiming lower, it just got out of overbought conditions, it remains in the bullish territory (above 50-midline). 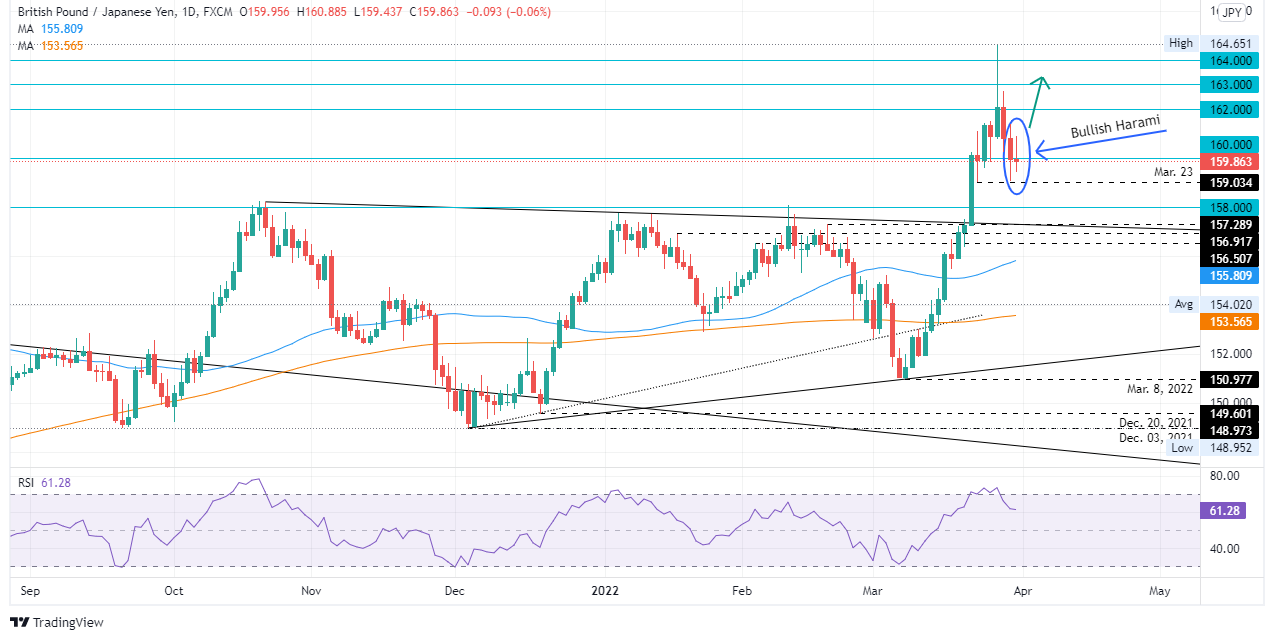