The GBP/JPY snaps three days of losses and jumps off Thursday’s losses amid a shift from a dismal to a favorable market mood, despite the continuation of Rissian’s invasion of Ukraine and market players’ worries about global inflation. At press time, the GBP/JPY is trading at 160.71.

Reflection of the positive market mood is European and US equities recording gains. Meanwhile, US Treasury yields surge, led by the short-end of the yield curve, with 2s and 5s rising more than the 10s and 30s, inverting the yield curve for the second time in three days.

Meanwhile, the Russia-Ukraine war continues for the fifth straight week. On Thursday, Russian President Putin stated that natural gas payments in roubles are irreversible and gave ten days of grace to European customers.

The GBP/JPY jumped off the 160.00 mark and is testing Thursday’s daily high at 160.88, but short of it. On Thursday, I noted that “a “quasi” gravestone doji” was forming; instead, an inverted hammer showed up, and it is worth noting that Thursday’s price action formed a bullish harami. 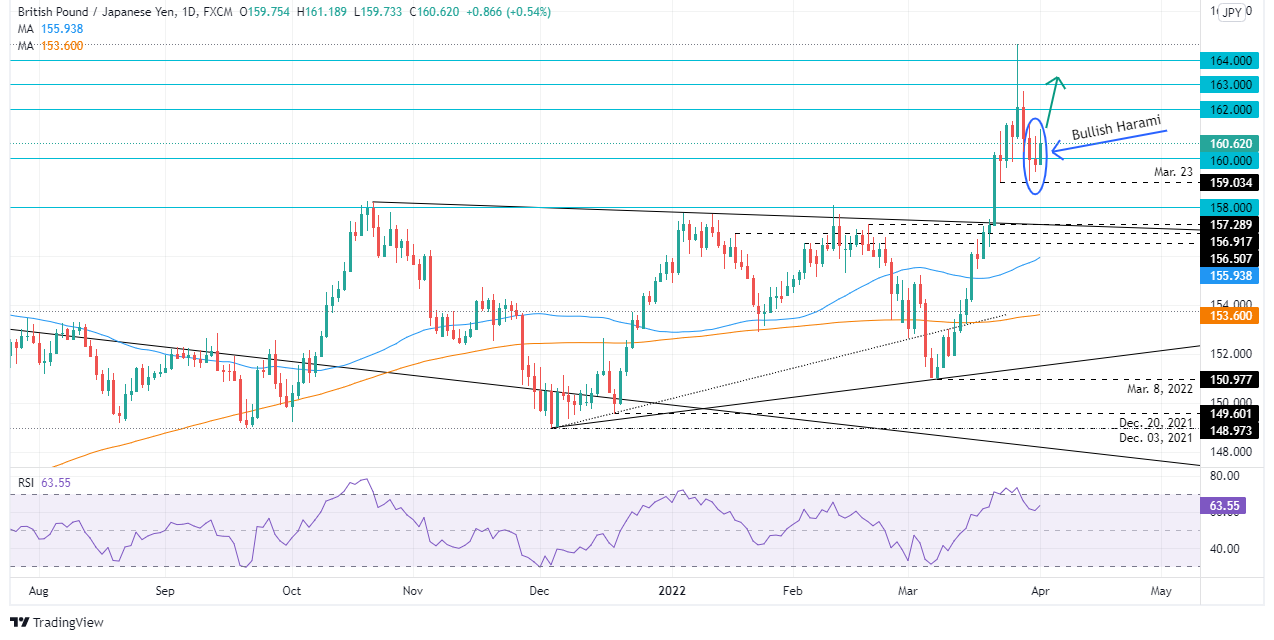 Technical levels to watch for