The GBP/USD pierces the 1.1400 mark, as the UK’s new Finance Minister, Jeremy Hunt, said in the House f Commons that the government changed its course while reiterating that Britain is a country that “pays its debts.” So far, UK Government’s U-Turn keeps investors’ mood upbeat, with global equities trading in the green. At the time of writing, the GBP/USD is trading at 1.1384, above its opening price but shy of the two-week high.

An absent US calendar left investors adrift to UK’s economic turmoil news. The UK Chancellor of the Exchequer, Jeremy Hunt, slashed the tax cuts from the newest government budget to calm the markets. So far, the 30-year Gilts has fallen 45 bps, from 4.85% to 4.35%, as tweaks made by the newest Finance Minister bought PM Liz Truss government time.

The British pound rallied sharply against the dollar on Monday, almost 2% up, gaining more than 200-pips, bouncing from daily lows around 1.1208 to its daily high at 1.1439.

Aside from this, the US latest inflation figures reported last Thursday’, further cemented the case for another big-size rate hike by the Federal Reserve. Several officials expressed that inflation remains stubbornly high, the market labor is tight and emphasized the need for ratest to be restrictive.

On Saturday, the St Louis Fed President James Bullard said that US higher interest rates bolstered the greenback, which is weighing on other worldwide currencies, an addressed theme by some countries at the G20 meeting. Nevertheless, Bullard added that once the Fed gets rates to a level that could pressure inflation down, the greenback might fall.

Tuesday’s light UK economic calendar will leave traders leaning toward UK’s political turbulence and US dynamics. On the US front, Industrial Production m Capacity Utilization, and NAHB Housing Market Index would update the status of the US economy. 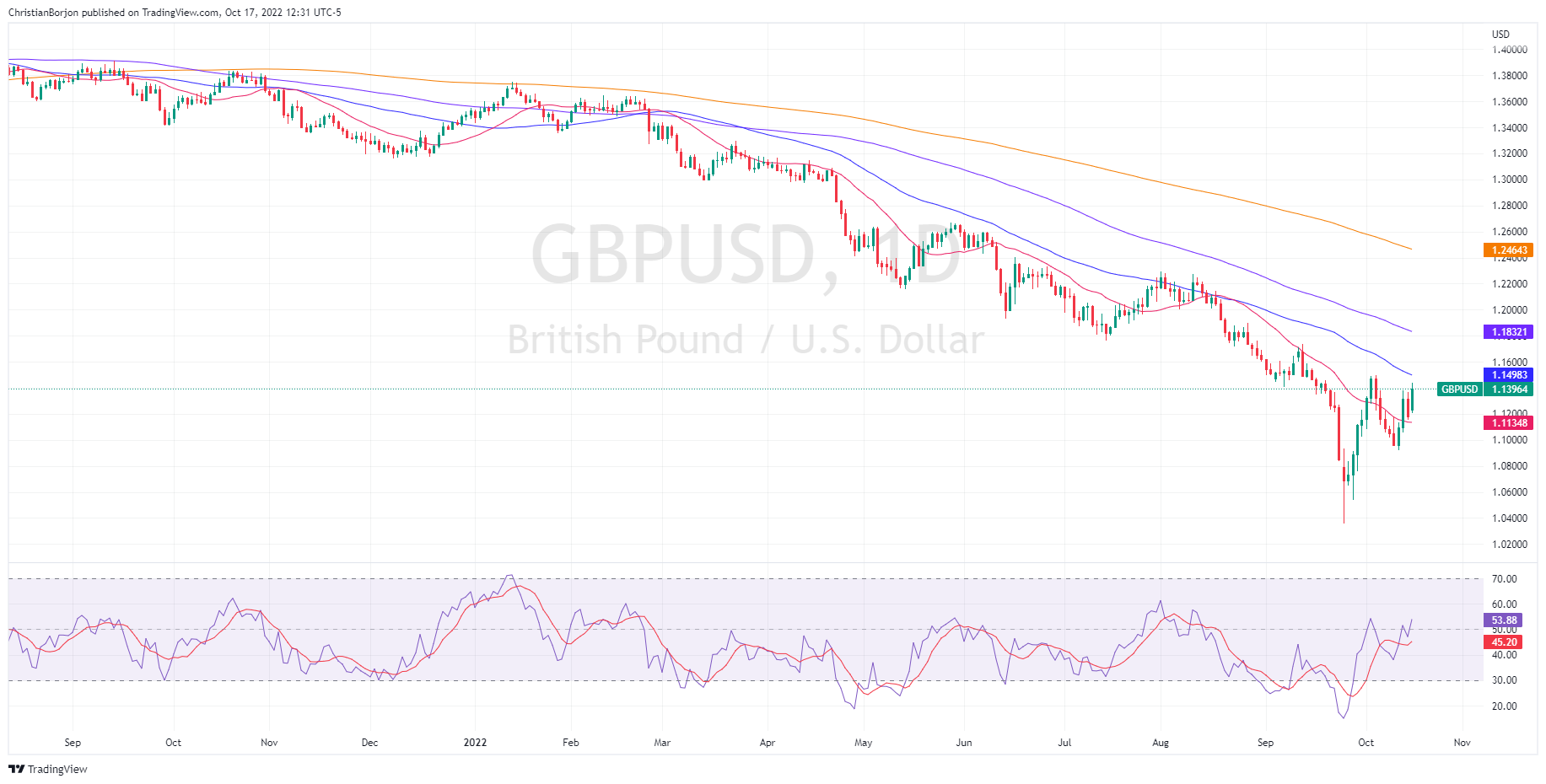