The British pound collapsed at one time under the 1.3000 mark early in the North American session, reaching a one-year and half fresh low at 1.2982. However, GBP bulls recovered the figure amidst a mixed market mood, with European equities gaining while US counterparts fluctuated. At the time of writing, the GBP/USD is trading at 1.3020.

The war between Russia and Ukraine continues, though it appears to be disregarded in Friday’s session. Meanwhile, US Treasury yields are shooting higher, with the US 10-year benchmark note rising six basis points, sitting at 2.728%, underpinning the greenback. The US Dollar Index, a gauge of the buck’s value against a basket of its peers, rallies above 100, up 0.29%, at 100.026, for the first time since May 2020.

Fed speakers crossed the wires on Thursday, led by the uber hawk St. Louis President James Bullard. He said that the Fed policy rate was too low, by 300 basis points. Bullard added that the Fed is not that far behind the curve and expects the Federal Funds Rate (FFR) to end the year at around 3.5%.

In the meantime, Chicago’s Fed President Charles Evans said that the Fed would probably going to get neutral setting by the end of this year or early next.

An absent UK economy docket left GBP/USD traders adrift to US economic data. Meanwhile, the US docket featured Wholesale Inventories for February, which came at 2.5% m/m, higher than the 2.1% estimated.

The GBP/USD is further cementing its downward bias, with its failure to cling to 1.3200 opened the door to a re-test of the 1.3000 figure. It’s worth noting that despite the sharp fall of the GBP/USD towards fresh 17-month-lows, the Relative Strength Index (RSI) is at 33.81 within bearish territory, but with enough room to spare, so don’t discount another leg-down. 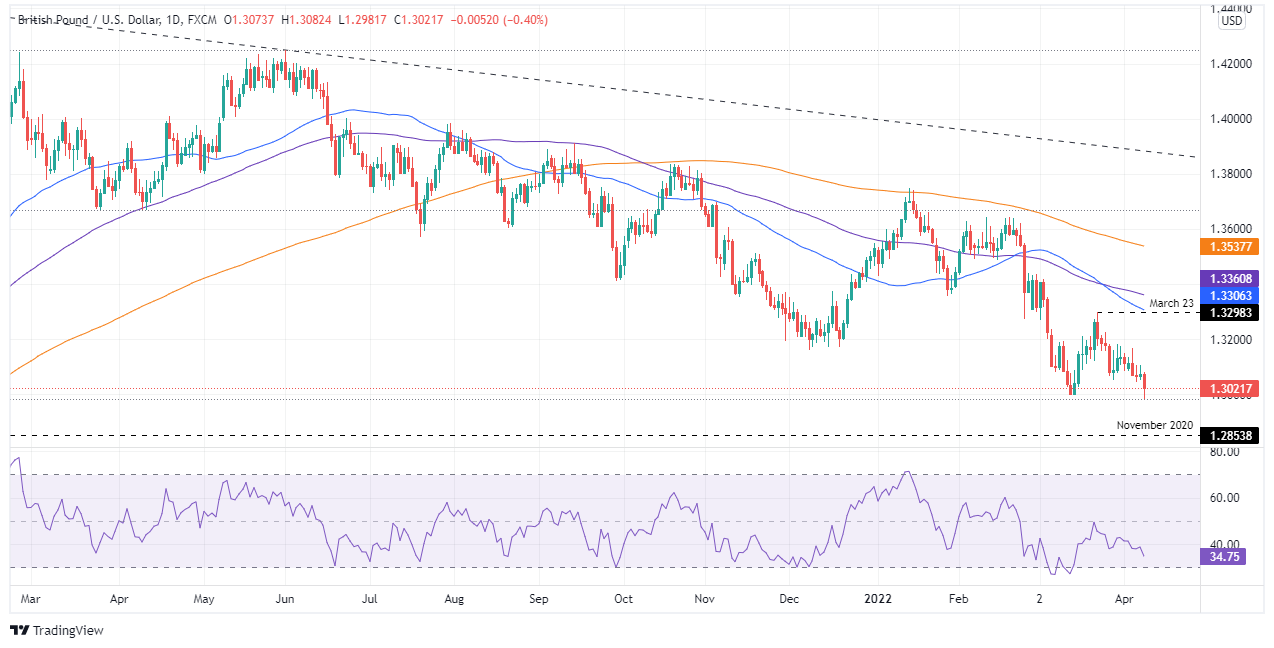