Gold Price keeps advancing and trades around $1,963, defying a critical Fibonacci level, the 38.2% retracement of this year’s rally. The bright metal is on the run despite US indexes have managed to shrug off the negative tone of their overseas counterparts. Wall Street stands in the green one hour into the US session, although major indexes post uneven gains.  The Nasdaq Composite struggles to advance, while the Dow Jones Industrial Average is up roughly 160 points. The S&P is up 0.60% at the time of writing.

The latest bout of strength came from headlines indicating that the US and the G7 would make it clear that any gold transaction involving Russia’s central bank is subject to existing sanctions, according to a US Senior Administration Official.

A sour market mood boosted demand for XAUUSD throughout the first half of the day amid headlines coming from the war front. US President Joe Biden has met with other European leaders to discuss the situation, and, alongside NATO, are preparing for a risk of Moscow launching a nuclear attack. They have also discussed assisting Ukraine with anti-ship missiles.

The sentiment improved a bit on headlines signaling they would announce a major initiative to direct shipments of liquefied natural gas to Europe, to replace that usually coming from sanctioned Russia.

Gold Price is overcoming the 38.2% retracement of the 1,799.38/2,070.50 rally at around $1,960.00. The bright metal is up for a second consecutive day, currently crossing above a mildly bullish 20 DMA. Technical indicators in the daily chart fall short of confirming a bullish continuation, as the Momentum heads lower within neutral levels, while the RSI indicator is stable at around 55.

XAUUSD turned bullish in the near term, and according to the 4-hour chart, which shows that the price is challenging bears’ determination around the 100 SMA, while the 20 SMA picks up below the current level. 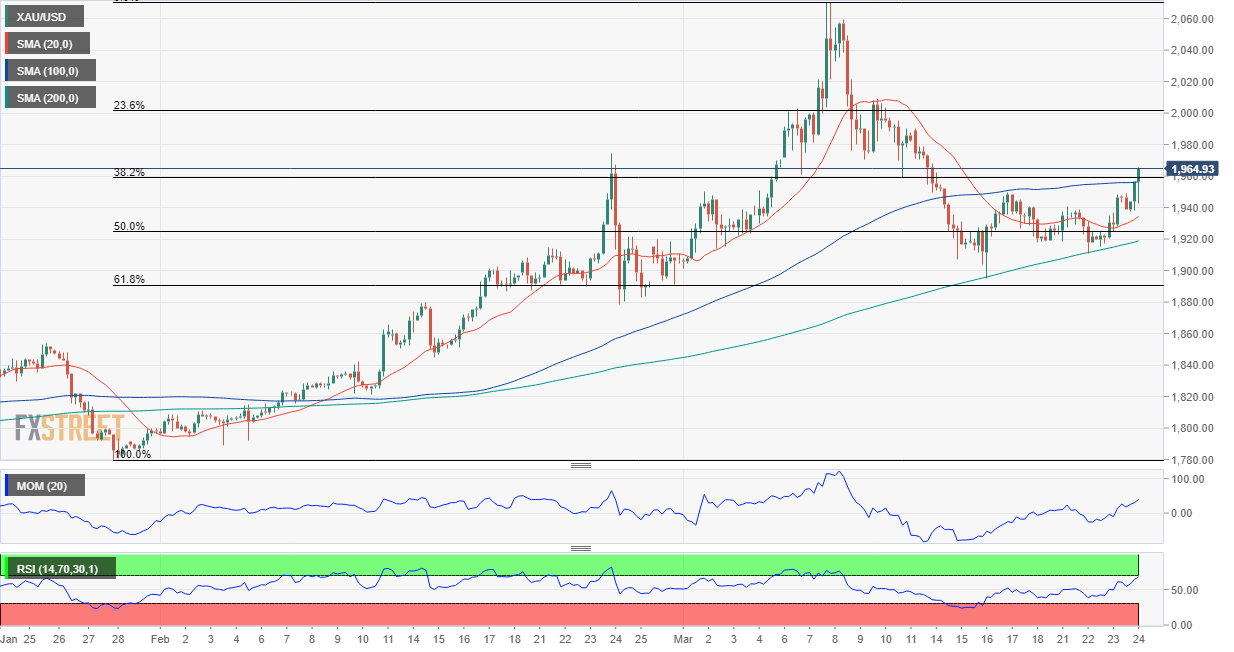