Technically, gold price is poised to test the critical $1834 hurdle after the big breakout witnessed on Friday. An impending bull cross on the daily sticks also remains supportive for the additional upside in gold price.

Gold was an impressive performer in these past few sessions and XAU/USD has moved in towards the $1,830s, albeit still not quite there yet. $1,830, as illustrated below, is a key technical area on the longer-term charts, so it is paramount that bulls get over the line in the coming week.

Meanwhile, XAU/USD is trading at $1,824.67 and holds in bullish territory, ”itching for a breakout,” as analysts at TD Securities say. ”Prices are set to challenge the multi-month downtrend from all-time highs. Counter-intuitively, this comes after a strong nonfarm payrolls report — but as noted, this datapoint does little to resolve the debate on inflation, nor does it inform the Fed’s reaction function.’

In this regard, gold extended recent gains at the start of the week amid stronger investor demand. ”The weaker USD, combined with rising inflation expectations supported an appetite for the precious metal,” analysts at ANZ bank argued.

On Monday, we heard from several Fed officials. Most prominently, James Bullard said the central bank may have to end the taper somewhat sooner to control inflation. However, this did little to support the greenback nor yields as the market has made up its mind that the Fed is in no hurry to hike rates nor speed up the tapering process. We will have to wait for more data, especially with regard to jobs, and the December Fed meeting in this regard will be important. However, according to the New York Fed, inflation expectations among US households rose to 5.7% in October which is higher than the market is priced for.

Focus is on US real yields

In this context, US real yields are plummeting, in support of gold prices. ”While the breadth of gold traders’ short positions is not extreme by any means, position sizing is bloated considering the number of participants short, which leaves the hawks vulnerable to a squeeze,” analysts at TD Securities said.

”Importantly, the market’s microstructure still features little market depth, which suggests that a positioning squeeze could have an outsized impact on prices. Further, a breakout north of the multi-month downtrend could help the trend of ETF outflows reverse, powering gold prices even higher. Unfortunately for the bulls, we expect that a recent CTA buying program has run its course, suggesting algorithmic trend follower flow will not lend its support.” 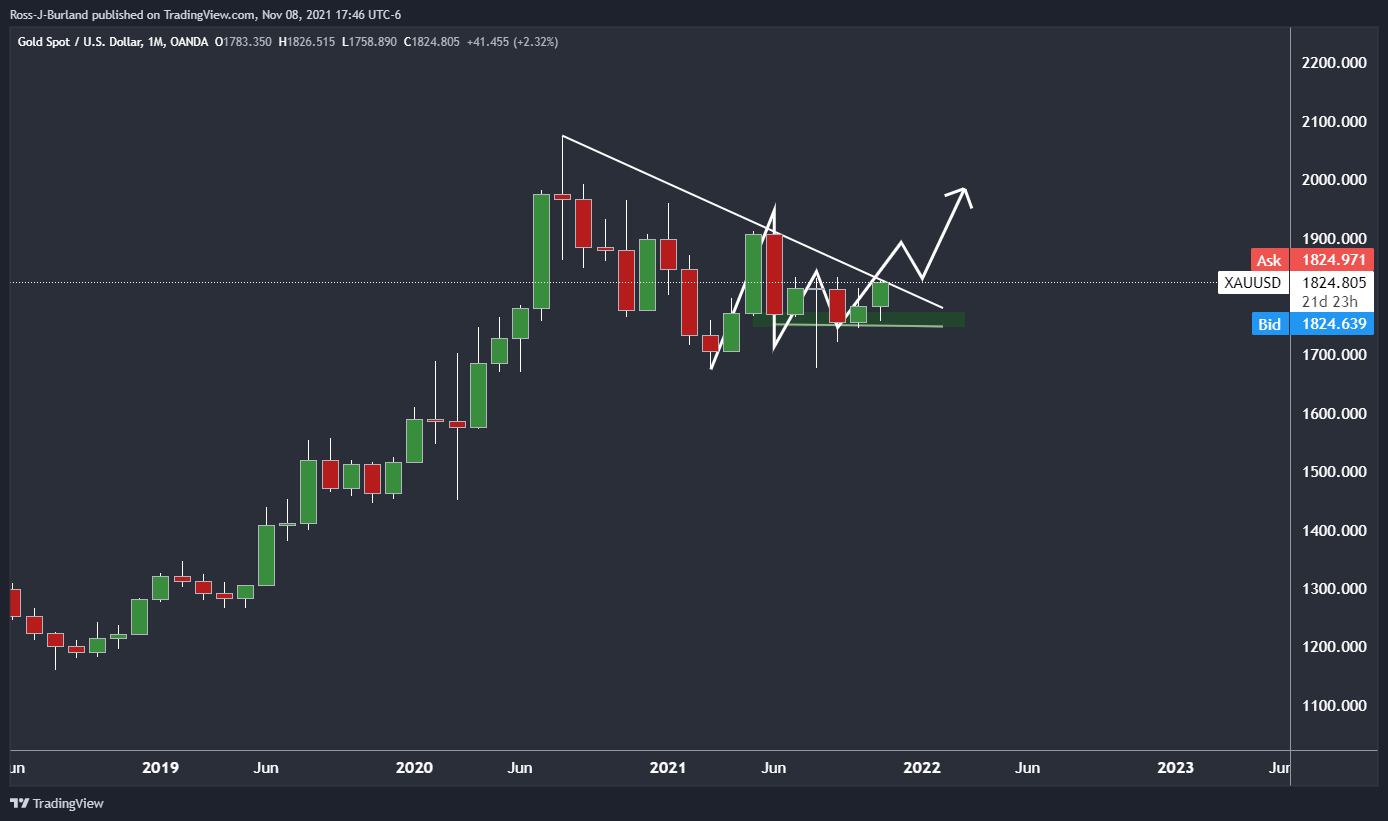 The above is an example of what could come from a break above the descending trendline resistance from a monthly perspective as the bulls gear up towards a run on the psychological $1,900 and then the $2,000 milestone.

Meanwhile, from a daily perspective, the price is testing the horizontal resistance for the fourth time where it now meets the descending trendline resistance near 1,830. If this breaks, bulls will be seeking a run above 1,850 buy stops and onwards. 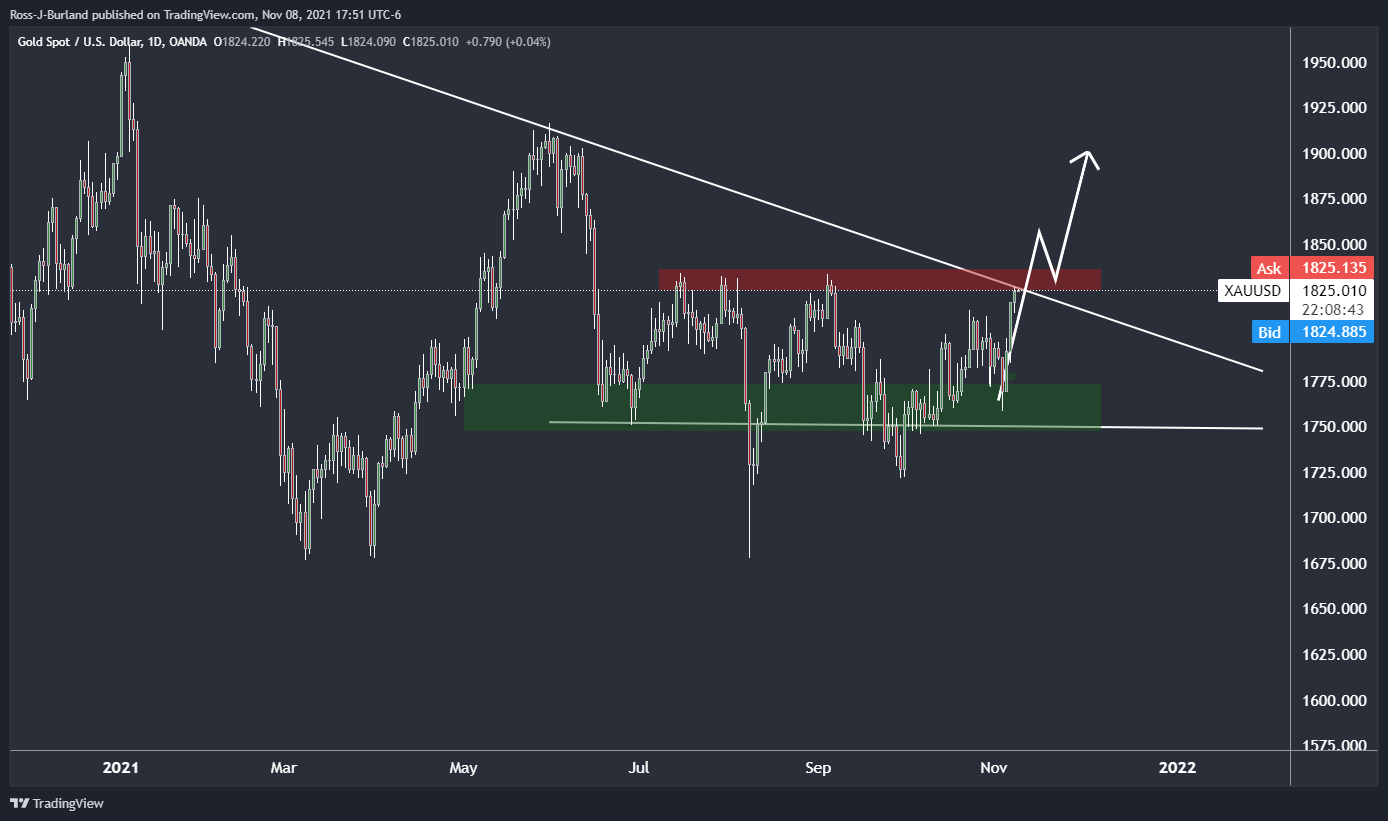