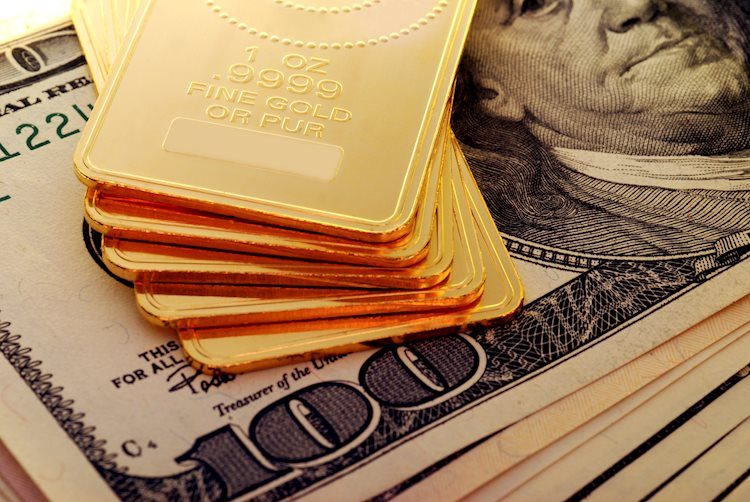 Gold is having a volatile session, still showing a negative bias after being unable to break key short-term resistance levels. It bottomed at the beginning of Powell’s speech and then rebounded.

The yellow metal bottomed at $1741, the lowest in three days and then rebounded to as high as $1755. Again, the price failed to break the critical area and then pulled back under $1750.

It remains in negative territory for the day and the odd of another test of the $1740 support remains in place, particularly while under $1750. If gold manages to break firmly above $1755, the intraday outlook could change. Above, the next strong barrier is seen at $1770.

Critical for gold price action, US yields are moving without a clear direction. The 2-year yield jumped to 3.45% and then pulled back toward 3.40% while the 10-year rate hovered around 3.04%, below the level it had prior to Powell’s speech.

Fed Chair mentioned that higher interest rates will persist for some time and added the “historical record cautions strongly against prematurely loosening policy”. The tone of Powell was seen as “hawkish”.

The latest report on Friday showed a better-than-expected reading in the University of Michigan’s Consumer Sentiment Index for August, which came in at 58.2 against the market consensus of 55.2.

Earlier on Friday, a report showed the Core Personal Consumption Expenditure Price Index dropped in July by 0.1% unexpectedly, while the annual rate declined from 6.8% in June to 6.3% against expectations of 7.4%.