Another electric vehicle stock rally on Thursday as many names took advantage of Tesla’s recall woes. Lucid (LCID), Rivian (RIVN), and GGPI all rose on Thursday as Tesla (TSLA) fell. Tesla is said to recall 475,000 cars due to rearview camera issues. Reuters noted that this represents most of the last year’s delivery numbers.

For those not in the know, Gores Guggenheim is a blank check SPAC that is due to take Polestar public. Polestar is an electric vehicle manufacturer from Sweden that has strong ties to Volvo and Geely Group and is a joint venture between the two. Volvo reportedly has a close to 50% holding in Polestar. The company was spun out of Volvo in 2016. It already produces electric cars in Europe, Asia, and the US. Polestar has released the coupe Polestar 1 and a sedan, the aptly named Polestar 2. The Polestar 3 is due to be released shortly and is an SUV model.

The spike of excitement in November was due to Polestar releasing its Nasdaq listing plans. Since then enthusiasm has dwindled and the stock has retreated to more normal levels. The Nasdaq listing is expected sometime in the first half of 2022. The valuation does compare favourably with other EV names such as Rivian (RIVN) and Lucid (LCID).

Currently, the series of higher lows is in place despite the fall from the spike to $16.41. However, this is a high speculation name and technical analysis levels can be blown away with such volatility. Support is at $11.10 currently and a break there brings $10 into focus. Breaking the 21-day resistance at $11.66 could see a test of the volume-weighted average price of $12.65. 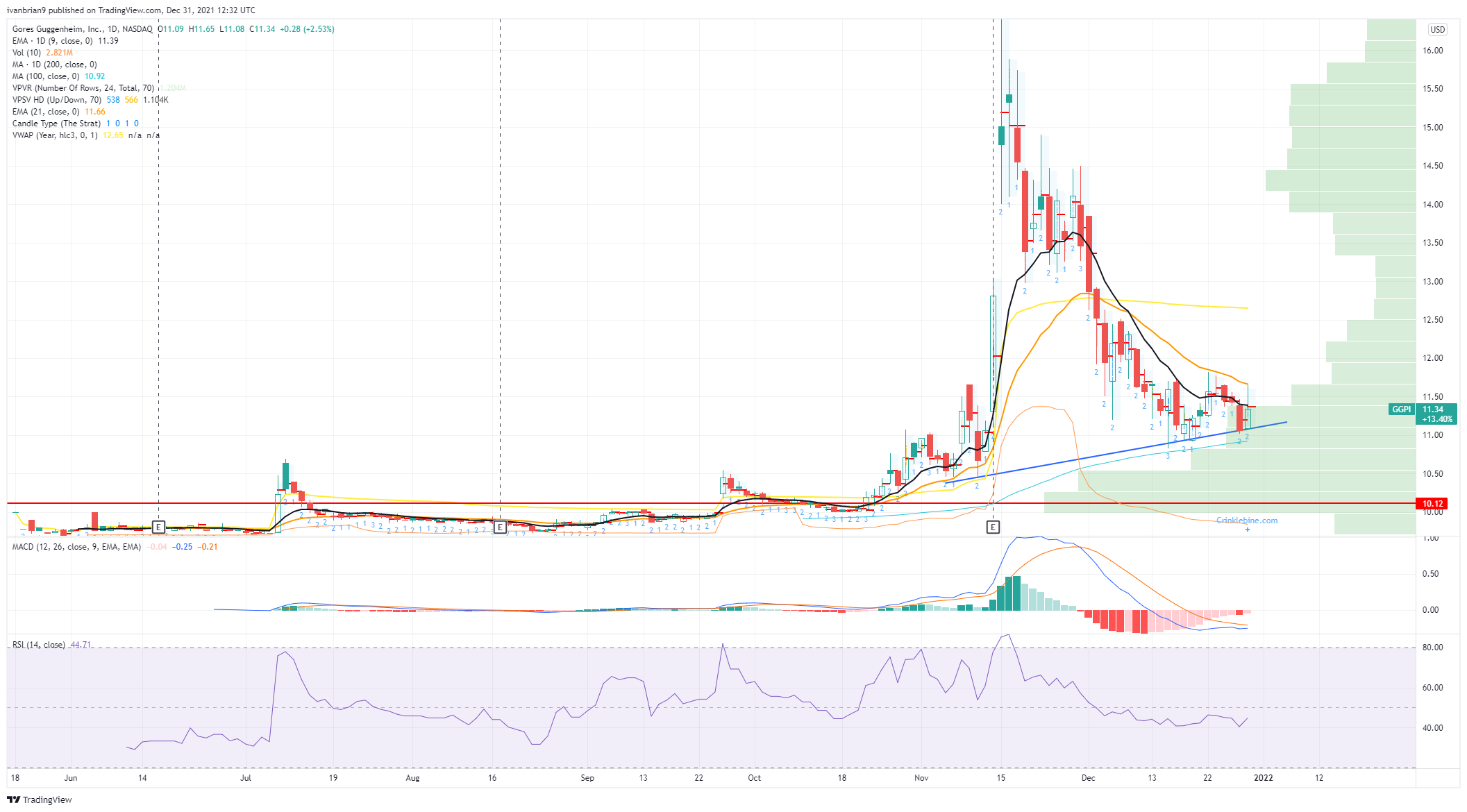