Hycroft Mining (HYMC) stock did manage a small recovery on Thursday, but the overall trend remains lower. HYMC stock spiked into interest following the investment by AMC in March but since then has struggled in the face of falling momentum. The stock closed at $1.57 on Thursday, having spiked to over $3 in March.

We must emphasize that this is not a proxy gold investment despite what some are trying to promote on social media. Hycroft has a very difficult mine, which means that extracting gold has been prohibitively expensive. Now however after the investment by AMC and the subsequent capital raise, HYMC does have the capital to commence production. Gold resources are proven at the site, but the economic cost makes it less profitable than other mines. Now with gold prices at 10-year highs, extraction looks more commercially attractive. Our chart below overlaps the gold price on HYMC stock and shows the lack of correlation between the two. In fact, by coincidence, they are almost negatively correlated. 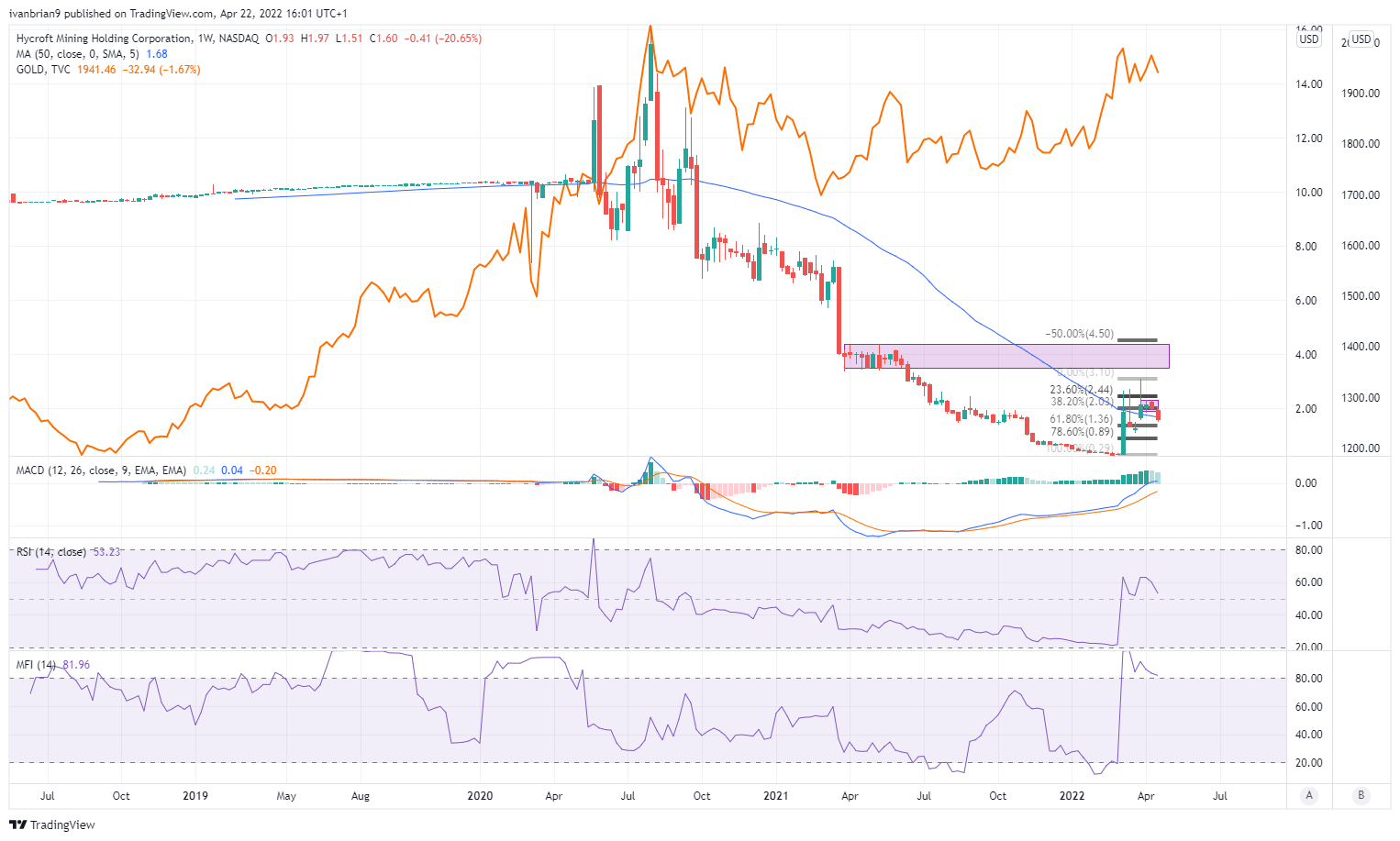 HYMC has certainly benefitted from the AMC investment and capital raise. It now has cash to survive and even perhaps thrive, but this is an early stage. The company has even admitted so itself.

“You never say ‘never’ in our industry. We’ve got a very long project with a lot of work to do, but for right now, we’ve got sufficient cash to get us plenty of runway down the road to be able to do the work we need to do, which is exploration and finalizing our technical studies for the larger commercial scale operation,” said CEO Diane Garrett.

In our view the stock is too high. It still has too much of a speculation premium built in from the AMC frenzy. 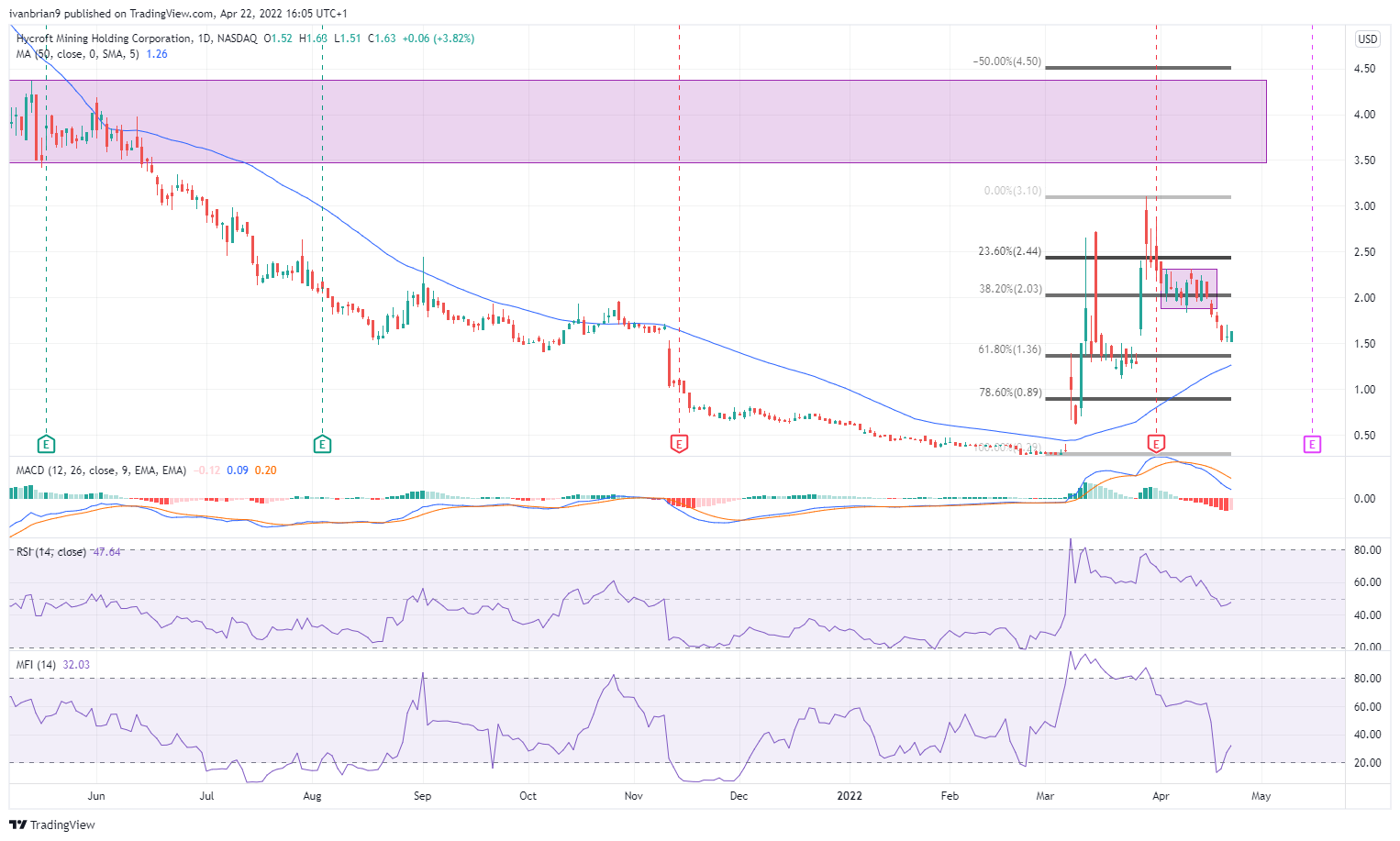