Update: MULN moved against the tie on Monday, ending the day 5.98% higher at $2.66 per share. Generally speaking, stocks started the day on the wrong footing, as most global indexes closed in the red. In the US, the Dow Jones Industrial Average edged 1.25% lower, with the Nasdaq Composite losing 2.24%. The S&P 500 lost 71 points to end the day at 4,416.95. There was no particular catalyst weighing on equities, but the usual concerns related to hawkish central banks and the Russian invasion of Ukraine, with Western nations’ response to it. Adding to the dismal mood, Chinese inflation came in higher than anticipated. Also, the country’s massive lockdowns to contain the latest coronavirus outbreak are expected to exacerbate supply-chain issues, mostly responsible of price pressures. 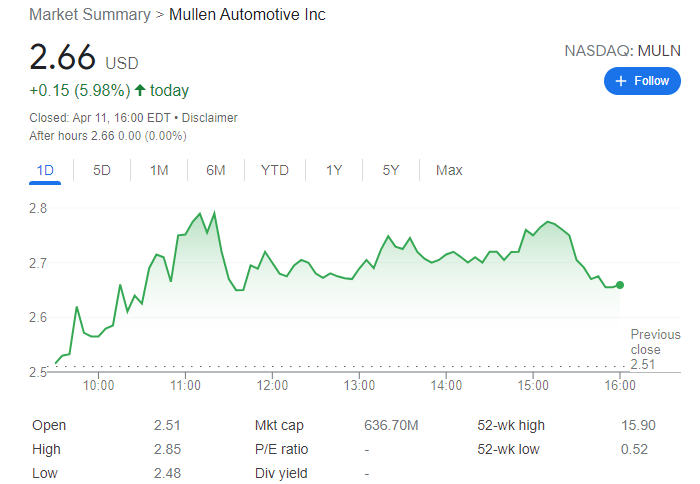 Previous update: MULN stock has opened the week trading in the green, as it stays above $2.50, up 4.18% at $2.62 at the time of writing. A retail trading favorite, MULN stock has been on some kind of rollercoaster for the past few trading days, both on the newsflow and the price action. Mullen Automotive was subject of a very negative report last week from Hindenburg Research, but as reported below, the claims have been somewhat rebutted by Bitnile CEO positive comments following NILE’s private investment on the company. MULN is an electric vehicle “meme stock” that has been targeted by many retail traders as a potential short squeeze candidate in the past few weeks.

MULN stock made up some ground on Friday after a tumultuous few days for the stock following a scathing report from noted short-seller Hindenburg Research. MULN stock is a retail favorite and had been close to the top of social media charts over the past month.

MULN stock was up much higher on Friday before losing ground into the close. MULN stock traded up at $2.77 for a gain of over 15% but lost ground as the week drew to a close. So, why this big turnaround?

Well, Bitnile (NILE) CEO Milton Todd said in a Youtube Risk On interview that Bitnile had invested privately in MULN and remains invested in the company. He also addressed concerns over Mullens electric battery range which Hindenburg aimed at. Bitnile CEO Milton Todd held an interview with EV Grid CEO Tom Grace. In the interview, Gage reportedly said “The 600-mile number [is] a number that depends on how big the car is, how big the battery is and how efficient the drivetrain and aerodynamics are. So it’s quite possible to do it. Until it’s done under observed conditions you don’t know what you’re talking about. But if you put enough battery in a car, it can go 600 miles.”

This certainly helped investors who had been nervous over going back into MULN stock after the Hindenburg report last week. We have detailed the report in a previous article but given it was titled “Yet another fast-talking EV hustle” you will get that it was less than complimentary. It took aim at Mullen’s claims over its battery as well as recent news regarding a major order for electric vans: “The two electric cargo vans that Mullen claims it will be manufacturing are Chinese EVs rebranded with a Mullen logo. Import records show the company recently imported two vehicles from China, one of each model”.

This is high-risk investing, though, as MULN stock is an early-stage investment. 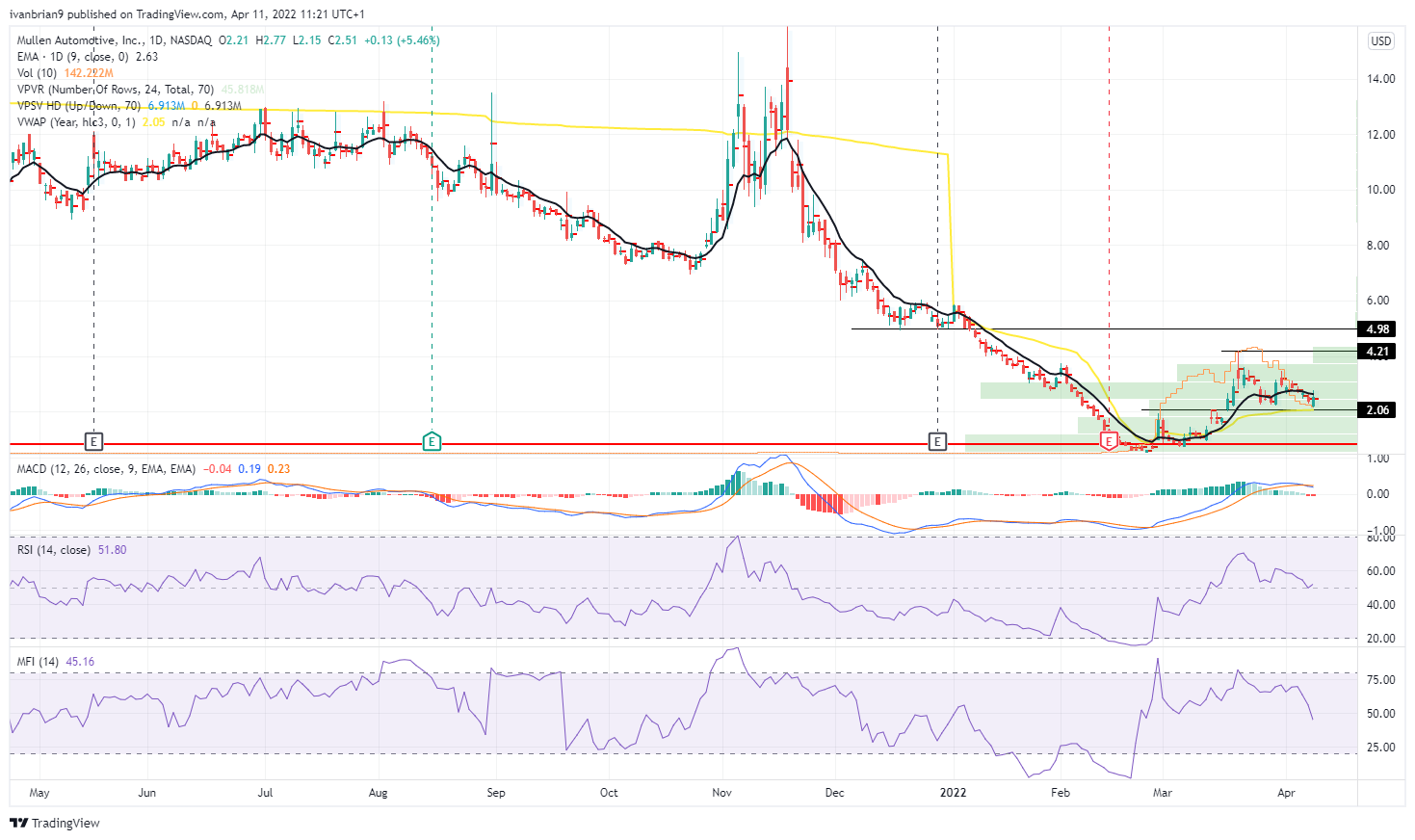 Prior Update: MULN stock has opened the regular session positively on Monday but only just about. Unusually for MULN it is actually barely moving and volatility is dropping. There has now been some conflicting newsflow over the stocks following on from Hindenburg’s harsh report last week. As detailed below there has been some rebuttal to the report which has helped the stock calm down but also now means a bit of directionless trading. Who is correct, it is up to investors to work that out for themselves at the moment. As far as we are aware Mullen has made no reply to the Hindenburg report. They of course do not have to. At the time of writing, MULN stock is beginning to make a move higher, trading at $2.55 for a gain of 1.5% as the stock looks to edge a bit higher. Retail interest is still high judging by the messages across social media and most appear to be from bullish retail investors.