UPDATE: NIO is down over 1% heading into the close, trading at $23.82 per share. Global stocks edged lower at the beginning of the week, undermined by mounting geopolitical tensions around Ukraine. The market’s sentiment soured after US President Joe Biden said on Sunday that the country would respond “swiftly and decisively” if Russia invades Ukraine. US indexes spent most of the day in the red, but ended the day unevenly. The Nasdaq Composite was the best performer, down measly 7 points at the time being. 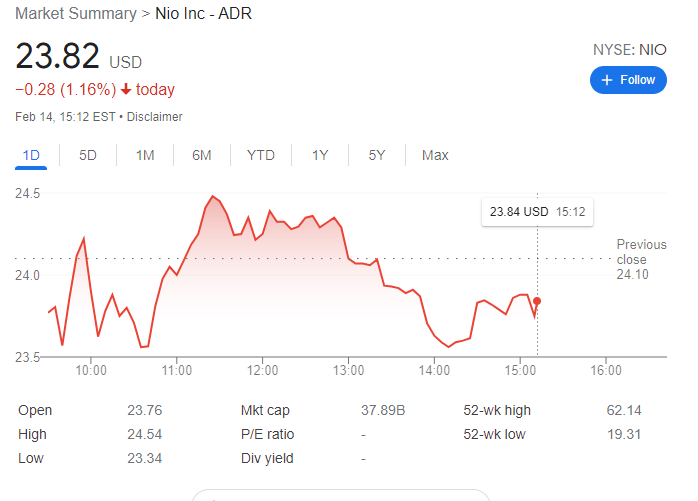 Previous Update: NIO shares opened the week lower on Monday, trading down 2.1% at $23.58. This is in line with other EV stocks as the NASDAQ opened down 0.3% after the foreign minister of Ukraine reiterated that his nation remained steadfast in seeking entry to NATO. A formal treaty between Ukraine and NATO is a red line that Russian President Putin has said could lead to war.

Though I am long NIO, in the short term I do not see it making much ground. I could and should really sell and re-enter when the timing is right, but it is a small long-term position in my portfolio. The stock has multiple headwinds from Chinese tech regulation to macroeconomic factors. NIO is down 24% year to date (YTD). By comparison, Tesla (TSLA) is down 18% YTD. Rivian (RIVN) is down 43%, and Lucid (LCID) is down 32% so far in 2022.

Clearly then, this is not the sector to be in. For the sake of comparison, the S&P 500 is down 7% in 2022 and the Nasdaq is down 13% YTD. This shows how important the broad macro and sectoral factors can be in your investment process. We all know oil prices are elevated and remain so due to Russia, Ukraine tensions and forecasts for global economic growth. The XLE Energy sector is up 27% so far in 2022. The financial sector also benefits from higher interest rates and is up 3% so far this year. Despite falling markets, cash is not necessarily king. Inflation is clipping 7% of your cash in the bank currently.

Recently NIO released some solid January delivery numbers. Growth of 33% yearly was strong despite a fall in month-on-month comparisons. This is not unusual due to the Chinese lunar new year slowdown. XPENG (XPEV) and LI Auto (LI) posted similar yearly and monthly growth rates. There is no doubt the EV market is growing quickly and likely will just be the mainstream auto market in the next ten years.

NIO faces strong competition from domestic and foreign rivals. XPeng (XPEV) announced last week plans to expand into Europe, following on from NIO announcing in December that it was targetting Germany, Sweden, Holland and Denmark.

Below $27.34 NIO remains bearish. It needs to break above to regain some stability, but in the current environment that is unlikely. The sector is out of favour and the macro backdrop continues to worsen. Expect a move to once again test $20. Breaking $20 sees a volume gap until $14. 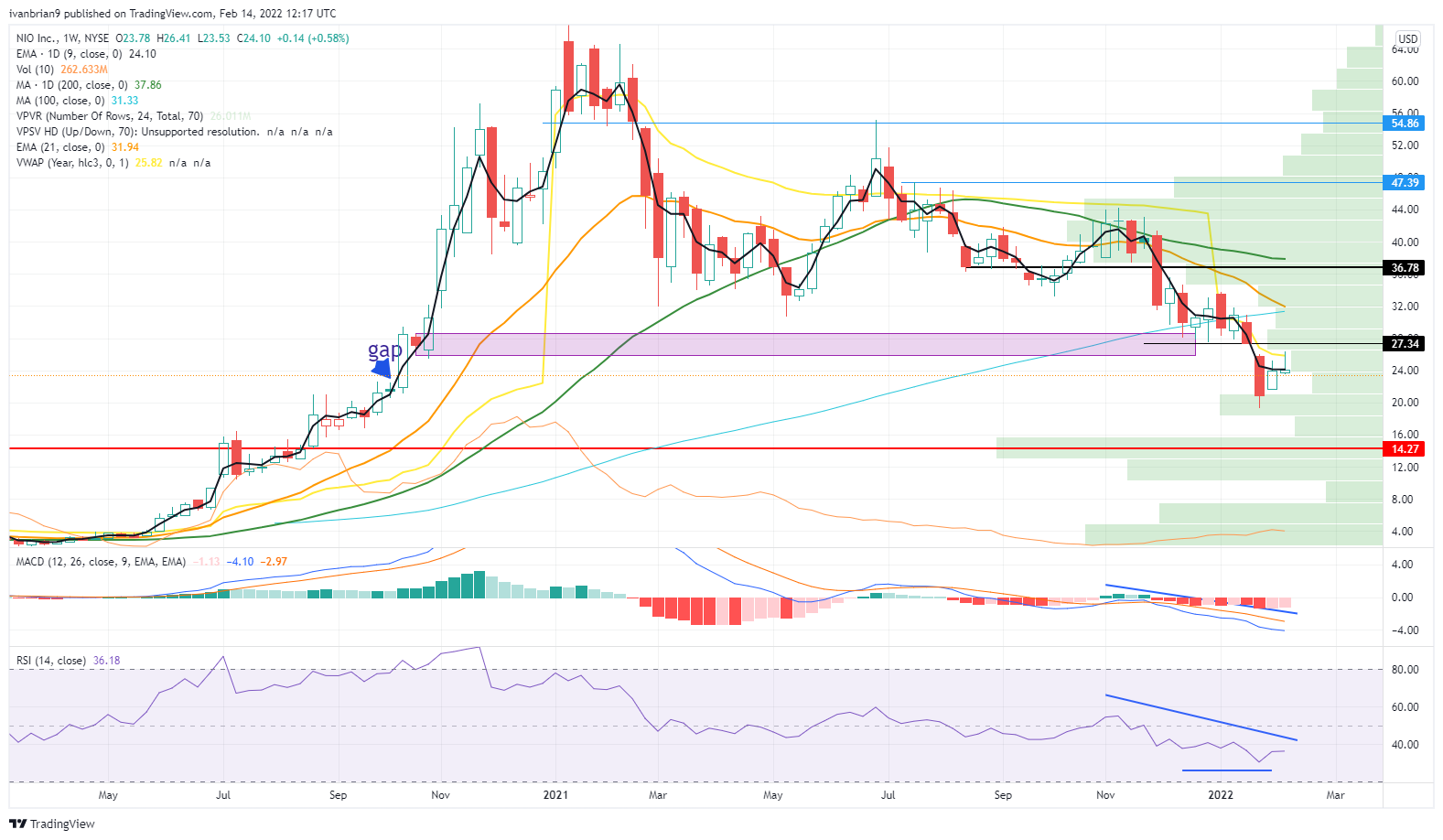