Update: Nvidia (NVDA) is up roughly 7% heading into Tuesday’s close, trading at $321.22 per share. Wall Street’s rally after a soft start to the week, with the Nasdaq Composite currently up 424 points or 2.01%. The Dow Jones Industrial Average added 442 points, while the NYSE is up 285 points. Finally, the S&P added 2.04% so far today. The upbeat tone of global indexes is the result of coronavirus-related optimism, as market players are pricing in the Omicron variant would result less aggressive. Nevertheless, there are no confirmations yet, and risk-off could make a sudden return to financial markets. 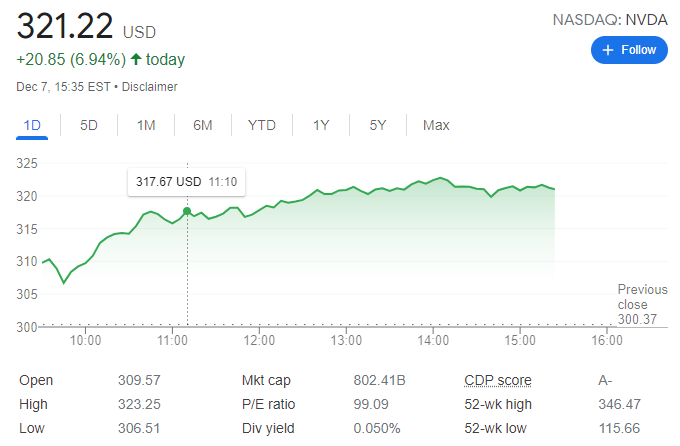 Previous update: Nvidia (NVDA) stock suffered on Monday in what was an especially volatile session for the stock. Nvidia plummeted early on Monday as fears over the Arm deal falling through mounted on a suit from the Federal Trade Commission (FTC). However, this news hit the wires last Thursday, so it was not the main reason behind Monday’s weak opening. Rather it was likely a case of stop hunting by traders as the $300 level proved just too tempting not to at least test.

The news over the Arm deal being investigated is not new and is definitely not a positive, but this has been widely publicized. However, the suit by the FTC is new news, and the trial is due to start on May 10 next year. Citibank lowered their probability of the deal going through to just 5% after news of the FTC suit broke. “We have said for some time that it is unlikely this deal gets approved”: Wedbush.  “This combo just would have been too much”: Susquehanna.

Wedbush did also note in their comment that the investment community at large was putting a low probability on the Arm deal getting through, so why then the sell-off? This puts a further nail in the coffin of the deal, and that does have slightly negative connotations.

Added to this, profit taking is a feature now of many stocks that have had strong years to date, and $300 was such a psychological level that stops were always likely to be placed just below. This would appear to be the case with a sharp move on the open, which then quickly reversed.

This move however is likely to lead to more bearishness in the medium term. While we expect risk to assuredly be back on for the remainder of the week, we are not so bullish up on Nvidia.

A combination of profit-taking and this serious hit to momentum is likely to lead to a stall. A bounce is likely, but resistance now at $310 is strong. Holding below that and the target remains $267 in the medium term. Breaking $310 does change our view. The MACD, RSI and stochastics are all signalling lower for now. 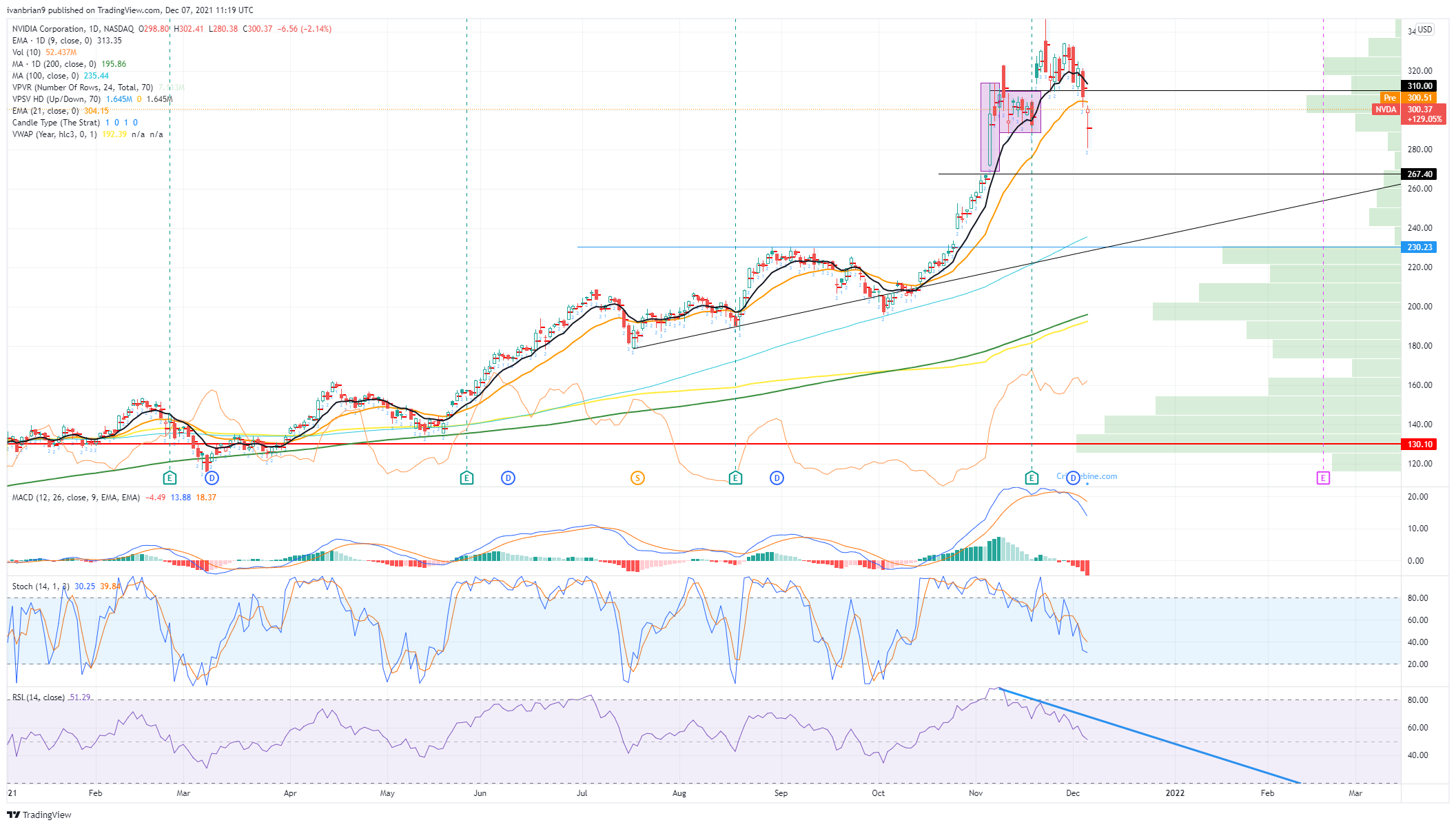