The NZD/JPY continued its downtrend after plummeting more than 300 pips following the Bank of Japan (BoJ) adjustment of its Yield Curve Control (YCC) on the 10-year JGB to 0.50%, which bolstered appetite for the Japanese Yen (JPY) to the detriment of most G8 currencies. At the time of writing, the NZD/JPY is trading at 84.34, slightly above the December 29 daily low of 84.20.

After hitting a weekly high of 84.98, the NZD/JPY formed a bearish harami candle chart pattern, which usually has a downward bias. Nevertheless, it should be said that the 200-day Exponential Moving Average (EMA) lies close to current exchange rates and could be a difficult hurdle to surpass at 84.04, which, once cleared, will exert downward pressure on the NZD/JPY. Oscillators like the Relative Strength Index (RSI) and the Rate of Change (RoC) suggest sellers are in charge, though the RSI is almost flat, and the RoC continues to approach its neutral level.

If the NZD/JPY clears the 200-day EMA, that could open the door for further losses. Hence, the NZD/JPY first support would be the December 28 low of 83.66. Once cleared, the NZD/JPY might fall toward the 83.00 figure, closely followed by the December 23 daily low at 82.52. 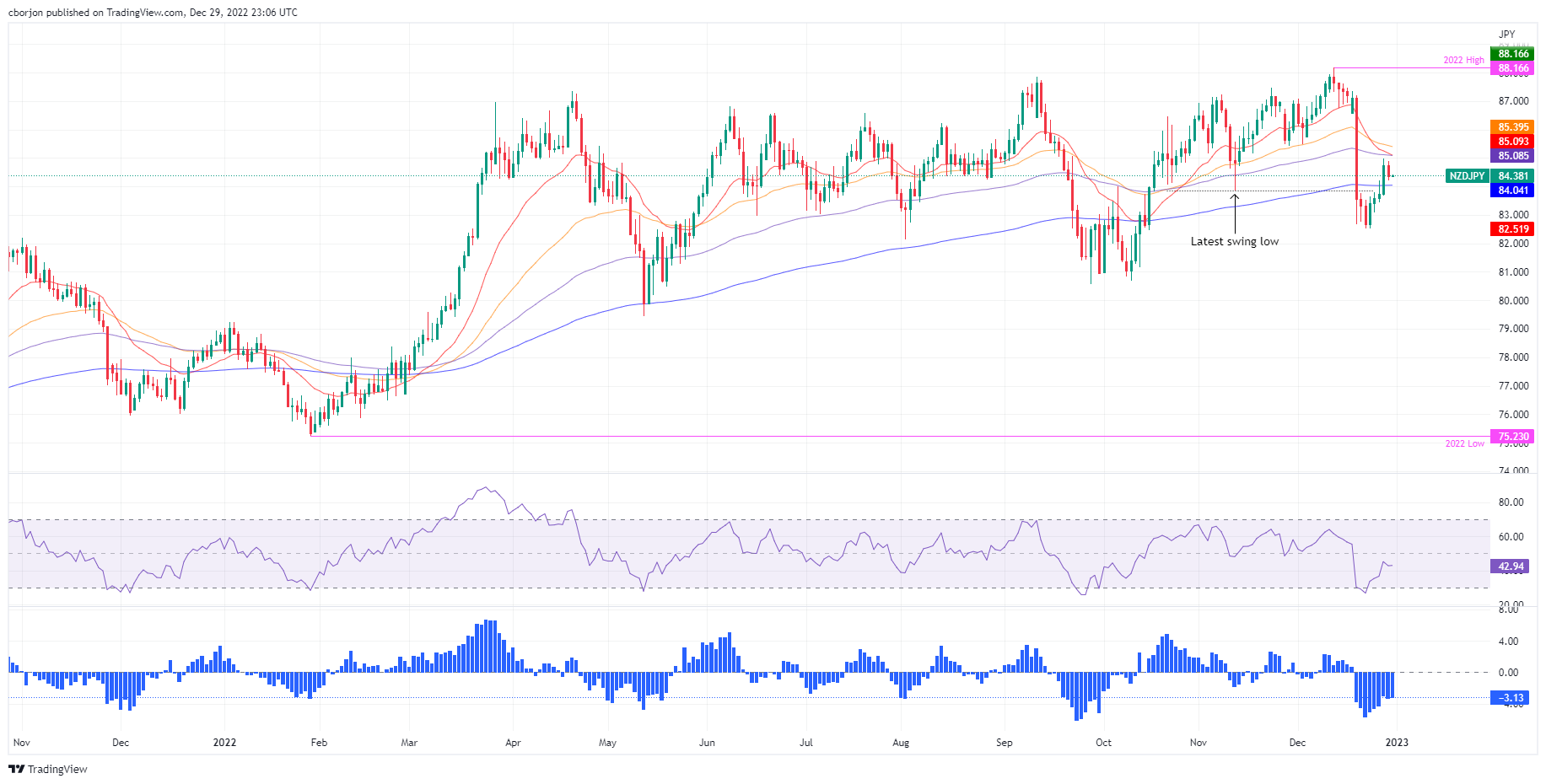