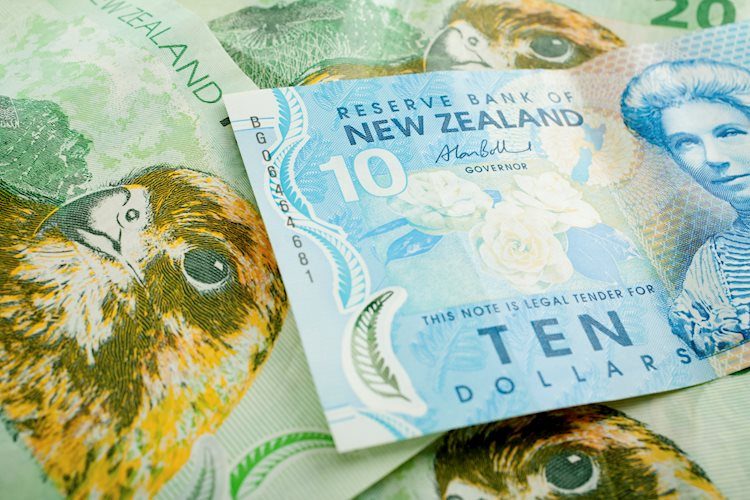 At 0.6540, NZD/USD is down by some 0.33% from a high of 0.6590 but has consolidated into the close in the North American session above the tailspin lows of 0.6527. The bird has been pressured on Wednesday ahead of key data for the US on Thursday and the Federal Reserve next week as risk-off themes continued to underpin the US dollar.

”The Kiwi fell further versus the dollar overnight. This was amid broader stronger dollar moves, as the DXY reached its highest level since 2016,” analysts at ANZ Bank said.

”The ongoing rally in the USD is being helped by concerns about the European outlook amid the ongoing war in Ukraine, and expectations that the Fed will hike quickly over the next few months to cap inflation. It will be difficult for markets to shift out of the current dynamic until next week’s FOMC meeting, as markets await to see how the Fed’s language evolves.”

The growth concerns in Europe are also underpinning the US dollar following yesterday’s news that Russia cut off gas supplies to parts of the region. Russia’s Gazprom (GAZP) halted gas supplies to Poland and Bulgaria on Wednesday over their failure to pay in roubles, cranking up an economic war with Europe in response to Western sanctions imposed for Moscow’s invasion of Ukraine.

The global growth concerns are also due to China enacting lockdowns in a bid to stem the spread of COVID-19. Beijing has ramped up mass testing for COVID-19 while the financial hub of Shanghai has been under strict lockdown for around a month.

Analysts at Rabobank explain, that ”in contrast, against the backdrop of accelerated US inflationary pressures, the Fed is currently signalling that it will be tightening policy aggressively in the coming months. This should undermine the outlook for riskier EM currencies and keep the USD underpinned. ” The antipodeans are high beta currencies and much like EM-FX, they will struggle in such an environment.

For Thursday, traders will look to US growth data. ”US Real Gross Domestic Product likely slowed sharply in Q1 following a significant increase to 6.9% AR in Q4 from 2.3% in Q3,” analysts at TD Securities said.

”As was the case last quarter, inventories will play a large role though they will be a drag instead. That said, domestic final sales likely continued to strengthen on the back of firming consumer spending. The inflation parts of the report will likely show acceleration.”