NZD/USD was ending the North American session on the back foot. The price made a low of 0.6301 and had fallen from a high of 0.6078. The US dollar and shorter-dated US Treasury yields climbed on Thursday on the back of Federal Reserve Chair Jerome Powell’s comments who said that the Fed was “strongly committed” to controlling inflation.

The move in the kiwi largely reflects short-term stability seen in the USD itself (at elevated levels) against a backdrop of a small bounce in equities and softer oil prices, analysts at ANZ Bank said. ”Technically, the fact that 0.60 has held, is, as we noted yesterday, a positive. But of course it wouldn’t take much to break it, and in that regard, next week’s duo of US CPI data on Tuesday night (NZT) and NZ Gross Domestic Product on Thursday are key risk events.”

Investors digested hawkish remarks by Powell and other policymakers that are underpinning the sentiment for a large interest rate hike later this month. In more recent trade, Chicago Fed President Charles Evans joined his fellow policymakers in saying that reining in inflation is “job one,” although he said that he would prefer to raise rates and hold for some time, rather than raise too far and then have to cut. ”I’m open-minded on 50 bps or 75 bps rate hike for Sept.” Money market traders see nearly 90% odds that the Fed will hikes rates by 75 basis points at this month’s meeting. 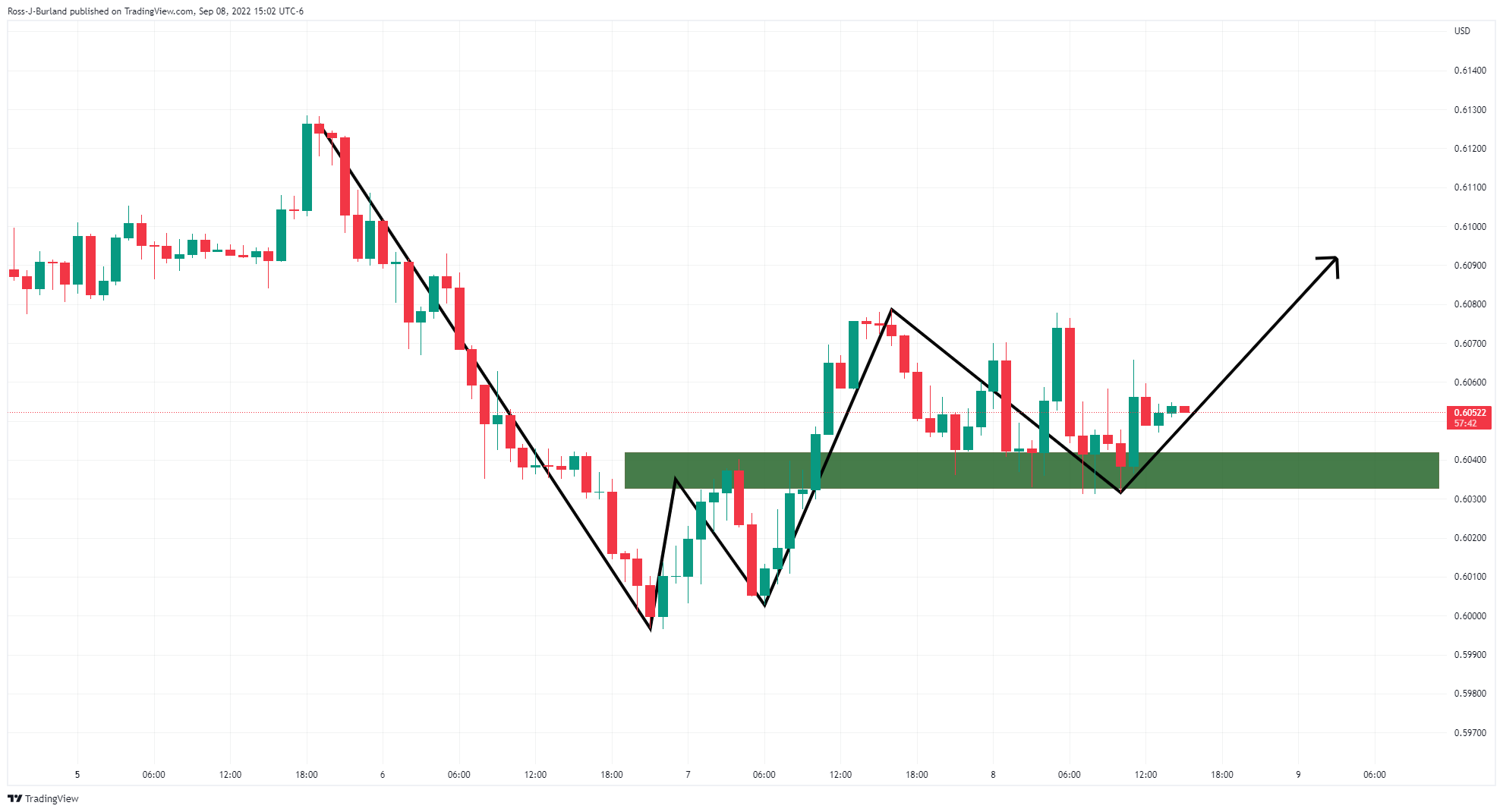 The bulls are holding at the W-formation’s neckline support which could give rise to an impulse higher for the day ahead.