The New Zealand Dollar (NZD) retraces from two-week highs around 0.6370s vs. the USD Dollar (USD) and stumbles to 0.6310s amidst a dull North American session, with US financial markets closed on the observance of new year’s eve. Hence, the NZD/USD drops 0.42% after hitting a daily high of 0.6345, trading at 0.6318.

European equities finished with gains, courtesy of an improvement in market mood. An absent New Zealand and United States (US) economic docket keep most G8 currency pairs within familiar ranges ahead of a pack worldwide economic calendar. Nevertheless, worst than expected, China’s PMIs revealed by the National Bureau of Statistics (NBS) show a gloomy outlook for the second-largest economy in the world. Figures came at 47.0 from 48.0 in November, its most significant drop since the early days of the pandemic.

That said, the NZD/USD pair edged lower, while the US Dollar Index, a gauge of the greenback’s performance against six currencies, advanced 0.14% to 103.63, rebounding at around six-month lows hit during the last week at 103.38.

Aside from this, the International Monetary Fund (IMF) director Kristalina Georgieva said the global economy faces “a tougher year than the year we leave behind.” Georgieva added that 1/3 of the global economy would hit a recession, impacted mainly by the three largest economies, the US, EU, and China, which “are all slowing down simultaneously.”

From a daily chart perspective, the NZD/USD pair remains upward biased, though headed for consolidation, as the 20-day Exponential Moving Average (EMA) at 0.6308 acts like a magnet, dragging the exchange rate toward its price level. Oscillators like the Relative Strength Index (RSI) and the Rate of Change (RoC), aim towards their mid-line, suggesting that buying pressure is easing. But if the NZD/USD pair remains above 0.6300, that could pave the way toward higher prices. 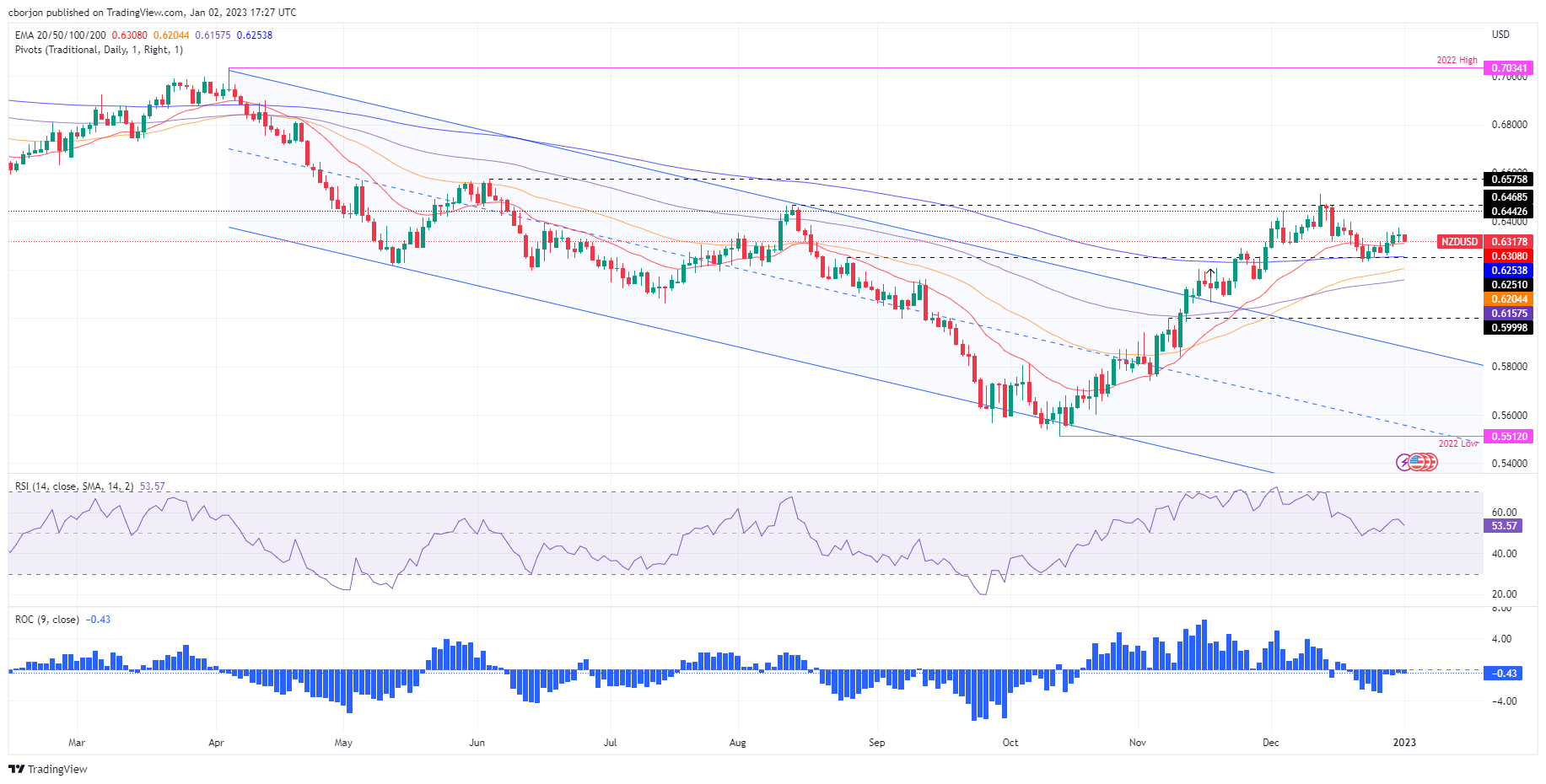