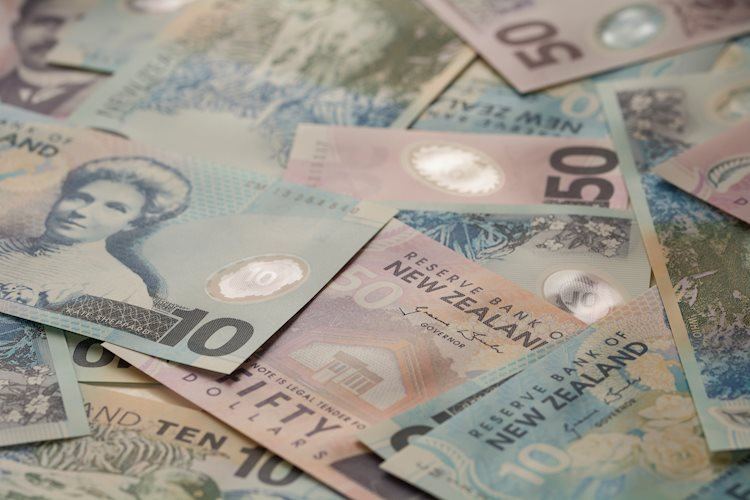 The NZD/USD pair reversed an intraday dip, albeit lacked any follow-through and for now, seems to have stabilized near the key 0.7000 psychological mark.

The pair attracted some buying in the vicinity of a monthly low and quickly recovered around 20 pips from the 0.6985-80 area touched earlier during the Asian session on Monday. The uptick lacked any obvious fundamental catalyst and remained capped amid the prevalent strong bullish sentiment surrounding the US dollar.

In fact, the key USD Index stood tall near the highest level since July 2020 and continued drawing support from growing market expectations for an early policy tightening by the Fed. Investors seem convinced that the US central bank would be forced to adopt a more aggressive policy response to contain stubbornly high inflation.

The Fed funds futures indicate the possibility for an eventual Fed rate hike move by July 2022 and a high likelihood of another raise by November. The speculations were further fueled by Fed Governor Christopher Waller’s comments, saying that the US central bank should speed up the pace of tapering to give more leeway to raise interest rates.

That said, rising bets for yet another rate hike by the Reserve Bank of New Zealand (RBNZ) acted as a tailwind for the NZD/USD pair. Hence, the market focus will remain on the upcoming RBNZ monetary policy meeting on Wednesday. Apart from this, the FOMC meeting minutes will help determine the near-term trajectory for the major.

In the meantime, traders might take cues from the US bond yields and the broader market risk sentiment. This, along with the only scheduled release of Existing Home Sales data from the US, might influence the USD price dynamics and provide some impetus to the NZD/USD pair, though traders would refrain from placing aggressive bets.