The NZD/USD sinks more than 100 pips or 2% during Tuesday’s North American session, spurred by a hot US inflation reading, which favors the US Federal Reserve’s case of a 75 bps rate hike in the September 20-21 meeting. That, alongside higher US Treasury bond yields and a stronger greenback, triggered a risk-off impulse.

NZD/USD dropped after elevated US CPI

The US Bureau of Labor (BLS) reported that August inflation rose by 0.1% MoM, highest than estimates of a contraction of 0.1% by market participants, while annually based, it hit the 8.3% threshold, also exceeding expectations. The so-called core Consumer Price Index (CPI), which excludes food and energy, ticked up 0.6% MoM,  above July’s 0.3%, due to higher rent and medical indexed, as reported by the BLS. The year-over-year core CPI rose by 6.3%, more than 5.9% in July.

Elsewhere, market participants have fully priced in a 75 bps rate hike next Wednesday at FOMC’s meeting, while odds of a 100 bps increased to 20% via the CME FedWatch Tool. 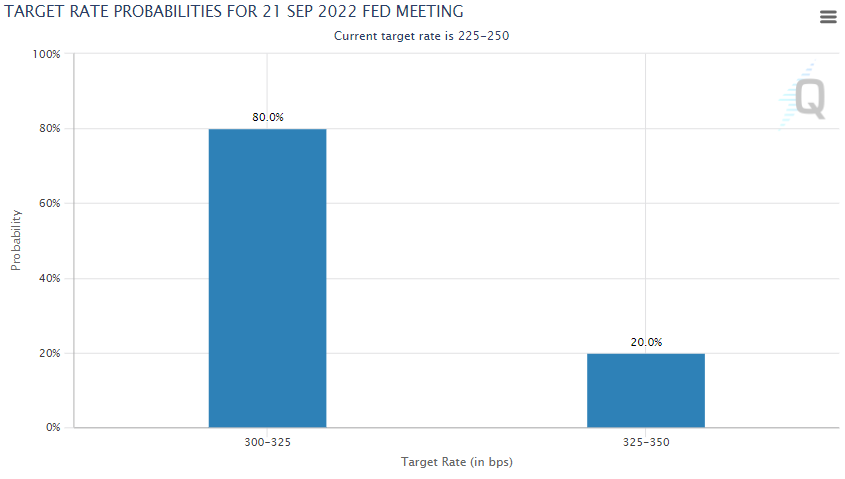 In the meantime, the US Dollar Index, a measure of the buck’s performance against a basket of peers, is rallying more than 1%, up at 109.606, underpinned by higher US Treasury yields, like the 10-year benchmark note rate at 3.447%, gaining close to 9 bps.

On the New Zealand side, the ANZ House Price Index fell 1.3% MoM in August, while adjusted sales printed a solid 4.9%. Later in the day, the New Zealand economic docket will reveal the Current Account data for the second quarter.

The US economic docket will feature the Producer Price Index (PPI) for August on Wednesday, with the headline foreseen at -0.1% MoM, while the core PPI is expected at 0.3%.