Rivian (RIVN) shares did catch a bounce on Thursday, perhaps some contra flow from the Tesla recall story. However, Rivian is far from out of the woods in terms of bearish sentiment and the stock is still struggling for momentum. $100 is just about holding for now but a break below could spell trouble and signal a move to the IPO level of $78.

Yesterday saw news break of a large Tesla recall due to issues over the rear cameras. Reuters reports the total recall is 475,000 which is nearly last year’s total delivery number. Rivian may have benefitted indirectly from this despite Rivian not delivering large numbers of vehicles yet. Lucid Group (LCID) also rose on Thursday giving the Tesla alternative argument some credence. Both Rivian and Lucid are obvious Tesla competitors so any problems for Tesla could be taken as an indirect positive for other electric vehicle manufacturers. Gores Guggenheim (GGPI) a SPAC taking EV maker Polestar public also rose yesterday. Polestar is seen as a serious Tesla competitor and is backed by Volvo.

We notice the development of a triangle pattern in Rivian shares. For the most part triangle patterns are continuation patterns. Especially this type which is symmetrical, ie both top and bottom lines are sloped equally. This would see Rivian break out to the downside to continue the slide from the post IPO high of $179.47. The target is the size of the entry width of the triangle. In this case just over $25 giving Rivian a downside target of $75. This sits neatly with the IPO target of $78. Breaking the high of $107 from Dec 27 would end this theory in our view and see $117 then tested. 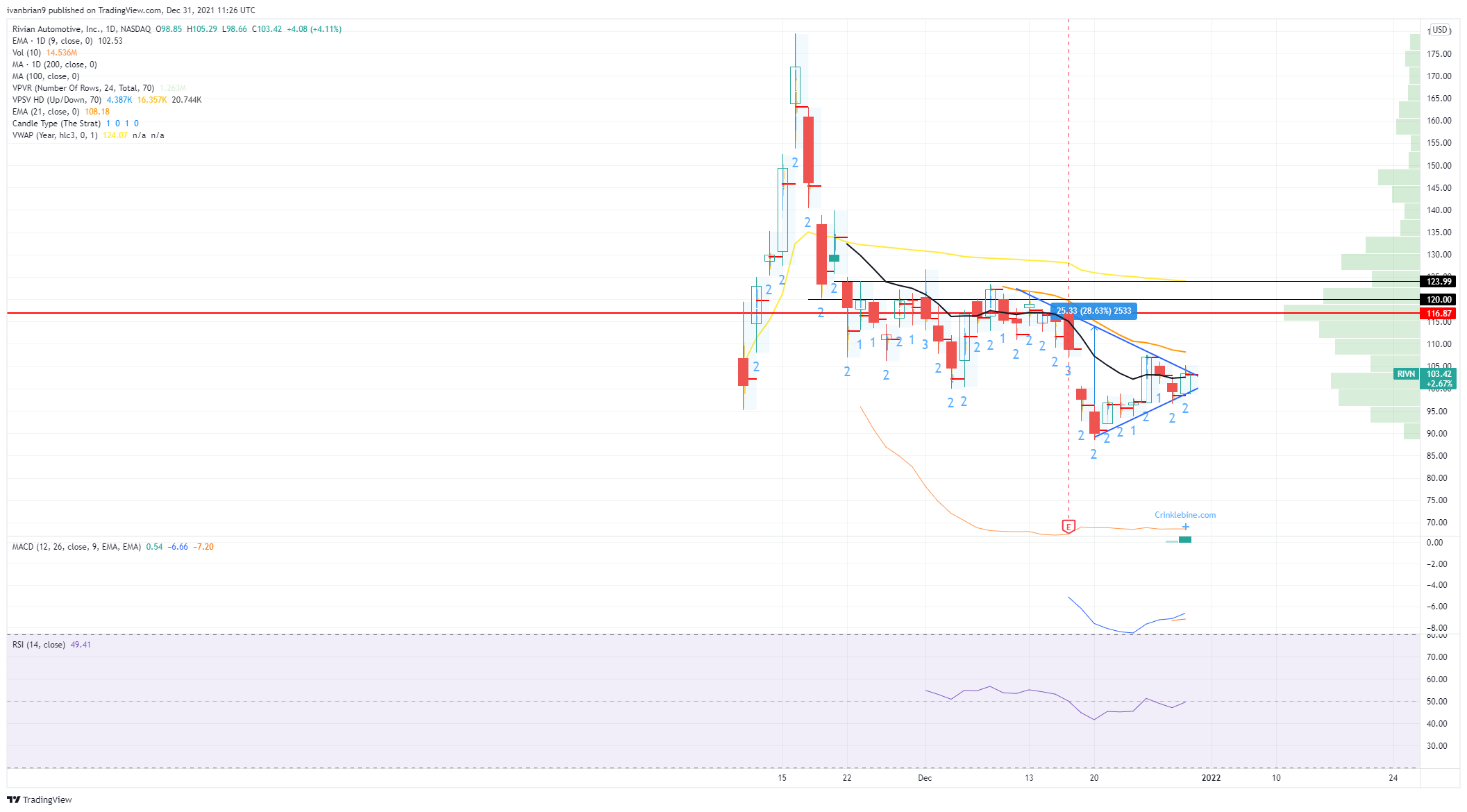