Rivian shares are lower in Friday’s premarket by a substantial margin. At the time of writing, the shares are over $9 lower at $99.52 for a loss of 8.6% and also breaking the psychological $100 barrier. It should be remembered though that Rivian IPO’d at $78 so this still represents decent gains for those that got in at the ground level. Retail investors were not so lucky though. IPOs are usually the preserve of institutions, a fact that has driven retail to the SPAC space so aggressively this year. The opening price after IPO was $106.75, meaning those retail investors who chased the name are now underwater.

Rivian dropped its Q3 earnings after the close on Thursday. The numbers were not good: a loss of $1.23 billion and a delivery shortfall. Admittedly, the shortfall is only due to be a few hundred units, but the optics are not good. Rivian also said it is going to build a $5 billion plant in Georgia.

For the most part, the majority of Wall Street analysts did defend the earnings with many noting the loss was actually less than expected and that production and order numbers remain strong.  RBC did say the firm has a lot on its plate, and Barclays has lowered its price target.

Rivian shares are set to open below $100 for the first time since the IPO. It remains to be seen if that will trigger some legacy stop losses. Given the lack of volume below, it is hard to find any volume-based support and the next obvious point is the $78 IPO price. There is a lot of resistance from $114 to $120, with huge volume in those areas. 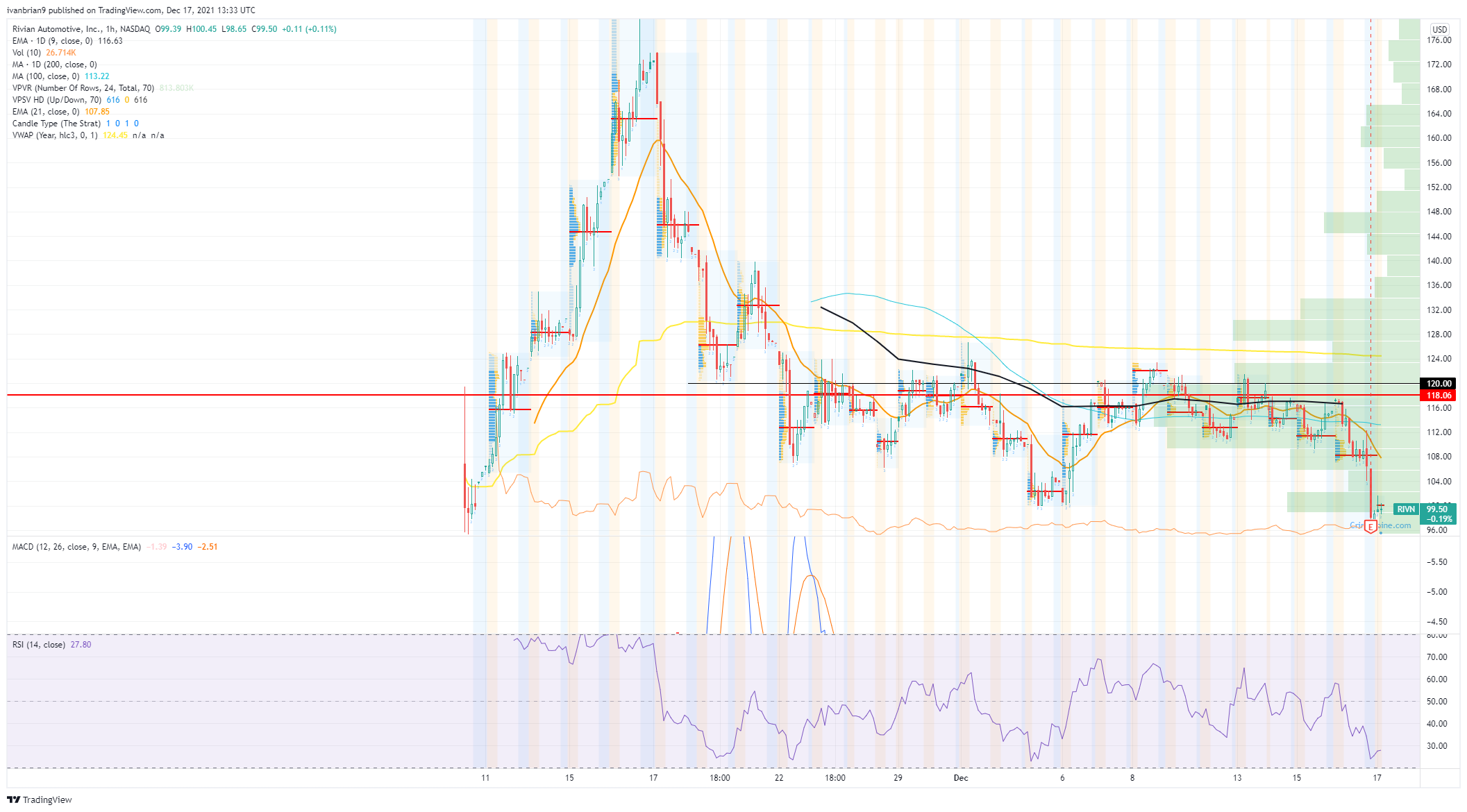