Silver prices’ uptrend from early November lows in the area of $19.00 have been halted on Friday at five-month highs of $22.05, before pulling back to the mid-range of $21.00. On the weekly chart, however, the pair is on track to post a nearly 5% rally.

The precious metal has reached an important resistance hurdle in the vicinity of $22.00, where the 50% Fibonacci retracement level of the April – September downtrend and the June 16, 17, and 21 highs are holding back the bulls.

Beyond that, the pair has reached overbought levels on hourly and daily charts, which suggest that some consolidation or even a moderate pullback is still consistent with the possibility of further appreciation. 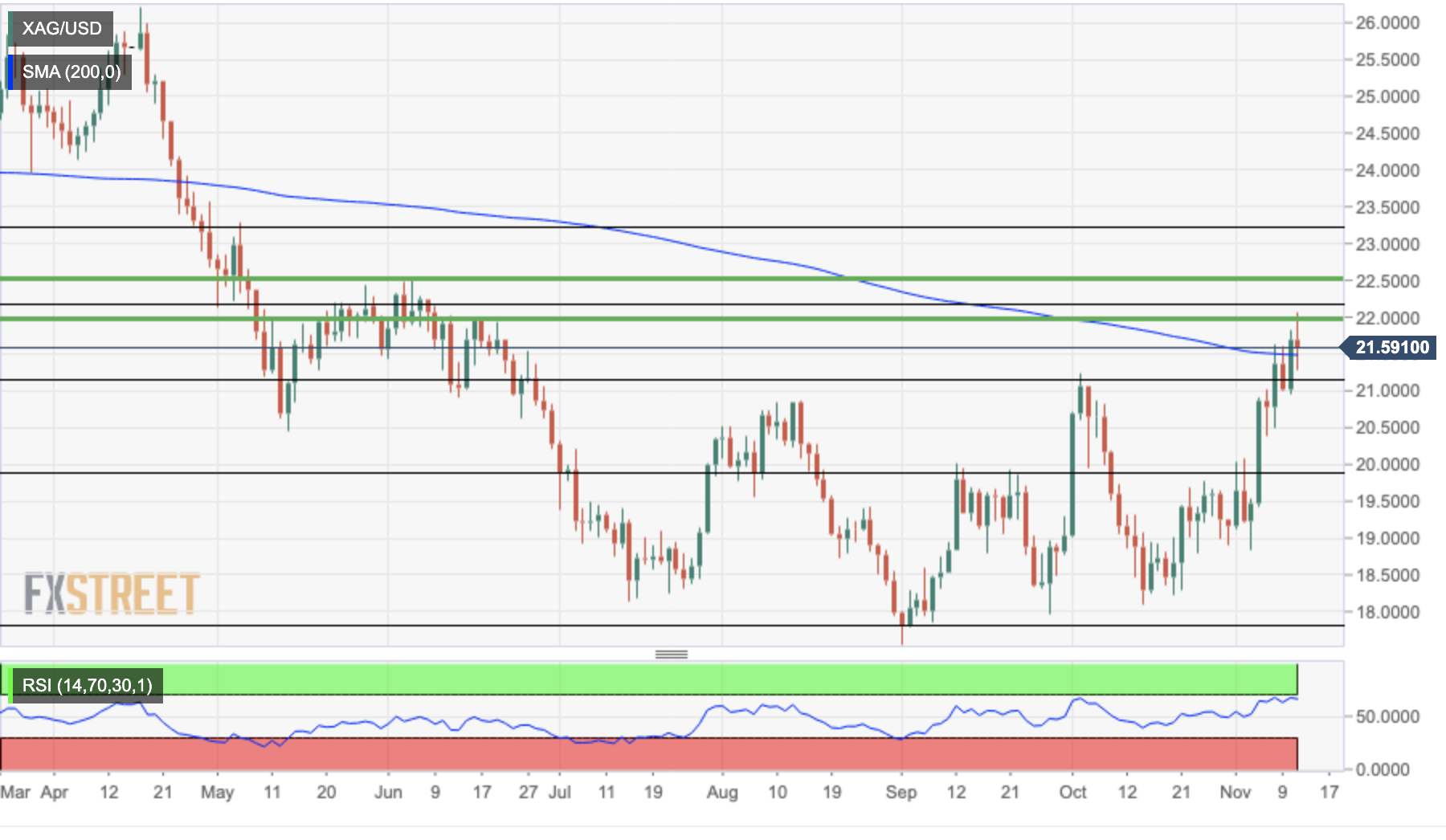