Silver prices skyrocketed on Friday, propelled by a weak US dollar, following a mixed US Non-Farm Payrolls report. The precious metal appreciated about 7% on the day, breaking beyond the top of the last two weeks’ trading range, around $20, to hit three-week highs at $20.80 so far.

The release of the US Non-Farm Payrolls report sent the US dollar tumbling earlier today. Non-Private payrolls increased to 261K in October, beating expectations of a 200K rise, and September’s figures have been revised up to 315K from the 264K initially estimated.

On the other hand, the unemployment rate has increased to 3.7% from 3.5% in September and wage inflation slowed down to 4.7% from 5% over the previous month. These figures suggest that labor market conditions might be easing, which brings the possibility of a dovish pivot in December back to the table.

From a technical point of view, silver is now right below an important resistance area at $20.90, where October 6 and 7 highs meet the 38,2% Fibonacci Retracement of the April – September decline.

With the pair now reaching overbought levels in hourly and daily charts, the possibility of a moderate pullback before further rally should be contemplated. 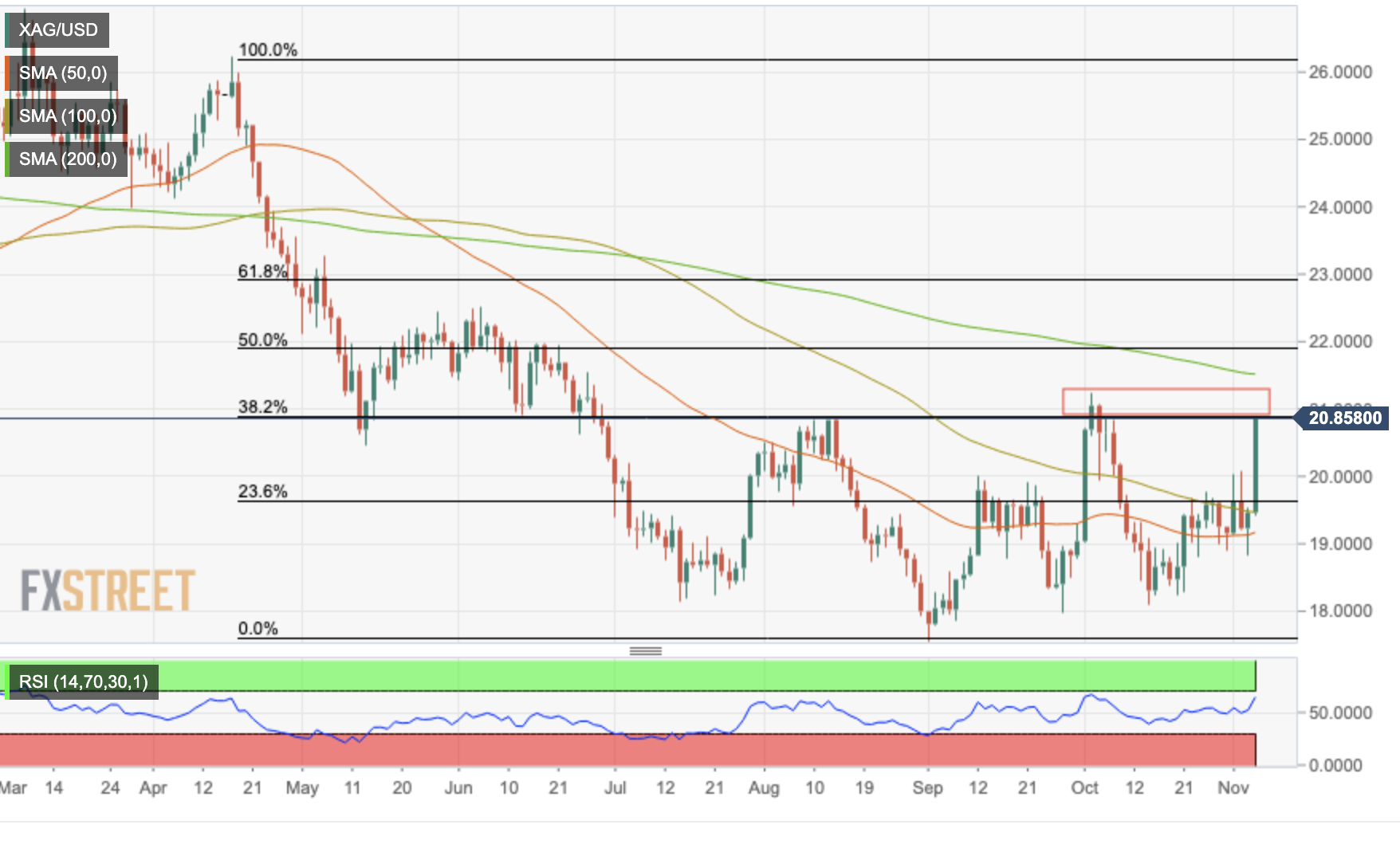