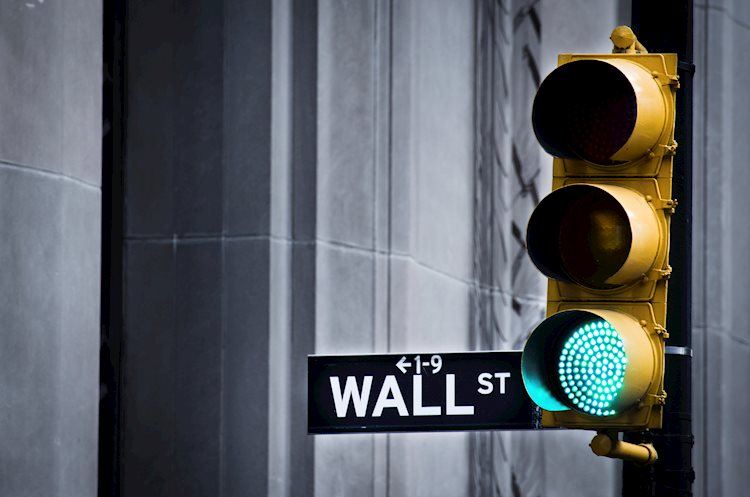 US equities ended the Wall Street trading session in positive territory amid an optimistic market mood, as Russia-Ukraine jitters easied, thus boosting market participants’ sentiment. The S&P 500, the Dow Jones Industrial Average, and the heavy-tech Nasdaq recorded gains between 0.97% and 1.84%, finishing at 4,631.60, 35,294.19, and 14,787.13, respectively.

The market mood improvement courtesy of developments in the Russia – Ukraine front boosted the prospects of a truce between both countries. Furthermore, Russia’s Medisnky noted that talks had been constructive, and Russia is taking two steps to de-escalate the conflict. Additionally, reports that a Putin – Zelenskiy meeting could be possible, according to the Ukrainian Presidential Advisor Podolyak, as reported by a CNN reporter on Twitter.

Meanwhile, the US Dollar Index, a gauge of the greenback’s value, ended at 98.410, down 0.69%, while the 10-year US Treasury yield extended its losses, down five basis points at 2.398%, and during the day sat below the 2-year, which now is at 2.372%,  just two-basis point short of inverting the yield curve for the second time in the day.

Sector-wise, the leading gainers were Real Estate, Technology, and Consumer Discretionary, up 2.85%, 2.06%, and 1.54% each. The main loser was Energy which lost 0.44% despite rising crude oil prices.

The US economic docket featured Philadelphia Fed President Patrick Harker crossing the wires. Harker stated that inflation in the US would be around 4% in 2022 and added that the US central bank “misjudged” the effect of fiscal expenditure on inflation.

He added his name to the list of policymakers that do not rule out a 50-bps increase in the Federal Funds Rate (FFR). Harker commented that the QT could add the equivalent of two quarter-point rate increases to Fed tightening.