The equity market actually held up well despite the bombs dropped by Fed Hawk Bullard who projected rates in the range of 5% to 7%. That did initially see a brief sell-off in stocks and a rise in the US Dollar, but momentum was slow and the trend never really took off. Yes, bond yields are higher and remaining so this morning. Futures, meanwhile, are largely flat to lower, but indices in Europe remain in the green. The European recovery continues, and the relative trade –short US/long Europe – still runs.

The question now is whether the equity market is delusional or accustomed now to higher rates. This morning Lagarde went all hawkish to follow Bullard, but so far European equities are higher. The Euro, meanwhile, slumbered through her remarks, which were not much different from previous statements. She was merely reinforcing the message.

Equities have yet to turn around based on the latest move in rates and Fed wording. The US Dollar too has yet to resume its uptrend, so equities are not alone in calling the Fed’s bluff. We watch for the money and bond markets usually for the first clues. Recent CTA positioning data shows massive shorts in EURUSD, so perhaps that covering is holding the US Dollar back for now.

The S&P 500 index is still moving lower but in slow and measured steps. It is back to small support highlighted in the hourly chart, but the gap to fill is down to 3,859. A break there may be a catalyst for a move lower to 3,806. On Friday we have notable option expiries with resistance at 4,000 and 4,100 from gamma hedging, according to Tier 1. 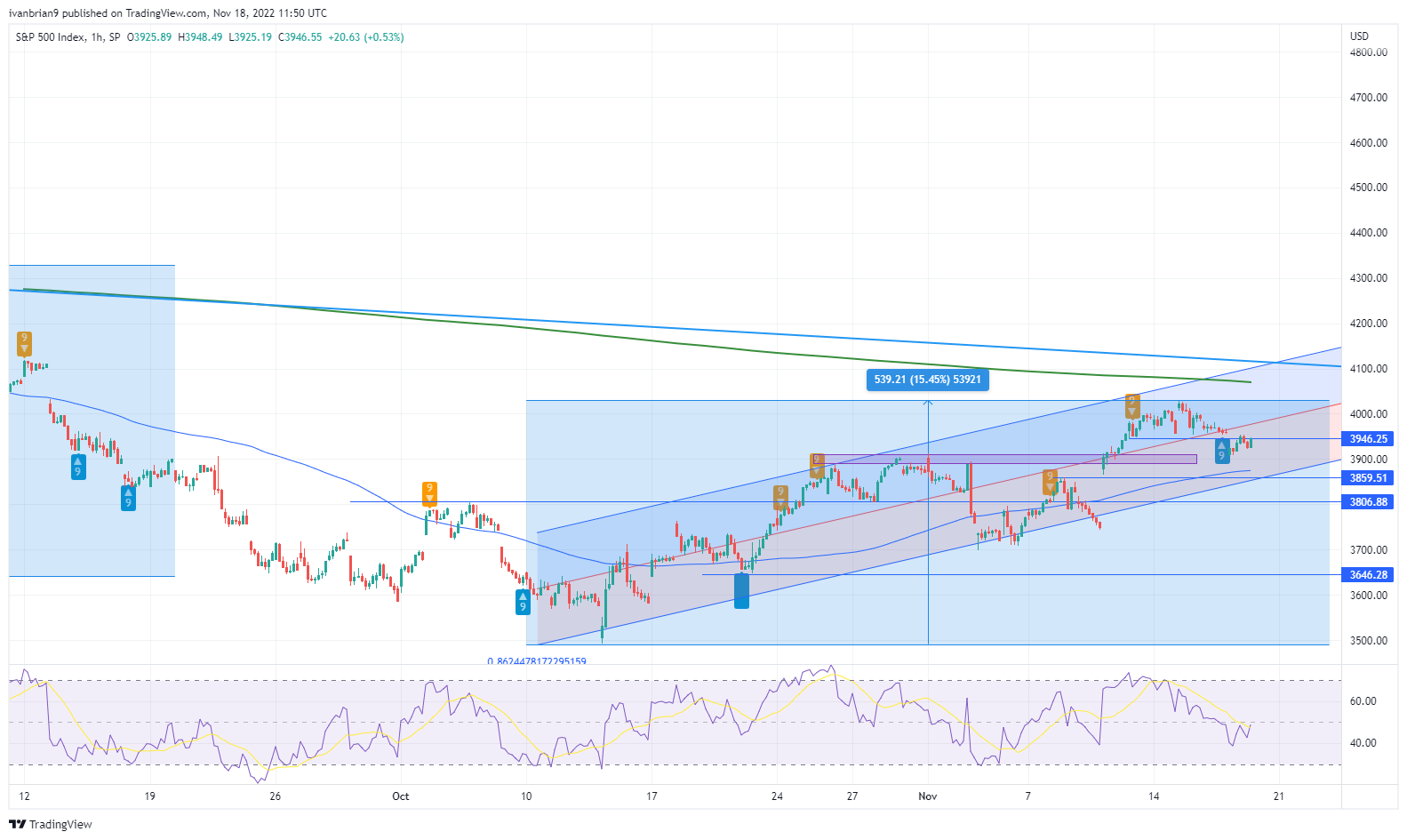