Tesla delivered 405,278 vehicles in the fourth quarter. That was a new record but it was far short of analysts’ estimates of 431,117.

Tesla Inc shares started 2023 where they left off last year, plunging more than 14% on Tuesday on growing worries about weakening demand and logistical problems that have hampered deliveries for the world’s most valuable automaker.

“Demand overall is starting to crack a bit for Tesla and the company will need to adjust and cut prices more especially in China, which remains the key to the growth story,” Wedbush Securities analyst Dan Ives said.

Global automakers have in the past few months battled a demand downturn in China, the world’s top auto market where the spread of COVID-19 has hit economic growth and consumer spending.

Tesla is offering hefty discounts there as well as a subsidy for insurance costs.

At least four brokerages cut their price targets and earnings estimates on Tuesday, pointing to the deliveries miss and Tesla’s decision to offer more incentives to boost demand in China and the United States, the two largest global auto markets. 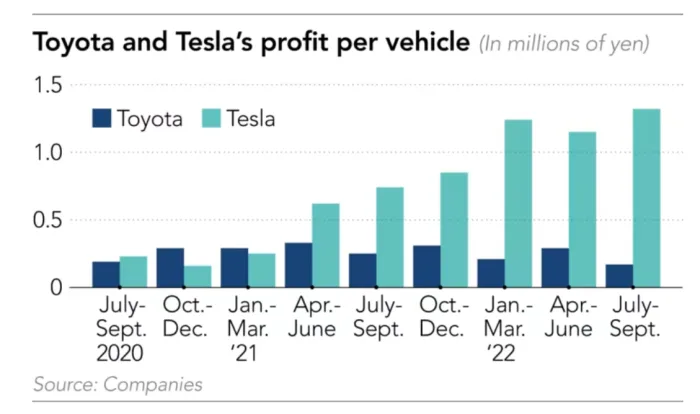 One could have bought TSLA at $11.80 in mid-2019. At that point sales and margins were low. The above chart shows Toyota made a bigger profit and made more cars in the fourth quarter of 2020.

Toyota did better even in the first quarter of 2021 but shares by then already soared to $300.

For the stock to be reacting how it is, at least one of those factors is in play.

At $415 per share, the market believed Tesla could maintain profit margins and sales would expand.

Shares are now plunging fast. If you think the market is irrational and Tesla will hold margins, you have a buying opportunity. 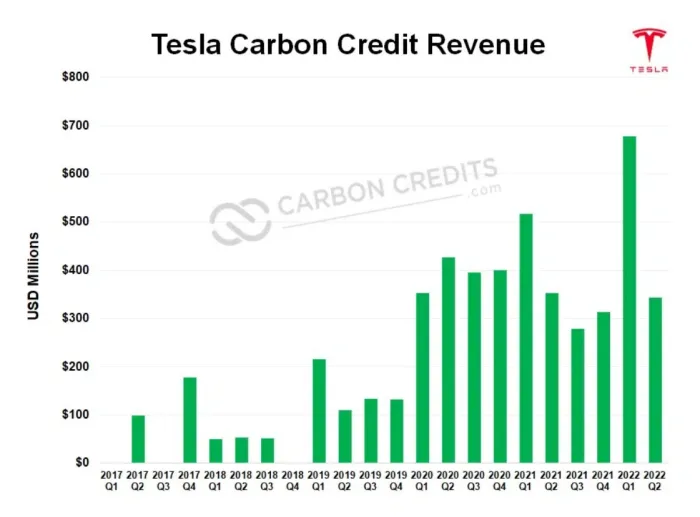 Since 2017, Tesla has made ~$5.1 billion from the sale of regulatory carbon credits as shown above. The credits sold help other automakers meet their emissions regulations and bypass billions in fines.

Though it’s common practice for other automakers to buy carbon credits from Tesla to offset their emissions, it’s not a sustainable strategy. To meet stricter regulatory mandates worldwide, an industry-wide shift to EVs is crucial.

Where are the minerals? 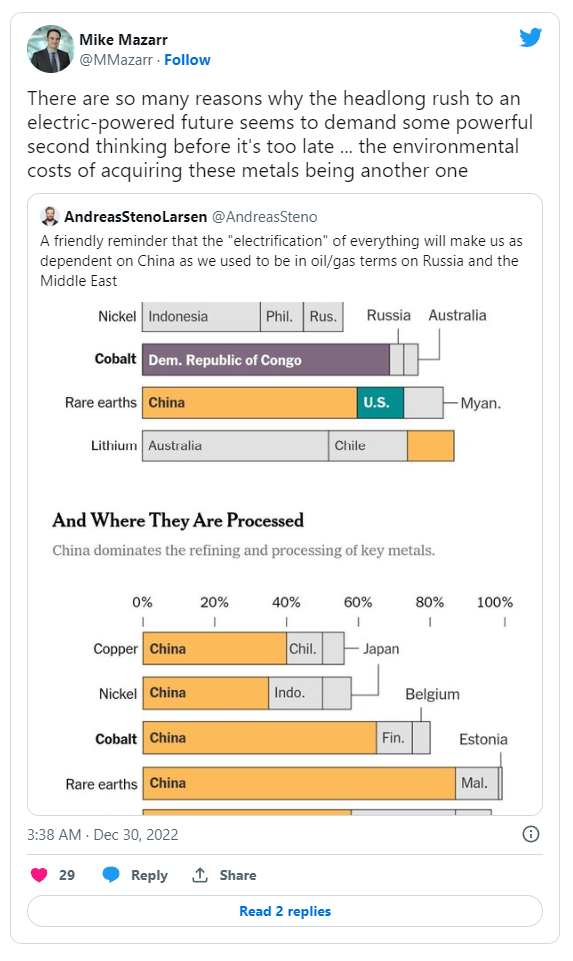 A mad rush to build more EV factories, but where are the minerals?

Please note A Mad Rush to Build More EV Factories, But Where are the Minerals?

Questions of the day

If the cost of minerals surge, there is more competition, demand slumps in a recession, and carbon credit revenue sinks, what does that do to Tesla’s profit margins?