Tesla Inc (NASDAQ: TSLA) released first quarter earnings post market on Wednesday with the stock rallying +5.6% after hours. Leading into the result, TSLA fell -5% on Wednesday to $977.20 while the Nasdaq retreated -1.2%. Tesla has gained 2 spots this week and is currently the second Most Widely Held Stock on Fintel’s leaderboard currently!

Tesla reported Q1 EPS of $3.22 (excluding significant items) vs consensus estimates at ~$2.25. Q1 sales were $18.8 billion, beating the markets forecast by 900 million with Adjusted EBITDA also ahead by $800 million. When looking at segments, Automotive, Services and Other beat expectations while Energy Generation and Storage under impressed.

During the earnings call, management discussed challenges in supply chains that have persisted over the year, coupled with chip shortages and Covid outbreaks that disrupted factory operations. The rising costs of raw materials and the inflationary nature of the firm’s cost structure contributed to adjustments in product pricing. Tesla noted that they expect to produce over 1.5 million cars this year which is relatively in-line with the Street’s consensus estimate.

In other recent news, the Wall Street Journal reported that production has resumed in Shanghai, although second quarter earnings remain at risk (article link).

TSLA shares are down -18.6% since the beginning of 2022 but remain +31.3% higher over the last year. While the stock has seen some selling pressure with peer high-growth tech names, it has been a clear outperformer and continues to warrant a higher valuation according to the market.

Looking ahead, the market is forecasting deliveries of ~330K for the second quarter.

Pilippe Houchois from Jefferies believes the EPS beat was driven by the fall in the cost of goods sold (COGS) per unit despite raw material and logistics inflation. The analyst remains ‘buy’ rated.

Brian Johnson from Barclays expects the bounce in shares to continue following Elon’s discussion about the firm’s bright future on the earnings call.

TSLA has a consensus ‘overweight’ rating with an average target of $983, implying a +0.6% capital return to the current share price. We note that over the past 2 years there has been a relatively even split between bullish/neutral/bearish ratings across the market.

These are some key metrics that we have highlighted from Fintel’s Quant analysis that interested us: 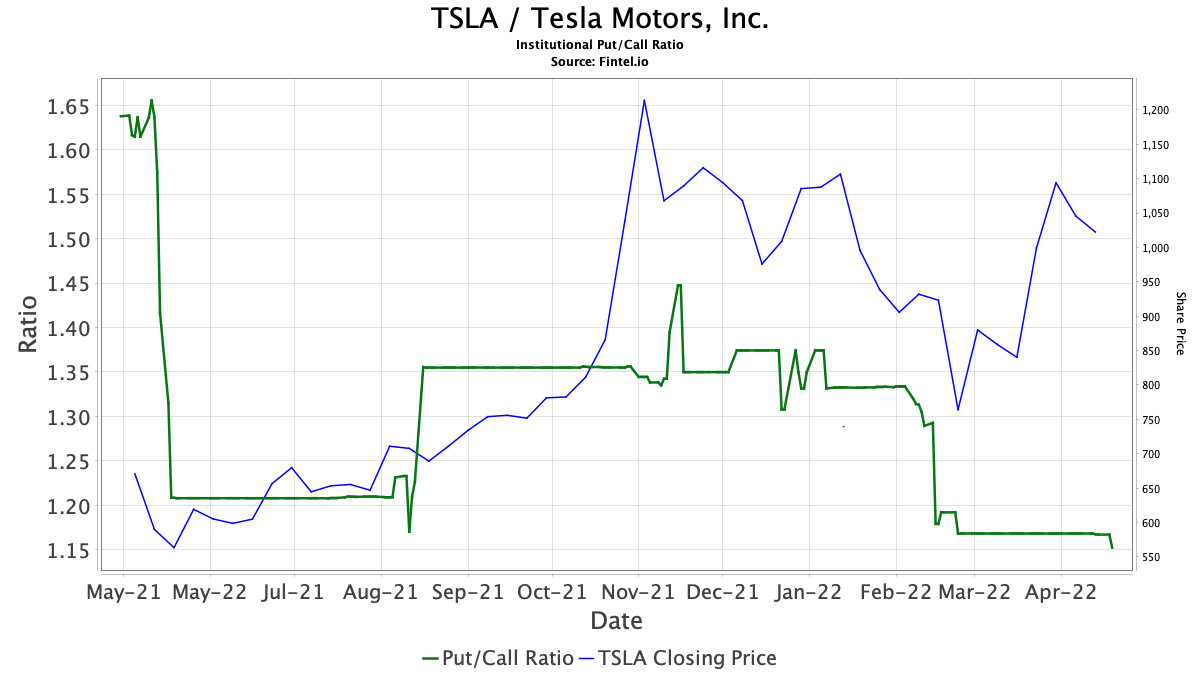 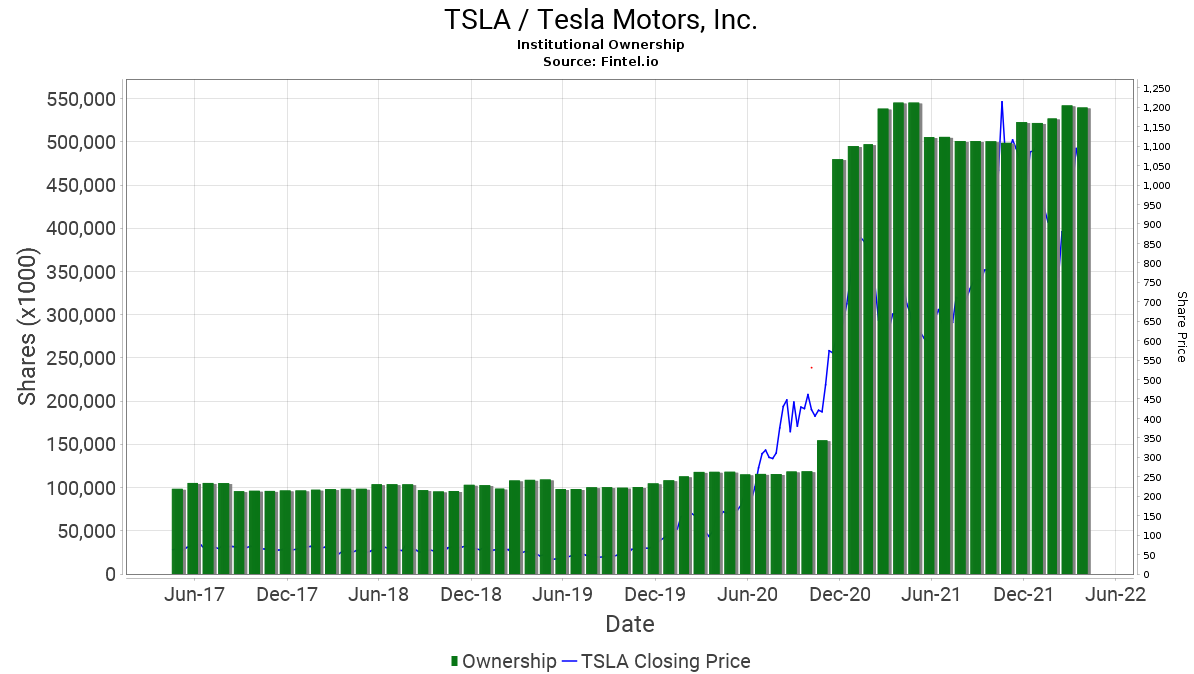