The outperformance looks to have been charged up by the news that Tesla is expecting a strong delivery push to end the quarter. This has increased expectations that Tesla could see a record quarter for deliveries. Electrek reported on an internal email from Tesla to employees not working in sales and delivery to help deliver to customers by the end of the quarter. The current consensus has deliveries for the quarter at 350,000, so any outperformance would be seized on by bulls.

The choppy range continues, but overall Tesla is holding up much stronger than the overall market. It remains well above June lows, while the main indices have pierced through those lows this week. Failure at $314.64 was a bearish sign, but so far we have little follow-through on the sell side. $266.15 was defended by bulls, and now we reenter the choppy zone around $281.

Overall, equities remain challenged, and valuations are likely to fall. Tesla is likely to get a boost if those reported numbers for the end of quarter deliveries are correct. That would again lead to a test of $314.64, which would really need to be broken. The more a level is tested the weaker it becomes. A break there would see the top of the trend at $350 as the logical target.

Currently, we do have a triangle formation with a series of higher lows and the cap at $314.64. Usually, triangles result in a powerful breakout, but the direction of that breakout usually occurs in the recent direction, which here is lower. For me, $314.64 and $266.15 are the key levels to watch. 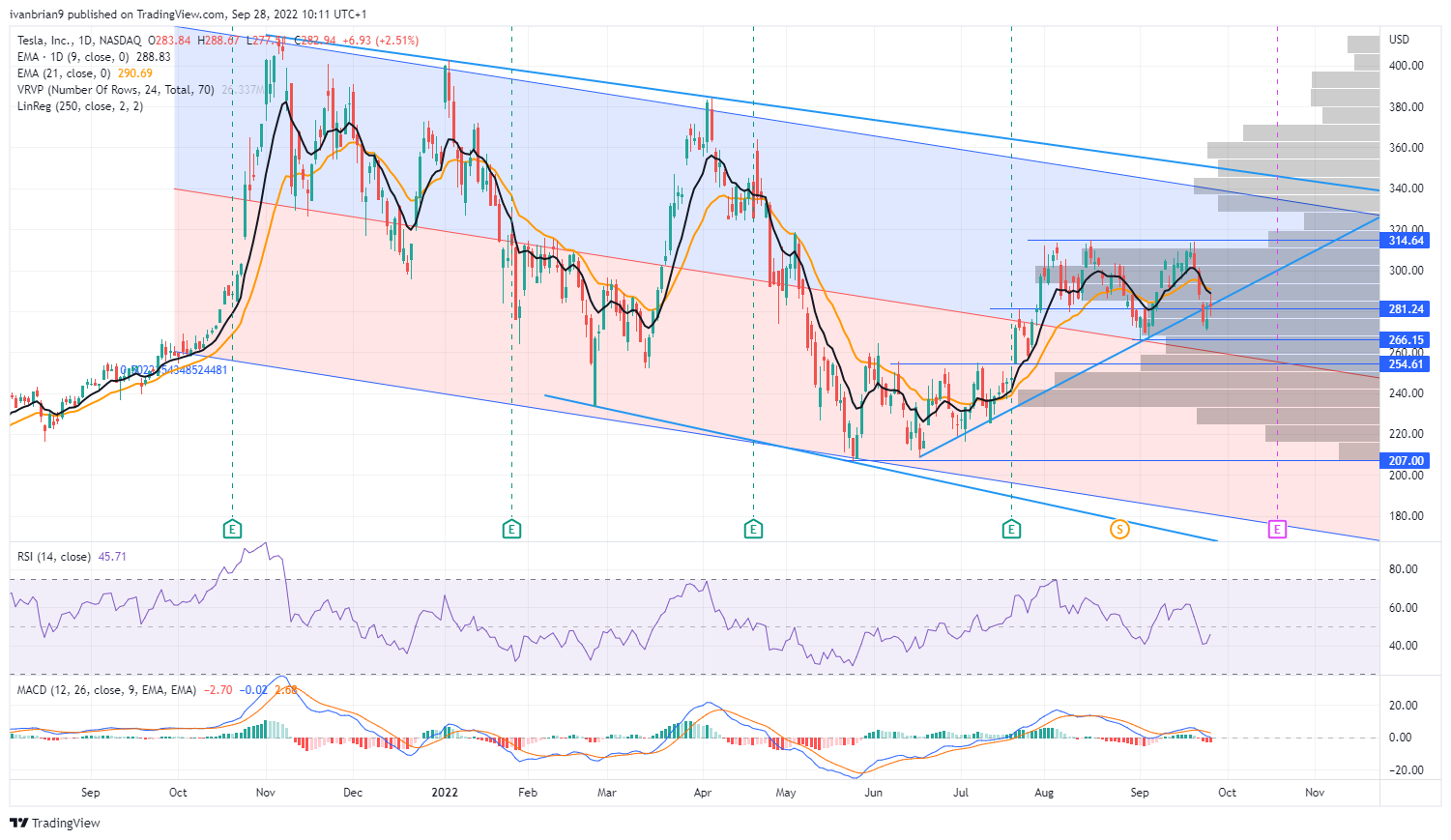